Samsung Electronics announced that it launched the Dream the Blues campaign alongside Chelsea FC, providing a once-in-a-life-time football experience for youths. 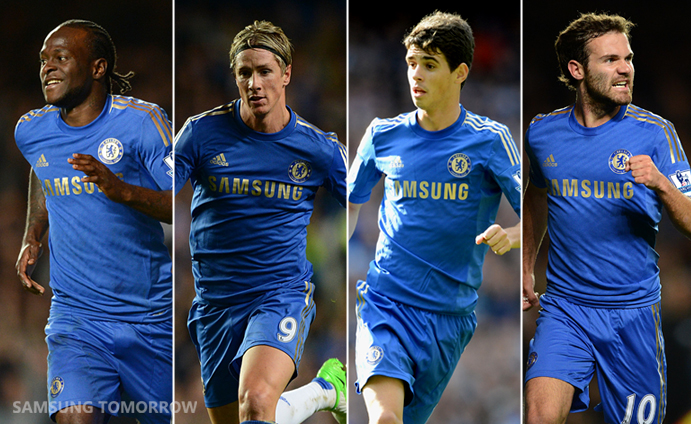 The Dream the Blues campaign, spanning eight countries across four continents, aims to encourage football-loving youths from age 9 to 13 to achieve and grow their football dreams. The initiative is an expansion of the Samsung-Chelsea FC Youth Football Camp program, giving the opportunity to train children for the next generation of football players. It has already benefited 5,000 youths across the world since 2007.

During this campaign, Samsung and Chelsea will visit each country with youth football camps to provide training for local youths to learn ‘The Chelsea Way’ from Chelsea Foundation coaches. From each of the local camps, the 16 most passionate participants will be selected to advance to the Blues Camp in London to train and meet the Chelsea players. The final camp will also be an opportunity for the participants to build global friendship through football in a fun and exciting environment.

The opportunities to apply for the campaign will be given to Samsung home appliance consumers in Mexico, Nigeria, Ghana, Republic of South Africa, China, Thailand, Brazil and Turkey. The campaign will kick off from Mexico from December 21st, and the local youth football camps will continue in each country, ending in Turkey in April 2013. The Blues Camp will happen in London in May 2013.

Chelsea players Juan Mata, Fernando Torres, Victor Moses and Oscar have been appointed as the campaign ambassadors to promote the campaign to football fans and Samsung consumers around the world. Various versions of campaign videos featuring the ambassadors have recently been launched to introduce the campaign (http://www.youtube.com/samsungtomorrow). The videos express the campaign slogan “The dream starts here” – delivering that home environment, family support and the youth football camps can play important supporting roles in keeping the children’s football dreams alive.