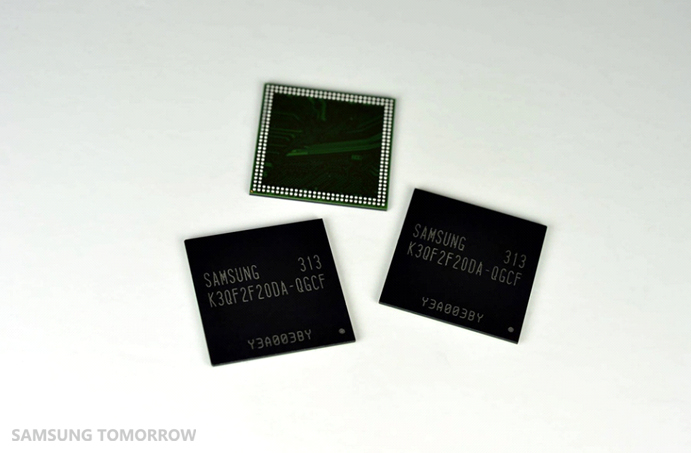 The 4Gb LPDDR3 can transmit data at up to 2,133 megabits per second (Mbps) per pin, which is more than double the performance of the preceding memory standard mobile DRAM (LPDDR2) with a data transmission speed of 800Mbps. This makes it possible to transmit three full HD videos, collectively 17 Gigabytes (GBs) in length, in one second over the new Samsung chip embedded in a mobile device.

While mobile gadgets continue to scale down in height, battery packs have been increasing in size. By adopting Samsung’s 4Gb LPDDR3 mobile DRAM, OEMs can have a 2GB package that includes four of Samsung’s new chips in a single package that meets the memory package height of 0.8 millimeters (mm).

Representing a major growth factor in the DRAM market, Samsung plans to increase production of its advanced 20nm-class mobile DRAM later this year, solidifying its competitiveness as a memory industry leader.

According to market research firm, Gartner, the DRAM market is forecast to grow by 13 percent year-over-year to reach $29.6 billion (US) in 2013, with mobile DRAM to exceed $10 billion in sales, for 35 percent of the total DRAM market.