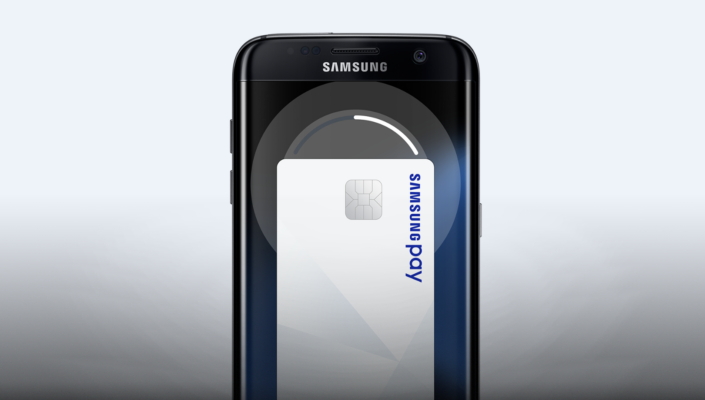 The launch marks a significant milestone in the service’s global expansion, with a number of additional markets, including Brazil, Canada and the U.K., planned this year.

“Samsung Pay’s momentum is bringing us closer than ever to a world without wallets,” said Injong Rhee, CTO and EVP of Software and Services, Mobile Communications Business at Samsung Electronics. “Consumers are seeking convenience, security and ease of use in a mobile payment solution, and these latest launches show how Samsung Pay is providing an even faster and easier experience to a broader base of global users.”

Samsung Pay is fueling strong consumer adoption and a growing partner ecosystem. The service has processed more than $1 billion in transactions in South Korea since its launch less than a year ago, demonstrating the increased adoption and showcasing its position as a preferred service for making secure, convenient payments.*

Also since launching in the U.S. in September 2015 with four banks and support for credit, debit and private label credit card payments, Samsung Pay is now supported by 300 major and regional banks and credit unions. Value-added services such as gift cards, and membership and loyalty features have been added as well with more than 110 merchants joining Samsung Pay’s Gift Card program and more than 140 retailers participating in its membership and loyalty cards program.

More Than a Payment Service

Building on its extensive ecosystem, Samsung recently announced partnerships with both Citi for Asia Pacific and Ant Financial Services Group, parent company of Alipay, in China that further bolster Samsung Pay’s compatibility with payment networks and banks, and provide choice and flexibility to its users.

Samsung Pay, a secure and easy-to-use mobile payment service, can be used to make purchases almost anywhere cards are accepted.

Additionally, Samsung Pay continues to evolve and expand its services beyond payments, now offering U.S. users gift card, membership and loyalty card support. This gives them easy and direct access to receive savings, rewards and other applicable offers all from their Galaxy smartphone. Users in other global markets can soon expect to see additional value-added services that enable them to make more than just payments in their respective regions.

Samsung Pay is currently available on select Galaxy devices including the new Galaxy S7 and S7 edge, S6 edge+, Note5 as well as premium and mid-range options like the 2016 models of the Galaxy A5, A7 and A9.***

** Availability almost anywhere is based on compatibility of Samsung Pay on MST and/or NFC payment terminals, with some supported for use only after software upgrades. Samsung Pay will be available soon for Galaxy S6 and S6 edge on the Telstra network. Samsung Pay is exclusive to selected Samsung Galaxy smartphones only, and available across all participating payment networks, banks, and merchants. Availability may vary, please check for updates.

*** Availability may vary by country and region.