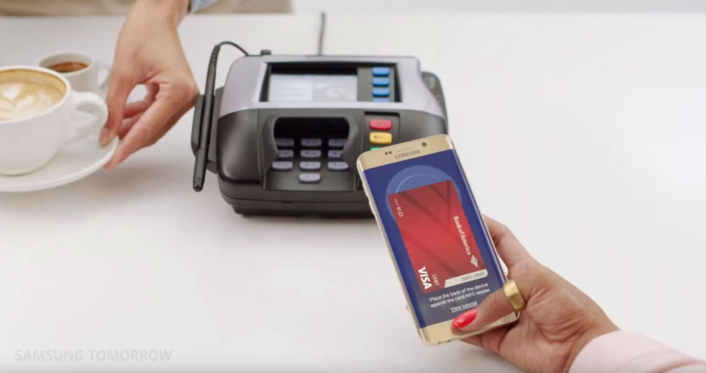 Just four weeks after its launch in the U.S., Samsung Pay is proving its biggest advantage is broad acceptance enabled by Samsung’s MST (Magnetic Secure Transmission) in combination with NFC. MST is the patented technology built into the Samsung Galaxy S6, Galaxy S6 edge, Galaxy S6 edge+ and Galaxy Note5 that transmits tokenized card data to the magnetic card readers of EMV terminals and magnetic stripe terminals. Of U.S. consumers who have paid with Samsung Pay, there is strong indication of repeat usage with an average of eight transactions per user. Data also show that three out of four Samsung Pay transactions were made via MST, validating that combining MST and NFC makes Samsung Pay the most accepted mobile payment system.

“After one month, the numbers say it all: Consumers who have used Samsung Pay are using it repeatedly because it works almost anywhere you can swipe or tap a card,” said Thomas Ko, Vive President and Global Co-general Manager of Samsung Pay. “We’re thrilled to introduce new partners that will build on our early success, and move us even closer to a world in which your mobile phone is a true mobile wallet.”

Samsung Pay is also deepening relationships between consumers and retailers—enabling shoppers to use gift cards on their phones at their favorite stores, through a partnership with Blackhawk Network that includes dozens of top retailers in categories like grocery, fashion, entertainment and dining. By the end of this year, consumers will be able to load and use these gift cards.