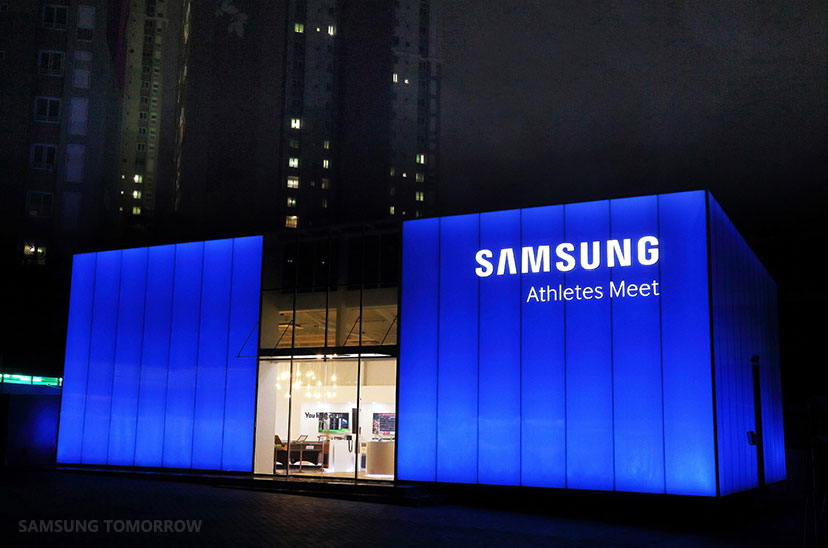 The Universiade Gwangju 2015 kicked off on July 3 as university student athletes from around the world descended on the South Korean city. “Universiade” is a combination of the words “university” and “Olympiad”. The multi-sport event has the stated mission to develop the education and culture of university students worldwide through sports. It takes place every two years and is split into summer and winter events. It is a premier world athletic competition for young athletes, as almost half (48 percent) of Olympic medalists were also Universiade medalists.

This year’s event includes athletes and officials from 170 countries. The event includes 21 sports ranging from archery, golf, swimming, rhythmic gymnastics, basketball and more, and wraps up on July 14.

Samsung is a Global Premium Partner of Universiade Gwangju 2015, the highest level of sponsorship for the event. Samsung is providing about 9,000 appliances, including air conditioners, refrigerators, computers, TVs and mobile phones, which can be found within the athletes village and at event venues. Samsung is also operating on-site experience centers. 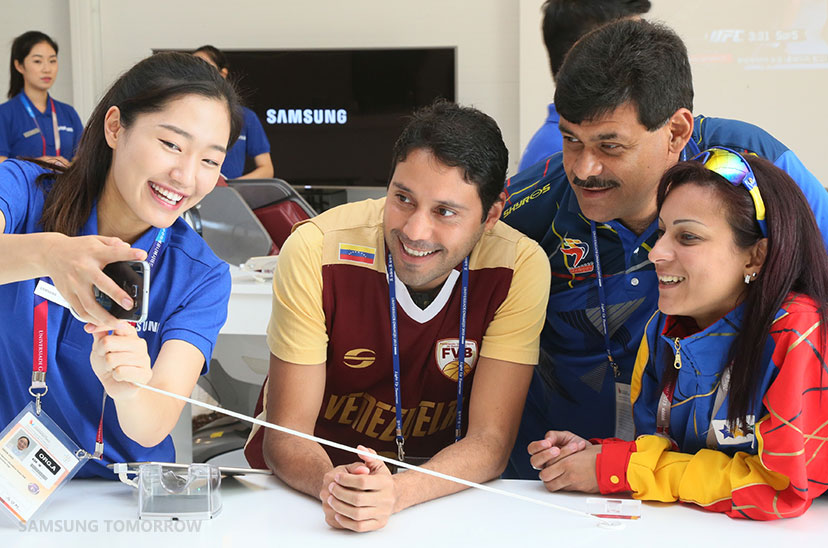 To support these young athletes, Samsung has introduced the “You Light Me Up” campaign to encourage participants to cheer on fellow competitors in the name of friendship and sportsmanship. This campaign aims to foster an atmosphere of partnership in place of rivalry. Samsung officially kicked off its You Light Me Up campaign with a new video that highlights how the intensity of competition can bring out the best. Athletes can share encouraging messages to cheer on their fellow competitors through an app on Samsung devices at the “Samsung Athletes Meet” exclusive lounge.

Samsung Athletes Meet is located in the heart of the athletes village. It provides a relaxing atmosphere for participants to come together and make new friendships during the games. The venue offers amenities and facilities to allow athletes to mingle and enjoy themselves with Samsung’s cutting-edge products. At the venue, athletes can play pool, watch a Curved SUHD TV or enjoy a bit of virtual reality with Gear VR. An exclusive smart rental program lets athletes have fun with Samsung’s latest gadgets such as the Level On and Gear S, and a one-point lesson shows athletes how to use the devices. 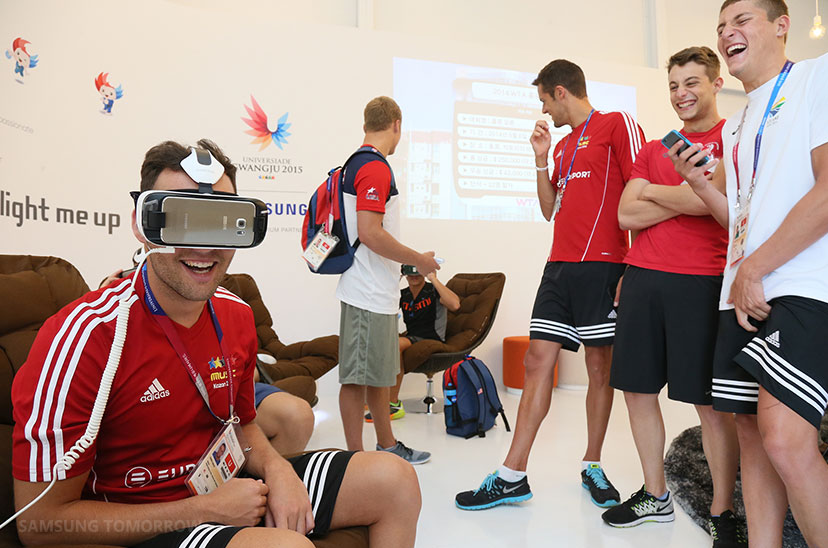 As a part of the You Light Me Up campaign, Samsung is also hosting two “Uniform Exchange” events to continue the culture of sportsmanship. The first event was held on July 7, and the second event will be held on July 12 at the Samsung Athletes Meet lounge. Athletes can participate by visiting the lounge wearing their uniforms with the athlete to whom they sent a “You Light Me Up” message. Athletes can also exchange uniforms randomly with others. This event is inspired by Samsung’s “Dream Exchange,” held at the Incheon Asian Games 2014.

To further share the spirit of the games, Samsung provided the opportunity for executives and the general public to participate as torchbearers in Universiade Gwangju 2015 Torch Relay. Selected employees at Samsung’s Gwangju facility, and participants of Samsung Electronics’ various citizenship programs, were given the once-in-a-lifetime opportunity to take part of the Torch Relay for Universiade Gwangju 2015. 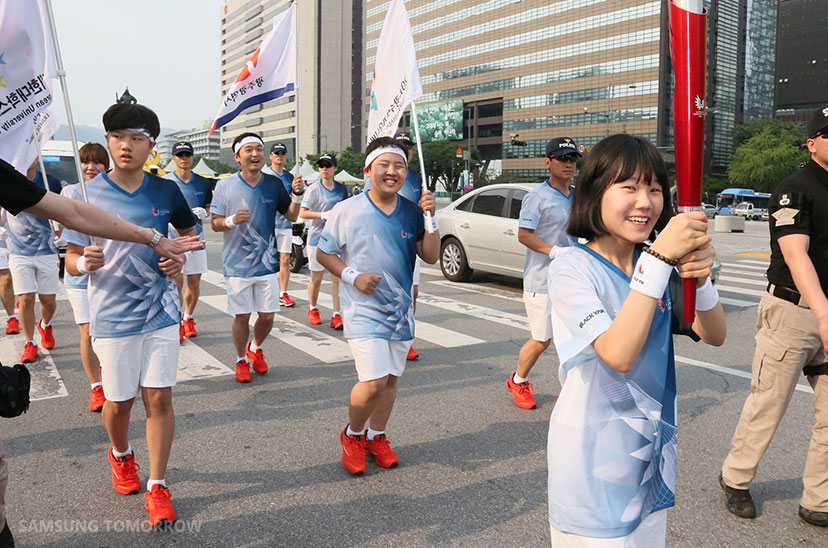 The Universiade being a young and energetic games, Samsung focused on providing an opportunity for the athletes to share friendship beyond competition. We will contribute to creating a festive atmosphere for more people to enjoy the games here in Gwangju.” said Won-Pyo Hong, the President and the Chief Marketing Officer of Samsung Electronics.

Samsung is a proud sponsor of Universiade Gwangju 2015, which celebrates athleticism and sportsmanship for young athletes. It promises to be a dynamic event that combines education, culture and sports and promotes a challenging, fearless spirit and a passion to achieve goals for its young participants.