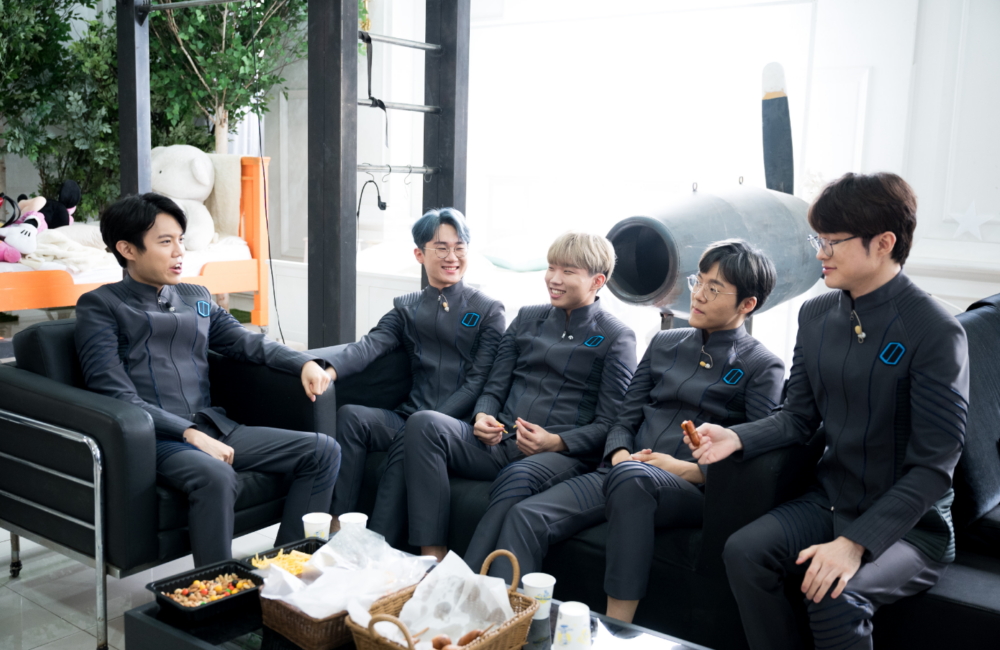 LCK is a Korea-based league and competition for players of the globally popular online game, League of Legends. The league operates two seasons per year, and is renowned for featuring fierce competition between players. LCK events record an average of 4.36 million viewers per day, which has led the T1 team to gain widespread popularity following their ninth championship win. So, what would the elite gamers from T1 make of Samsung’s innovative new gaming monitors?

The Reviews Are In: Immersive and Comfortable on the Eyes

Samsung introduced its Odyssey G7 and G9 gaming monitors at CES 2020, and in doing so provided competitive gamers with a powerful new tool. The new monitors cater to the needs of professional gamers by providing a 1000R curvature, 1ms response speed and 240Hz high refresh rate. 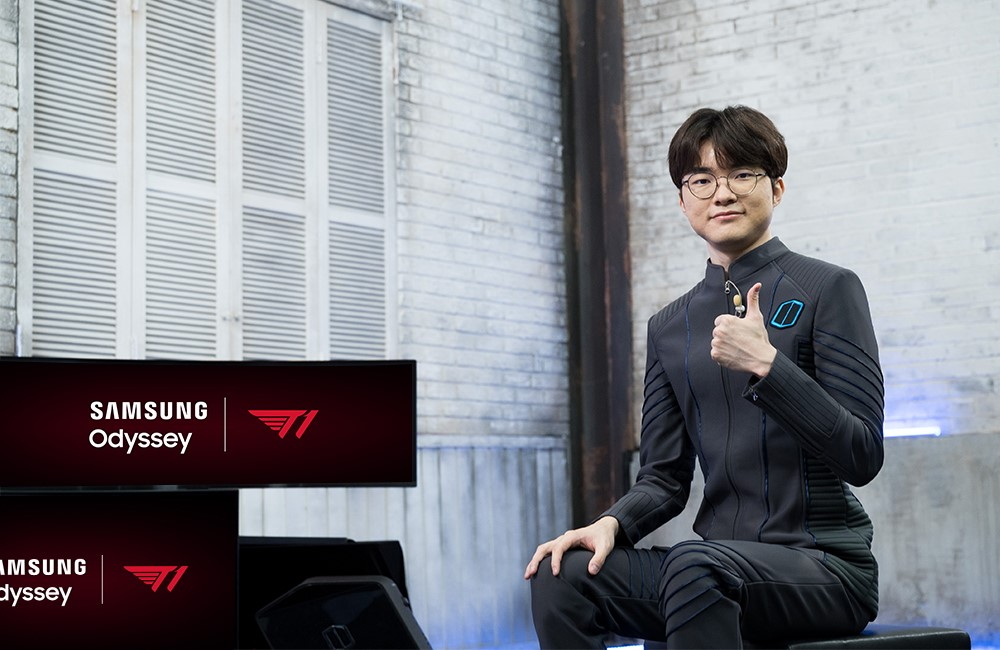 Star gamer Sang-hyeok “Faker” Lee is one of the world’s best professional gamers, recording a total of 2,000 kills while participating in 561 matches in the recent LCK season. He was satisfied with the Odyssey monitors’ optimized curvature and said, “I was a little worried that I would find it hard to adjust after using a flat monitor for so long, but I actually found the new monitors to be more comfortable on my eyes. Since I play games all day long, it is very important that I use screens that are easy on my eyes, and these new products meet that need well.”

This season, Chang-dong “Canna” Kim was awarded the ‘Royal Roader’ title after winning the LCK championship as a rookie player. Speaking about the Samsung monitors, he said, “When you’re a gamer, your monitor is like a second pair of eyes. Competitive gaming requires a lot of focus, and the monitors make it easier to maintain that concentration while improving immersion with their curvature.”

Because a multitude of characters and graphic effects are displayed simultaneously in League of Legends, high-speed scanning and fast response rates can prove instrumental to winning matches. Jin-sung “Tedd” Park said, “I think a gamer’s monitor is their most important piece of equipment, as you can really feel the difference when you’re using a monitor with a high refresh rate. Faster response speeds and smoother display transitions really help to improve the game-playing experience.” 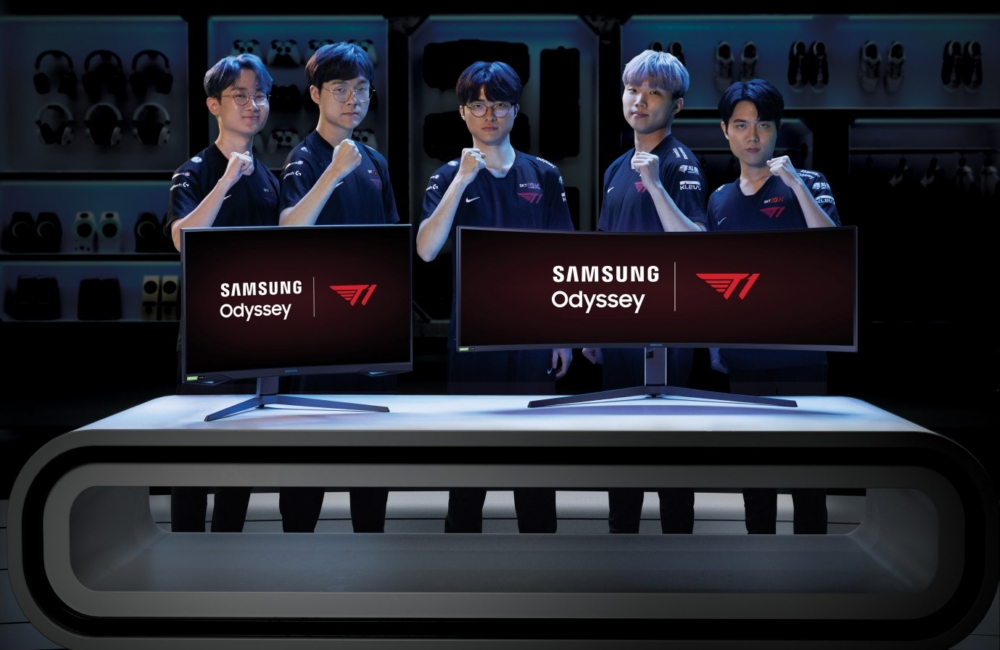 And Samsung’s Odyssey G7 and G9 monitors stand to improve a host of other experiences too. Asked which other games he would like to play on the Odyssey monitors, Uchan “Cuzz” Moon said he would like to try playing character-centric, open-world RPG games on the screens. He said, “The G9’s ultra-wide 32:9 screen ratio facilitates immersion, while allowing me to see more of the map and providing a better view of combat scenes.” His teammate Sang-ho “Effort” Lee said, “As well as being very well-suited to playing games, the new monitors are also excellent for watching videos on. I enjoy watching food commentary channels, and the new monitors make the food featured in those videos look more three-dimensional and realistic.” 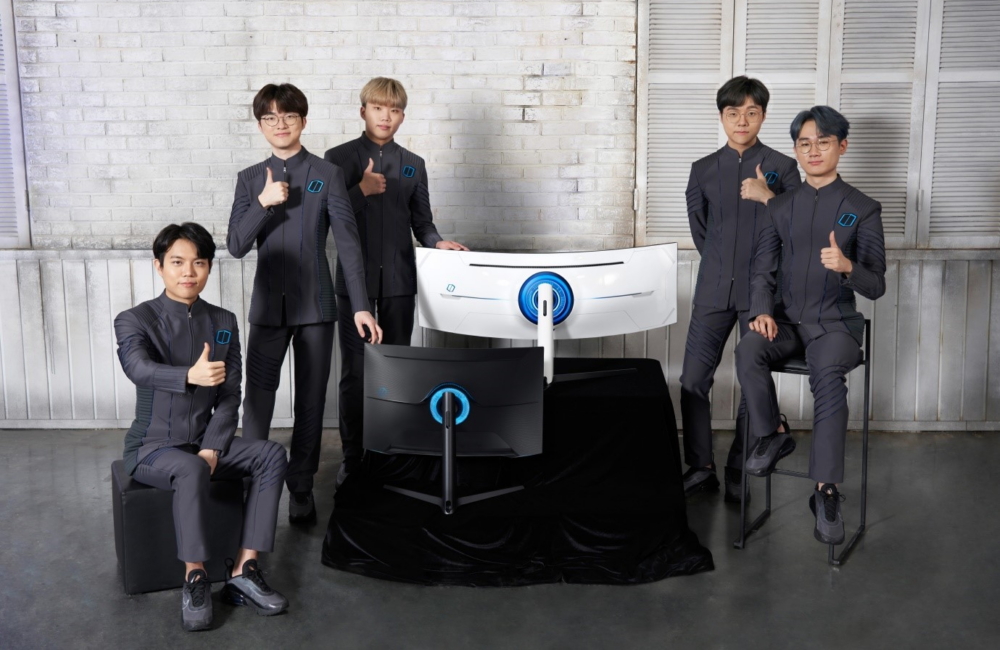 As important as functionality is, it is a monitor’s aesthetic appeal that can really serve to set it apart. In particular, gamers who broadcast or stream directly from the rooms where they play need to take how their set-up looks into consideration.

The members of T1 highlighted the colors of the G9 monitor as one of the solution’s most appealing features. Speaking about how the new monitors look, Cuzz said, “The clean, white design of the Odyssey monitors transcends the typical black or grey color scheme,” while Faker added, “The monitor’s pale color scheme provides a feeling of space and openness to whichever room it’s placed in.”

The Odyssey G7 and G9 monitors incorporate infinity core lighting technology on their backs that feature 52 different colors and five lighting effects to provide a futuristic aesthetic. After seeing how the ambient lights inside the monitor change color, Chang-dong “Canna” Kim said, “The lights make the monitor and the surrounding environment feel more stylish.”

Speaking about his team’s recent championship win, T1 team leader Faker said “Our recent matches took place without spectators in the venue, so we weren’t able to spend time with our fans this time around; however, we’re looking forward to being reunited with all of our valued fans next season.”

We wish the members of T1 and all the other gamers who use Samsung gaming monitors the best of luck.

Check out the T1 partnership video below.