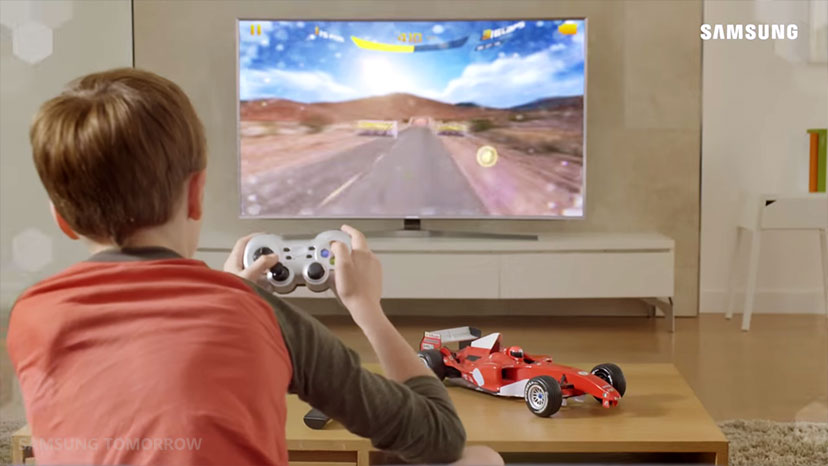 Smart TVs are emerging as the new way to game, along with PCs and mobile devices. Easy-to-play games for the whole family and a rich, immersive gaming experience on a big screen make smart TV games even more attractive.

Samsung Electronics, a leader of the global TV market, has sold almost 100 million smart TVs around the world and now is trailblazing the TV gaming industry. More than three million users access the Samsung Smart TV GAMES service every month. There are three core reasons why Samsung Smart TV GAMES is uniquely enjoyable. 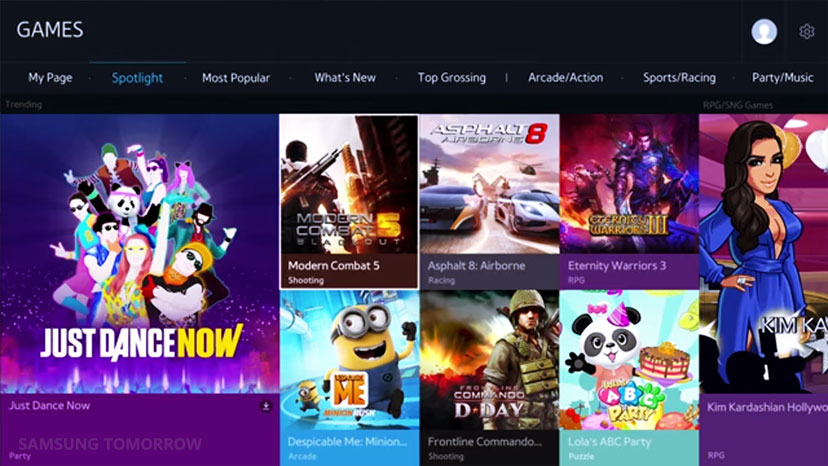 1. No complicated work, jut turn on the TV

One of the great things about Samsung Smart TV GAMES is that you don’t have to spend time on connecting and setting up devices like with set-top boxes, game consoles and game controllers, which can be cumbersome. You can instantly enjoy games by turning on your Samsung smart TV. You can immediately see category of games on the GAMES menu, found on the Smart Hub panel of your main screen. 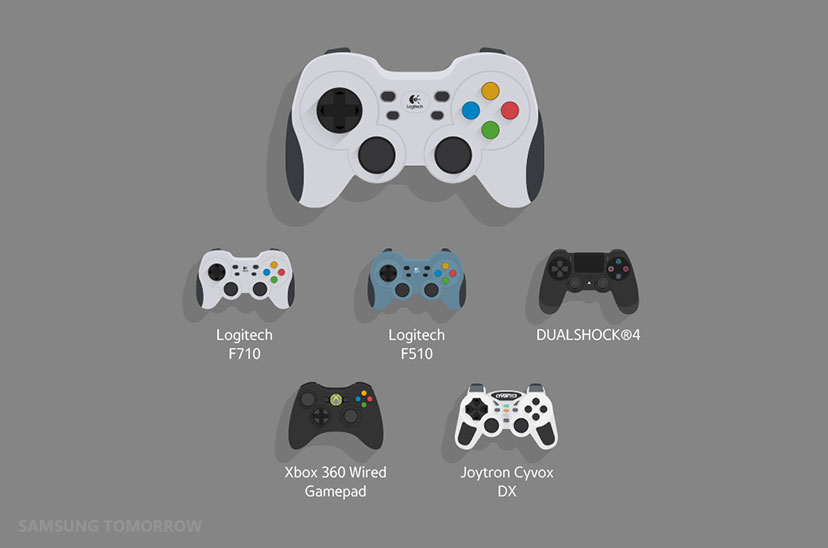 You can also enjoy popular console games on using smart TV via streaming with Samsung’s global game maker partnerships. Samsung provides streaming services through Play Station Now in North America and through GameFly in 21 countries around the globe, including Europe, North America and Latin America. 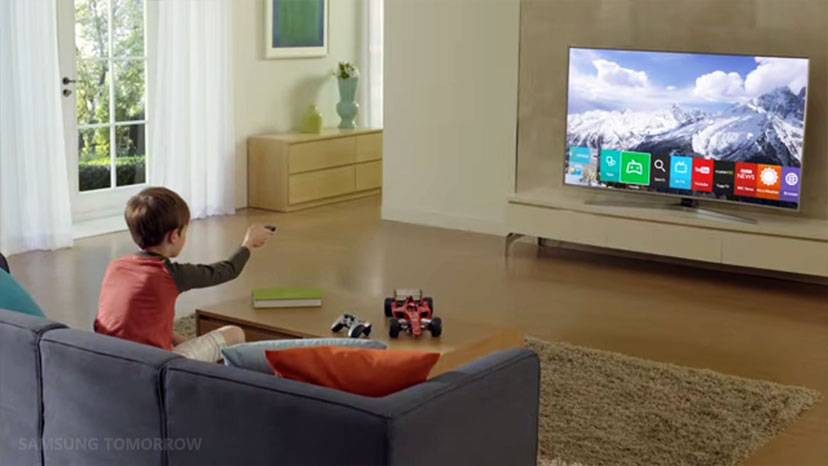 Smart TV game services are unique because it feels more realistic when playing games on a screen two to three times larger than PC monitors. This year, UHD TVs have been rapidly gaining popularity in the market for their display, which provides four times clearer picture quality than Full HD TVs. More importantly, Samsung has applied a specialized engine and other technologies to its SUHD TVs, which are being recognized for having more superior picture quality than other TVs released in the market so far. 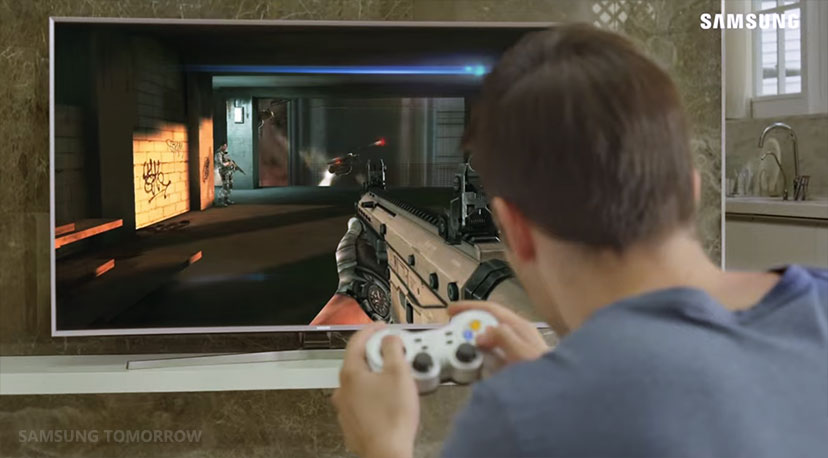 Playing games on Samsung’s Curved TVs fully immerse you in the game. Additionally, you will experience less eye soreness. Because curved screens measure the same distance from the center or the edges of the screen, your eyes do not have to work as hard to adjust. 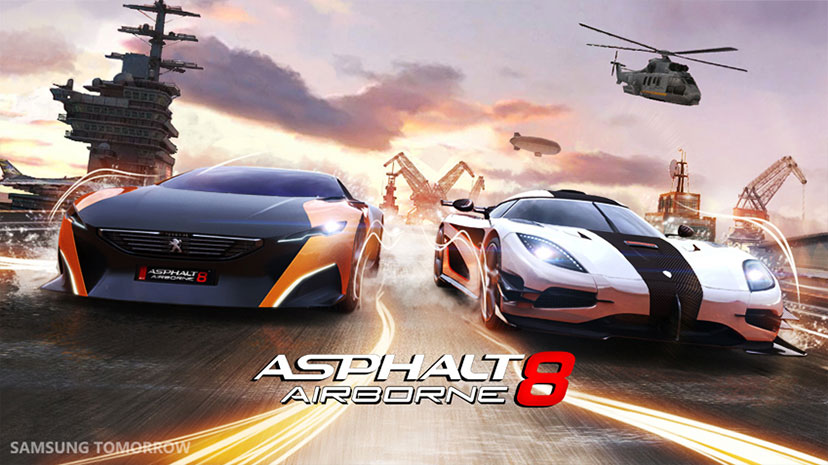 3. Games for families to enjoy together

In partnership with companies such as Gameloft, EA and Ubisoft, Samsung has released more than 60 smart TV games, in many categories including sports, racing, music playing, puzzles, first-person shooter (FPS) games and roll playing games (RPG). Samsung has also partnered with Sony and GameFly, to provide a variety of online streaming games. From Tetris to Just Dance Now, scheduled to be available beginning later this year, Samsung Smart TV GAMES makes it easy to enjoy time with family and friends. 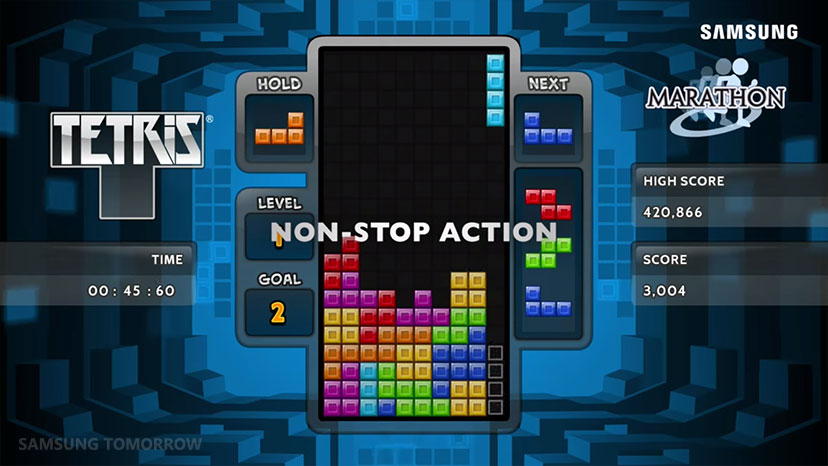 “Smart TV users prefer games like sports or racing games that they can play with family or friends,” said Yong Chan Kim, Vice President of Visual Display Business at Samsung Electronics. “Considering such needs, Samsung will increase the number of games that can be downloaded to more than 100 by the end of this year, focusing on casual games that everyone can enjoy.”

*All functionality, features, specifications and other product information provided in this document including, but not limited to, the benefits, design, pricing, components, performance, availability, and capabilities of the product are subject to change without notice or obligation..