We Are Greater Than I: Samsung and WSL Present a Film Honoring the Community of Surfing 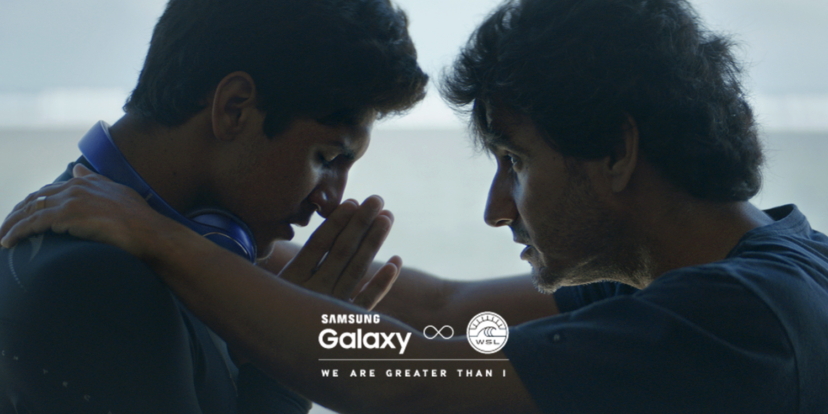 Many people might think of surfing as an individual sport; surfers alone in the water with their thoughts, finding peace in quiet moments and braving the extraordinary, and sometimes merciless, power of the ocean. What those within the surfing community know, is that it is not just a sport but a lifestyle with a great sense of togetherness with each other, a oneness that connects them through their shared love of the water. It both unites and inspires them, fueling the motivation to push themselves to new heights, to achieve the unimaginable.

In technology, as in surfing, companies drive each other to new levels to achieve more. Samsung is the first global sponsor of the World Surf League (WSL), and together they explore the support found within the surfing community, as well as the challenges and negative push back that surfers face through their short film, “Without You, I’m Nothing – We Are Greater Than I.”

“Without You, I’m Nothing – We Are Greater Than I” is the sequel to a film produced by Samsung and the WSL called “Every Day Is Day One,” which recently earned three prestigious awards at the 2015 Cannes Lions International Festival of Creativity. Both films are visually stunning, emotionally captivating and successful in capturing the poignant highs and lows of the surfing lifestyle. The film tells of each surfer’s gratitude for everything that made them and the rest of the surfing community excel. Grateful for both the positive and the challenging experiences, they appreciate all of them equally for motivating to pursue greatness.

The film vividly depicts such negative stigmas and even violent encounters with people who oppose their chosen lifestyle. The film shows how working through these challenges only made the surfing community stronger and more driven. “Without You, I’m Nothing – We Are Greater Than I” emphasizes the courage of surfers who risk their lives to follow their passion, despite doubt and obstacles. 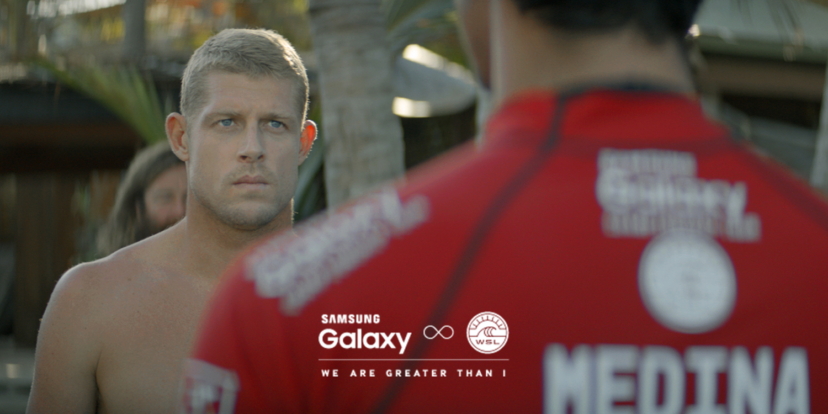 Highlighted in the film are some of the world’s most popular surfers: Gabriel Medina, Sally Fitzgibbons, Mick Fanning, Kelly Slater and Malia Manuel. A personal moment shared between Gabriel Medina and his step-father portrays how the feeling of family is such an integral part of the bond within the community of surfers. An acknowledgement of surf legend Kelly Slater shows how having surf heroes continues to inspire surfers of all levels to try new tricks and keep pushing their own boundaries. A hug between Mick Fanning, three time WSL Champion and 2014 runner-up, and Gabriel Medina, 2014 WSL Champion, represents the admiration and respect surfers have for each other, even in the face of competition. A tribute to Tyron Swan shows him giving the paraplegic mother of his friend the chance to experience the thrill of riding a wave by duct-taping her to his back. 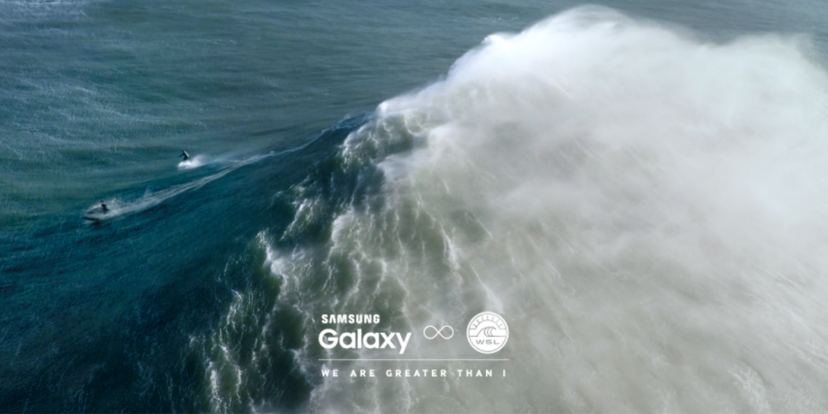 Samsung and WSL are co-developing the Gear S app, specialized for professional surfers, that empowers and equips them with knowledge and data about the sport they love. The app helps surfers in competition by indicating priority signs to catch the best waves at the best times, providing easy access to their individual scores after each wave during the competition, and tracking the time remaining in competitions. 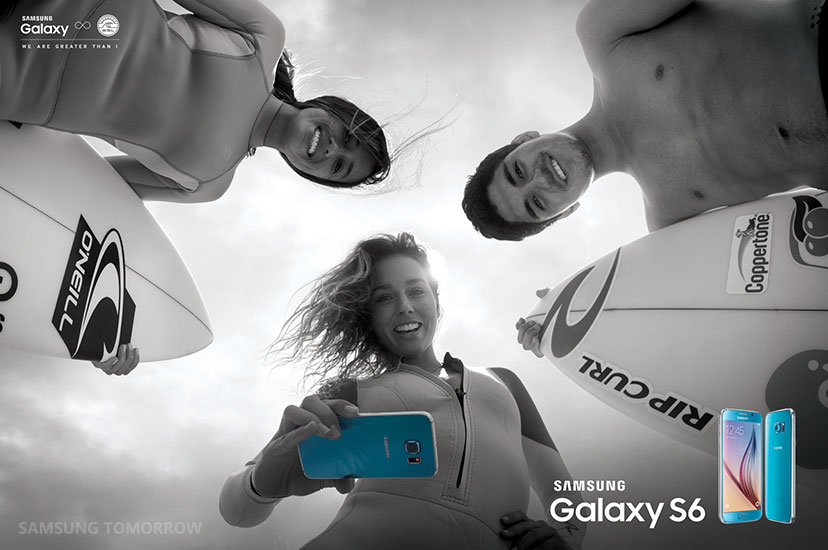