Tatyana took a tour of the Galaxy Studio, which went through a transformation to include several accessibility features to ensure all consumers, athletes and fans are able to take part in a variety of interactive experiences. During her visit, the Paralympic medalist experienced Samsung’s latest wireless communications products such as Galaxy S7, Galaxy S7 edge and Gear VR immersive technologies, as well as unique, hands-on opportunities.

The Samsung Galaxy Studio, which re-opened this week in the Olympic Park, was revamped to help all fans embrace the excitement of the Paralympic Games. The flagship studio in Olympic Park offers unique opportunities for visitors to experience how Samsung Accessibility technology features are designed and utilized to help those with disabilities.

“I’m thrilled to be selected to be part of the Samsung Blogger Program once again to capture and share my excitement to be competing at the Rio 2016 Paralympic Games,” McFadden said while visiting the Samsung Galaxy Studio. “Watching my journey leading up to this moment in the Social Galaxy Room allowed me to put all my hard work into perspective. I can’t wait to see what the rest of the Paralympic Games will bring!” 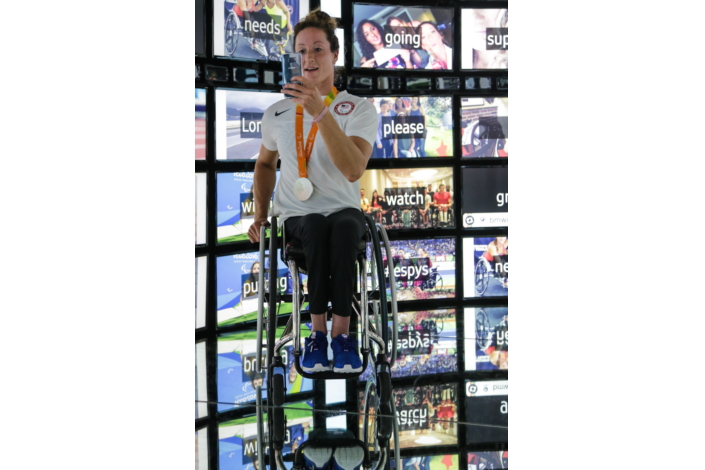 Inside the Social Galaxy Room, Team USA Paralympic Track and Field Athlete, Tatyana McFadden was able to see her past Instagram moments come to life in full 360 at the Samsung Galaxy Studio in Olympic Park in Rio de Janeiro, Brazil on Saturday, September 10th 2016. 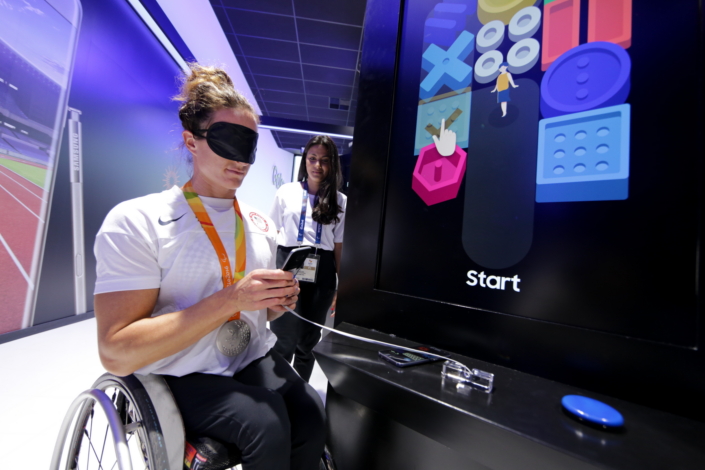 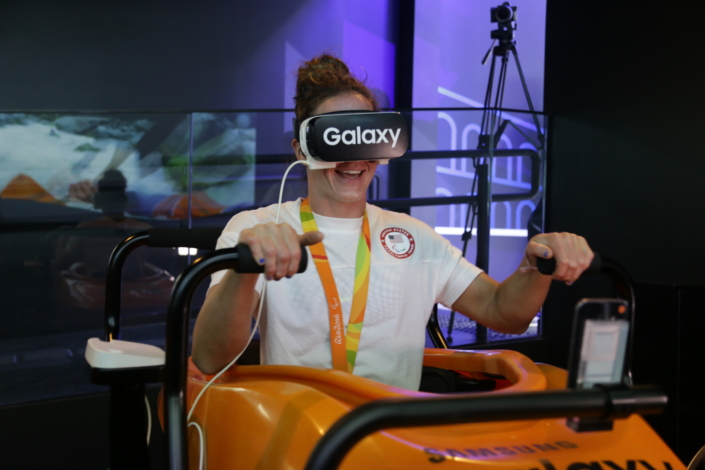 Team USA Paralympic Track and Field Athlete, Tatyana McFadden, is all smiles as she experiences the high-speed thrill of simulated Olympic kayaking through 4D motion virtual reality at the Samsung Galaxy Studio Olympic Park in Rio de Janeiro, Brazil on September 10th, 2016. The film is displayed through the Samsung Galaxy smartphone and Gear VR. 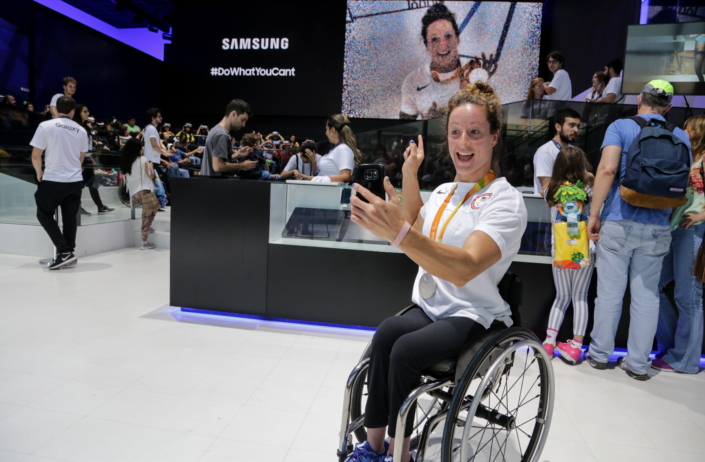