Over 100 students from 6 prestigious IT universities in Northern Vietnam enjoyed an unforgettable one-day trip to Samsung Vietnam R&D Mobile Center (SVMC) in Hanoi. The event, called SVMC Open Day 2016, was an occasion for young, talented students to learn more about Samsung technologies and meet with Samsung software engineers. The day conveyed a strong message: “Let’s be a part of Samsung’s future!”

“I heard that Samsung built and developed an R&D center for mobile technology in Vietnam. I really wanted to learn more about it,” said Le Xuan An, an IT student from Hanoi University of Science & Technology. His desire was fulfilled on May 14 when Samsung Vietnam Mobile R&D Center (SVMC) invited him to participate in SVMC Open Day 2016 – a program for IT students in Vietnam to learn about SVMC and get hands-on experience with Samsung technology.

The Open Day included more than 100 university seniors who dream of having careers in IT. The chance to explore the most cutting edge technologies of Samsung Electronics in Vietnam put smiles on everyone’s faces.

The event started at 8 a.m. All of the latest flagship mobile devices of Samsung were showcased to visitors in a presentation by SVMC engineers. For most, the highlight was the chance to experience the stunning virtual reality of the Gear VR. “It is truly spectacular. The Gear VR feels totally different from playing games on regular smartphones,” said one excited student after playing the game Temple Run with the Gear VR. They also sounded quite impressed by the unique features and aesthetics of the Galaxy S7 and Galaxy S7 edge. “I believe the Galaxy S7 is the best smartphone ever,” said a student from Posts and Telecommunications Institute of Technology. 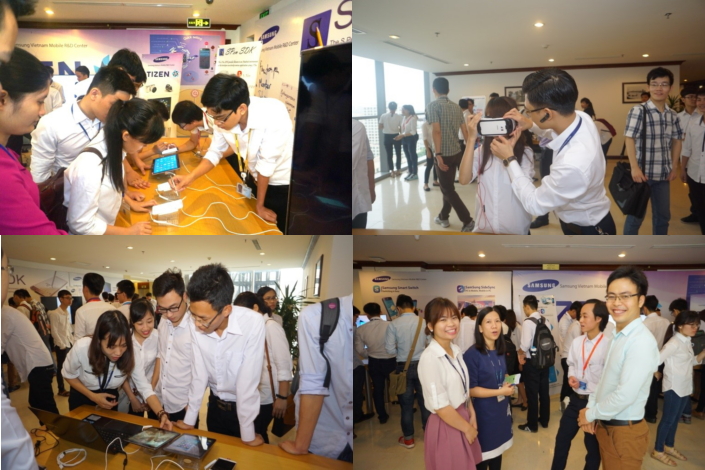 The event continued with an introduction to SVMC, beginning with an opening speech by Vice President Huh Chang Wan. This was the first SVMC Open Day, organized to welcome professors and students from six universities that have collaborated with Samsung in Vietnam. The students also enjoyed an opportunity to learn about the history and development of SVMC. Founded in 2012, SVMC has become Samsung Electronics’ largest mobile R&D Center in Southeast Asia (SEA). 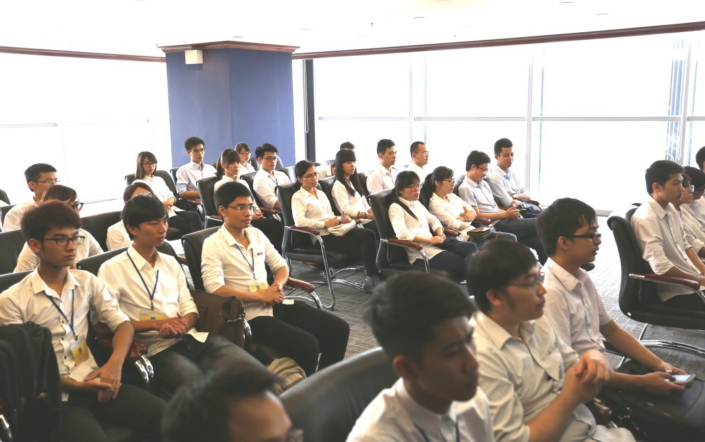 During SVMC Open Day, students learn about Samsung Electronics’ history in Vietnam and engage in discussions about Samsung products and design philosophy. #1 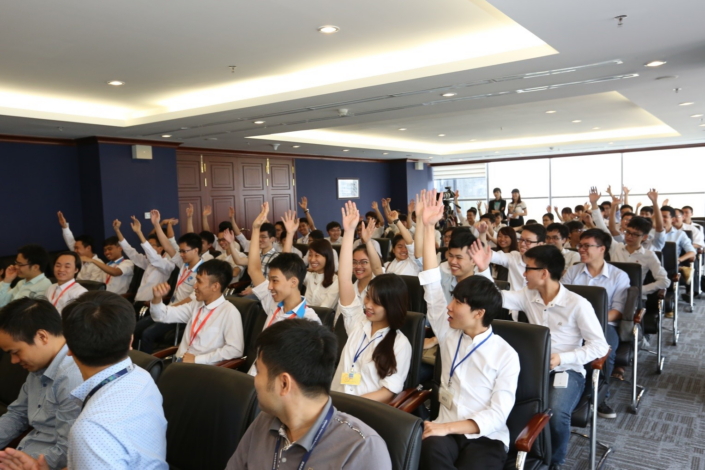 During SVMC Open Day, students learn about Samsung Electronics’ history in Vietnam and engage in discussions about Samsung products and design philosophy. #2

Students then received an in-depth look into Samsung and SVMC technologies. SVMC’s business covers a wide range of mobile technologies and platforms, including software R&D, software engineering, mobile evaluation and network verification. The SVMC R&D region extends from Southeast Asia to Australia, New Zealand and Middle East. “How does Samsung conduct product lifecycle management?” and “What makes Samsung smartphones stand out?” were two major topics discussed between students and software engineers. In addition, “Be user-friendly”, “Think-outside-of-the-screen” and “Be an artist” were three key goals used by SVMC engineers on every project and for every model, creating the unique characteristics of Samsung smartphones.

Finally, students toured the SVMC offices. “It was so amazing to have the chance to see how software engineers work at a world-leading company. I hope I will get to join them in the near future when I graduate university,” said Quynh Trang, a student from University of Engineering Technology. 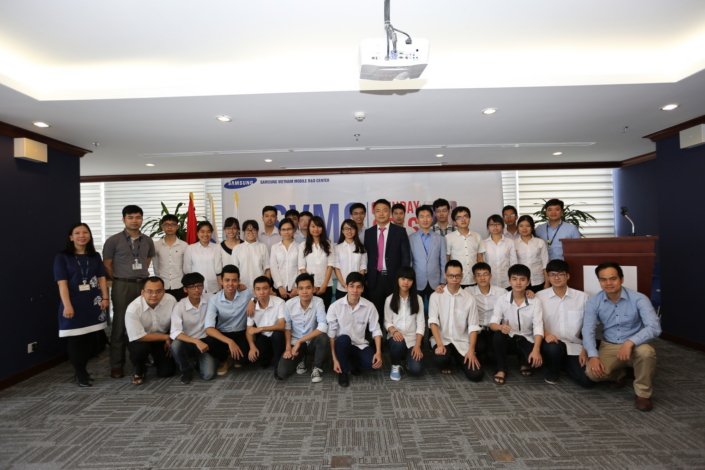