Behind the Scenes: Bringing the Odyssey Neo G9 to Life With a Professional Clay Sculptor

Many of us remember playing with clay in childhood, making sculptures of all shapes and sizes. Clay is a medium that allows us to bring imaginary worlds to life in new and exciting ways, realize our dreams and create unique experiences that are special to us as individuals.

Jay, a professional clay artisan, knows better than anyone the charm of bringing dreams to life with clay. Through his partnership with Samsung Electronics, he managed to capture the monitor of every gamers’ dreams as it has never been seen before – the Odyssey Neo G9 at a scale of 1:10.

In order to hear more about the process that went into developing this extra-special clay creation for Samsung, Samsung Newsroom sat down with Jay to get some behind-the-scenes insights. 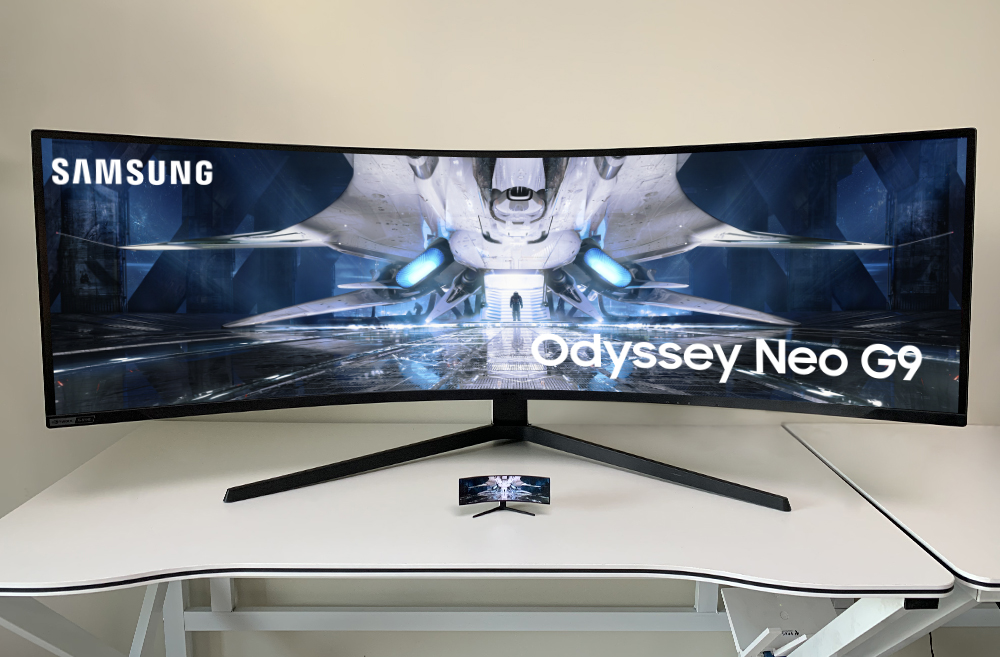 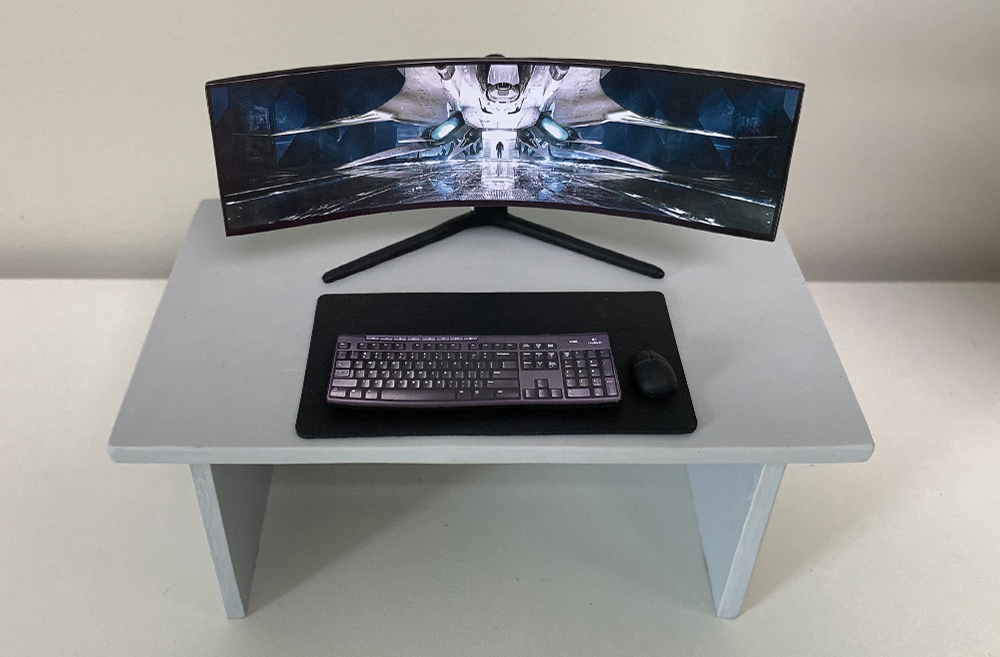 Having made a name for himself by crafting intricate sculptures of sports stars and celebrities, Jay is not one to shy away from a challenge. “As a clay artist, I am always willing to try different things and embrace new subject matters,” he noted. “My previous works are mostly about people or animals, but when Samsung reached out asking me to make a sculpture of their leading gaming monitor, I thought that this would be a great challenge for me.”

But sports stars, celebrities and pets pose different challenges to that of crafting products such as monitors. “The biggest difference between making human figurines and crafting this monitor with clay is that the techniques used are completely different.” 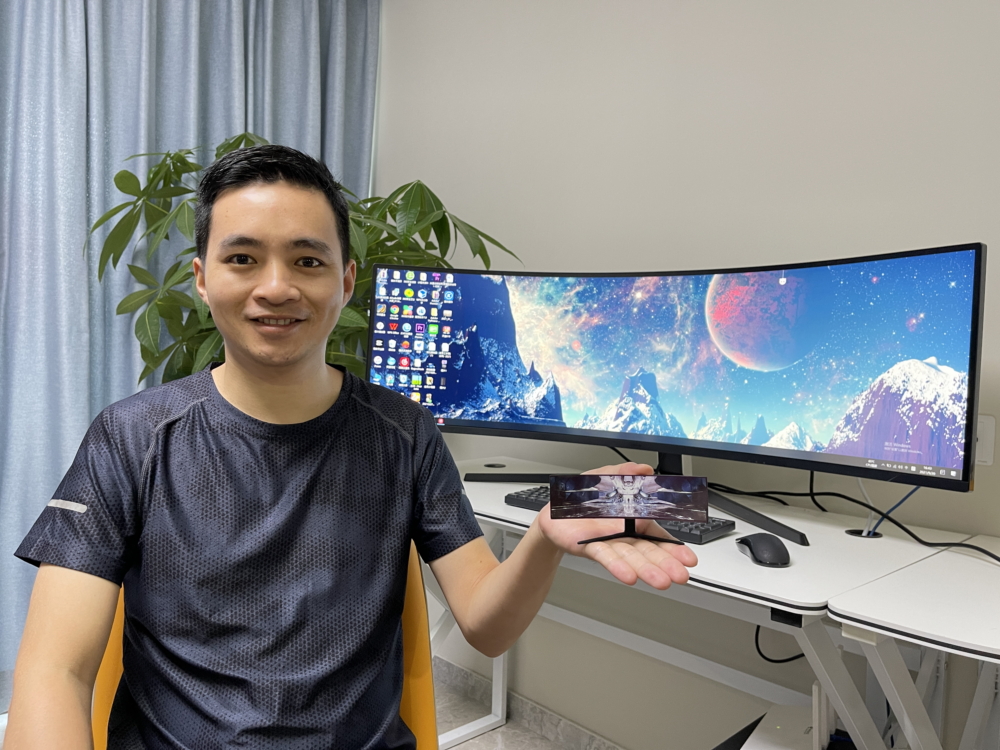 From Technology to Art

People might underestimate how long a sculpture measuring just 12.5cm wide and 6cm tall takes to create. Given every intricate detail that has to be considered, paired with the truly unique design of the Odyssey Neo G9, the process was a labor of love for Jay.

“I wished to fully replicate the monitor using clay,” assured Jay. “In order to achieve this, I needed to be sure to include as many of its details as possible and sculpted the work in precise proportion to the real product.” All in all, creating the replica of the full gaming setup – including the monitor, a model of professional gamer Faker, a computer, a desk and a chair – took a total of around 10 days.

The unique design of the monitor meant that choosing a specific feature to highlight during the sculpting process was no easy process. But for Jay, a few features stood out to him immediately. “During sculpting, I wanted to highlight the impressive size of the monitor, which is 49-inches and filled my whole desk,” he noted. “The monitor has a 1000R curvature, one of the main things you just can’t miss about it, and when it’s turned on, its mind-blowing backlighting system changes color according to the colors on-screen. I just knew I had to highlight these things in my work.” 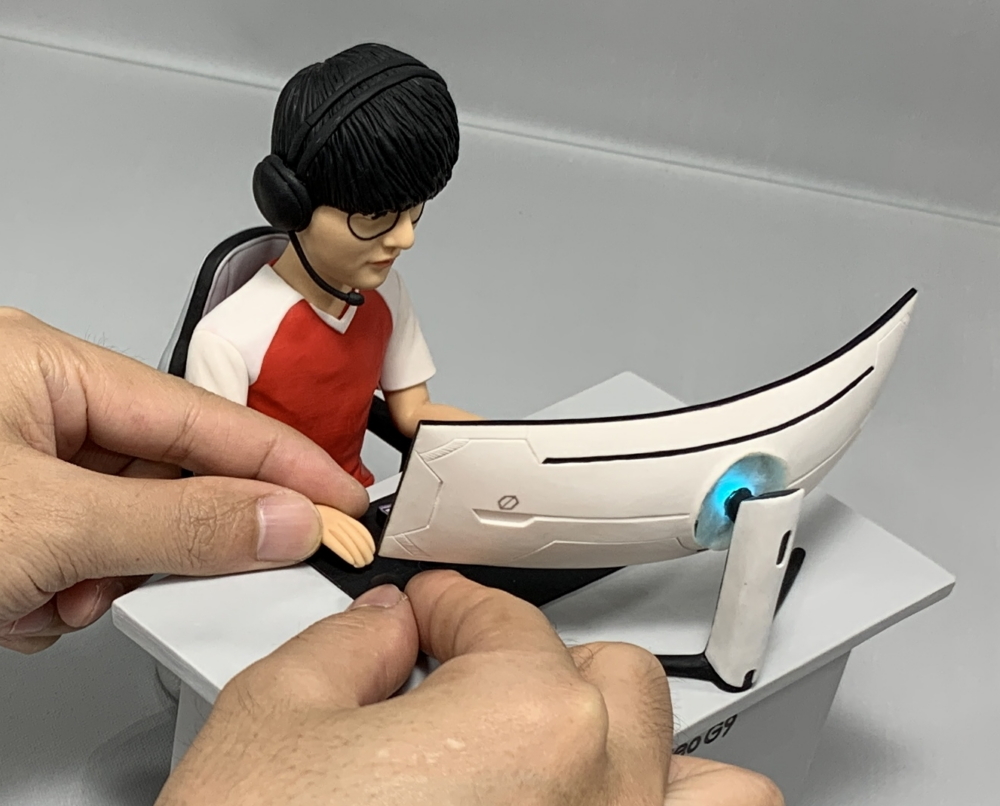 Bringing the Unique Form of the Odyssey Neo G9 to Life

While the end result is truly impressive, the sculpting process was not without its challenges. “The thing that took the longest was crafting the curvature of the Odyssey Neo G9,” said Jay. “I had to sculpt the curvature of the monitor slowly using a small knife – something that was definitely one of the most time-consuming steps throughout the whole process.”

Thanks to Jay’s dedicated efforts, his clay replica boasts a perfect 1000R curvature, just like the real-life Odyssey Neo G9 monitor. “Along with its stand-out curvature, I wanted people to get a feel for its shiny finish that struck me so much when I first unboxed the monitor,” he noted. “To present this glossy white exterior as is featured on the product, I polished the surface of the clay to make it shine.”

What’s more, the Odyssey Neo G9’s rear infinity core lighting and CoreSync is one of the most notable features of the monitor. CoreSync is the technology that automatically analyzes the color at the center of the screen and radiates the same color lighting from the back – and it wasn’t an easy feat to recreate this. 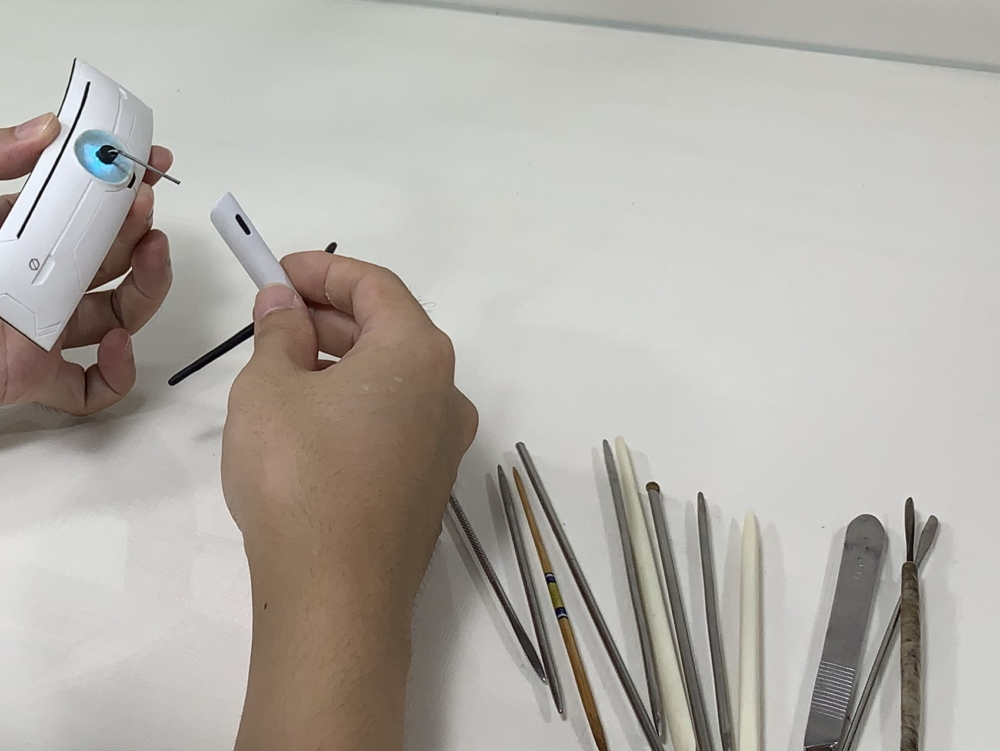 “While it took a significant amount of time to fully represent the overall appearance of the monitor, the lighting in particular generated the most challenges during the whole process,” Jay recalled. “I spent a long time trying various methods before finding the best way to present this synchronous lighting capability. After learning about the different color settings in the lighting system of the real monitor, I decided to use LED lights with similar colors to mimic the system as closely as possible.” While this approach may seem simple enough, it wasn’t the only element Jay had to consider.

“The most difficult challenge was in finding a material to cover the LED lights in order to let the light shine through,” said Jay. “I initially used clay to cover the light, but the lack of transparency didn’t allow the light through, and when I tried a thin white plastic film, I still faced the same issue. Finally, I decided to use lamination paper, as it is both thin and transparent, which covered the LED lights while still letting light through. I was very relieved that my hard work indeed paid off.”

After replicating the monitor, Jay concluded that not only is the Odyssey Neo G9 a piece of technological innovation – it is also art. “Its appearance, the curved design and the unique backlighting system are what truly make it a piece of art,” noted Jay. What’s more, Jay’s viewers enjoyed the finished replica just as much as he did. “My viewers really like the work and even wanted to see more of the production process behind it.”

With this astonishing clay replica, Samsung and Jay have brought the monitor category to life in ways never seen before – just as the Odyssey Neo G9 itself is a culmination of Samsung’s efforts to transform the gaming experience for players around the world.

To see more about how Jay brought the Odyssey Neo G9 to life with clay, take a look at the video here. 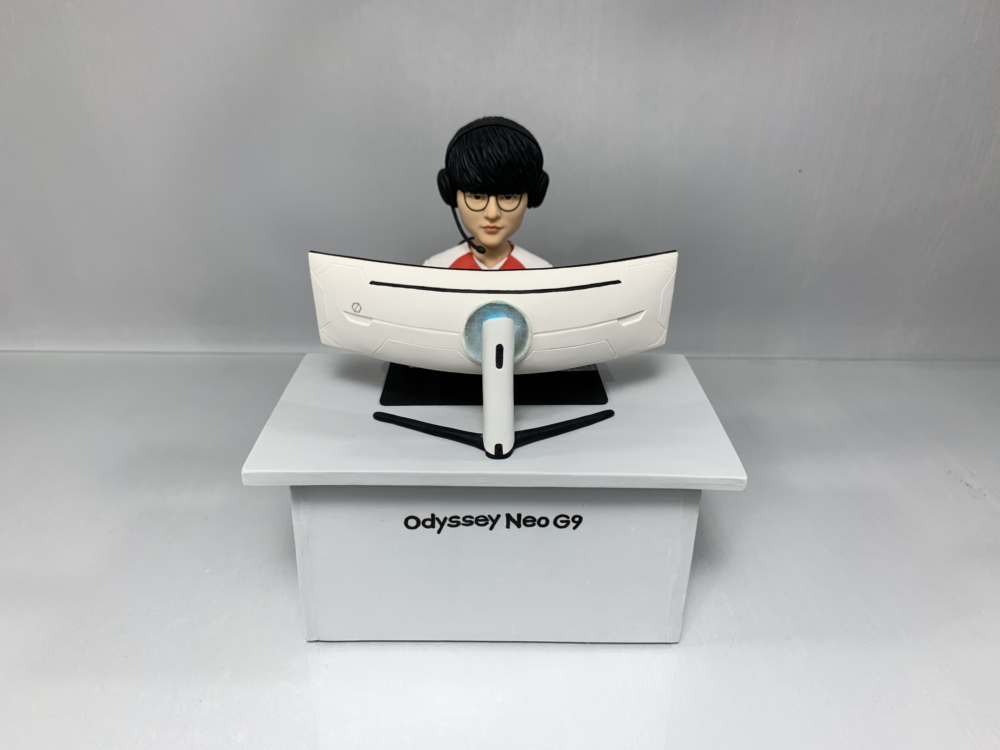