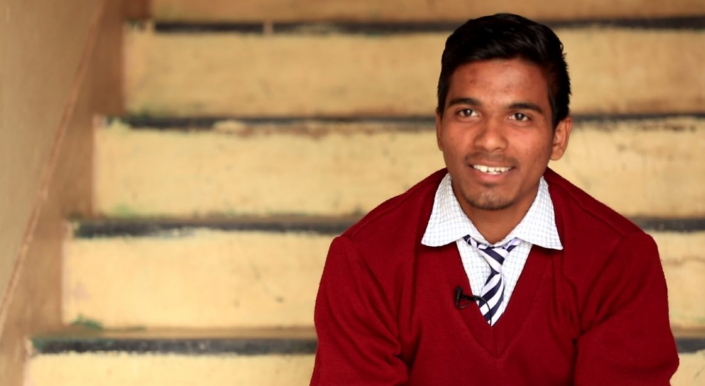 Akshay, a student of JNV Chandigarh, wants to become an engineer

Nineteen-year-old Akshay became a hero among his classmates at Jawahar Navodaya Vidyalaya (JNV) in Chandigarh, when he topped the 10th board examination in 2015. He hopes to repeat his performance in the upcoming 12th standard board examination next year.

Akshay attributes his transition from a “backbencher” to an outperformer to the introduction of digital education in his school three years ago.

“I used to be a mediocre student, but I felt attracted towards studies when Samsung Smart Class was introduced in our school. The class is beautiful and well-maintained, there’s a big LED screen and I had a laptop. I loved it. I think, it is one of the big factors behind me getting a perfect 10 CGPA in my 10th board examination.”

Samsung launched its Smart Class programme in collaboration with JNV schools in 2013. Every Samsung Smart Class is equipped with an interactive Samsung Smartboard, Samsung laptops/tablets, Wi-Fi connectivity and power backup.

The digital environment in Samsung’s Smart Class not only helps students learn complicated concepts easily, but also encourages them to participate in classroom discussions.

“Students are always curious and interested to come to Samsung Smart Class. It makes teaching easier and there is a great deal of interest to learn new things.” says Anup Kumar, who teaches Mathematics at JNV, Chandigarh. 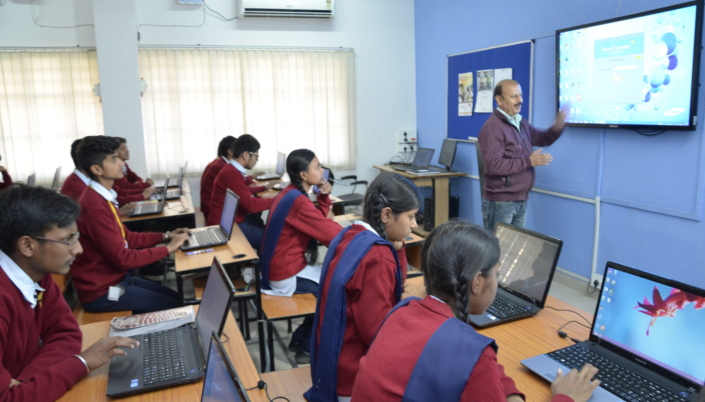 Mrs. Santosh Sharma, the Principal of the school, says the concentration level of students has gone up, their concepts have become clear and they are overall more confident.

“My students are showing more interest in academics and asking more questions in the class.” she added. 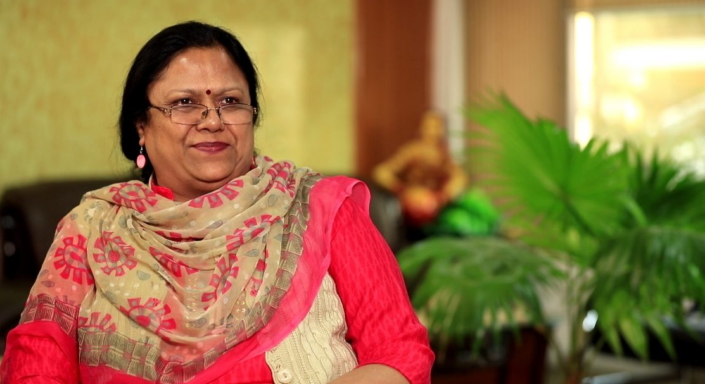 JNV Chandigarh Principal Mrs. Santosh Sharma says the number of toppers is on the rise

In 2015, JNV notched Chandigarh notched up its best performance in 10th class board examination, with as many as five students getting a perfect score. The number of students in the top A1 and A2 categories has also gone up since the introduction of digital education, according to Mrs. Sharma.

“We want our classes to be interesting, where we can watch, listen and understand different concepts. Samsung Smart Class proved to be of great help. It made studies easier helped us understand concepts and get answers through video conferencing too,” says Simran, who is one of the five JNV students who got a perfect 10 CGPA in 10th standard. 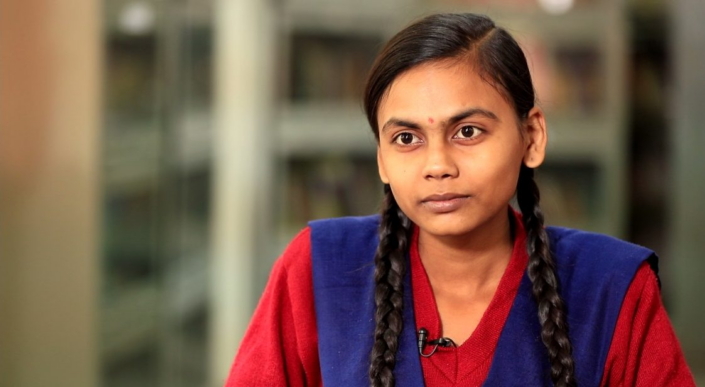 Simran used a laptop for the first time, when Samsung Smart Class was introduced in JNV in 2013

Samsung Smart Class supplements regular lessons in mathematics, science and social science to explain concepts in an engaging and interactive manner. Now, many teachers have started preparing their own digital course material, so that students get a better grasp of all subjects.

“I have been using Samsung Smart Class to take the students through epics such as Ramayana and Mahabharata. Samsung Smart Class has caught the imagination of children. Students are attentive even in the absence of teachers in the class,” said Rajesh Kumar, who teaches Hindi at the school.

It’s not only academics, where Samsung’s flagship citizen programme is making a difference. The digital environment at JNVs has helped students develop keen interest in extra-curricular activities, such as quizzing and Olympiads, teachers say.

The smart class also doubles up as a computer lab because of good internet connectivity and state-of-the-art equipment, teachers say.

“Samsung Smart Class helps me think beyond the box and expand my thinking,” said Utkarsh, who wants to become an astrophysicist. 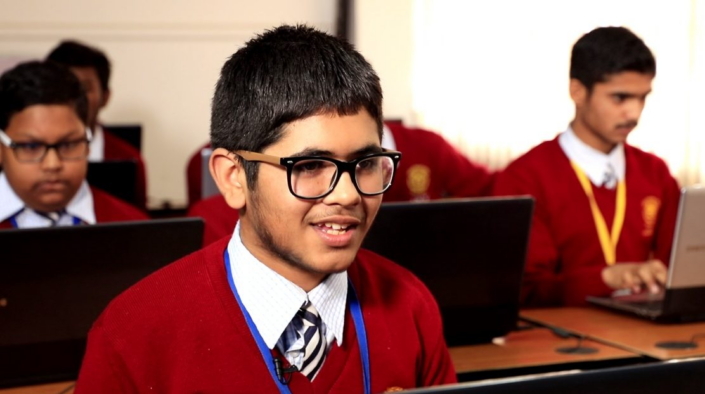 Samsung Smart Class runs in over 373 JNV schools and has benefitted over 2 lakh students. Over 7,400 teachers have been trained on how to use interactive technology to teach.

“We are elated with the phenomenal success of our flagship citizen program in India. This initiative is closely tied with India’s development agenda, and implemented in close partnership with government departments to ensure wider reach and impact among the less-privileged children,” said Mr. Deepak Bhardwaj, Head of Citizenship at Samsung India.