Earlier this month, Samsung Electronics, Worldwide Olympic Partner in the Wireless Communications Equipment category, unveiled the Galaxy Studio in Olympic Park for the Rio 2016 Olympic Games. Since its opening, fans and Olympian athletes alike have flocked to the venue to experience firsthand Samsung’s latest wireless communications products and immersive technologies.

Among the visitors include Tsepo Mathibelle, a marathon runner from Lesotho; US track and field athlete Brenda Martinez; and Irish gymnast Kieran Behan.

The athletes not only got a chance to greet their fans, but also had the opportunity to try out numerous virtual reality experiences with Samsung’s Gear VR and get hands on with the Galaxy S7 edge Olympic Games Limited Edition.

Like Samsung, these athletes in particular have overcome barriers to achieve greatness and to realize their own personal dreams and goals.

Check out the photos below to see the highlights of their visit. 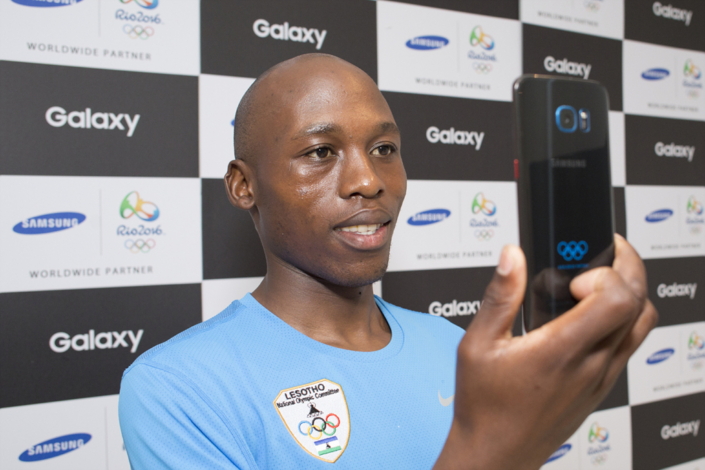 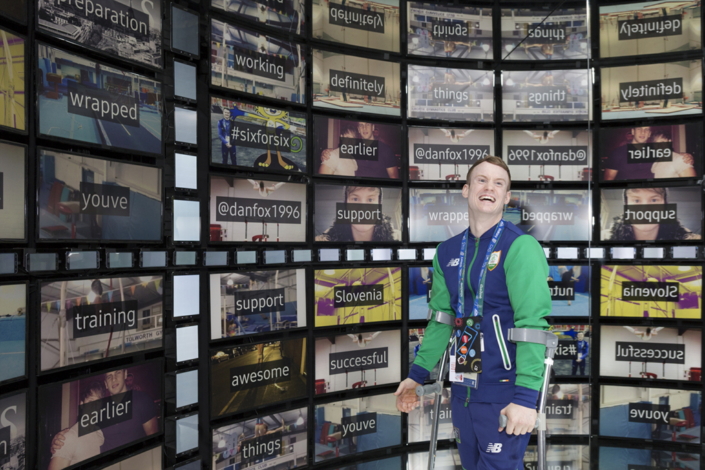 Inside the Social Galaxy room, Irish gymnast Kieran Behan watches his past Instagram moments come to life in 360 degrees. “The technology here in the Samsung Galaxy Studio is absolutely amazing,” said Behan, the second Irish gymnast to qualify for the Olympic Games.

“I’m most excited about my Galaxy S7 edge Olympic Games Limited Edition—it’s such a cool commemorative phone from Samsung,” US track and field athlete Brenda Martinez stated during her visit to the Samsung Galaxy Studio in Olympic Village. 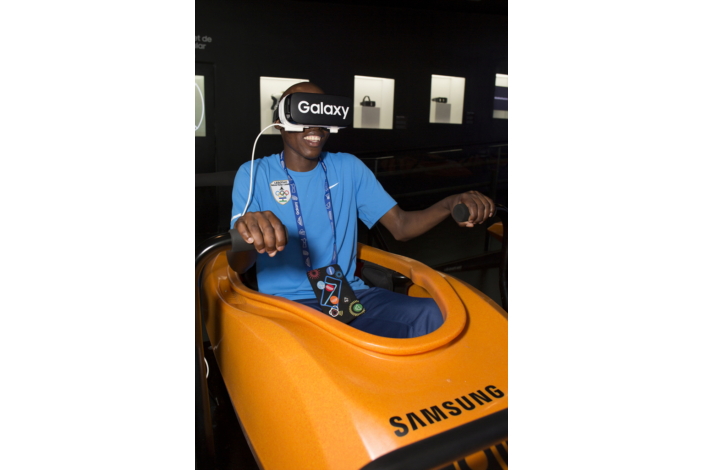 Tsepo Mathibelle is all smiles as he experiences simulated Olympic kayaking through 4D motion virtual reality via Samsung’s Gear VR and Galaxy smartphone. Mathibelle overcame numerous barriers on his way to the Rio 2016 Olympic Games. His story was told in the recent documentary short “A Fighting Chance.” 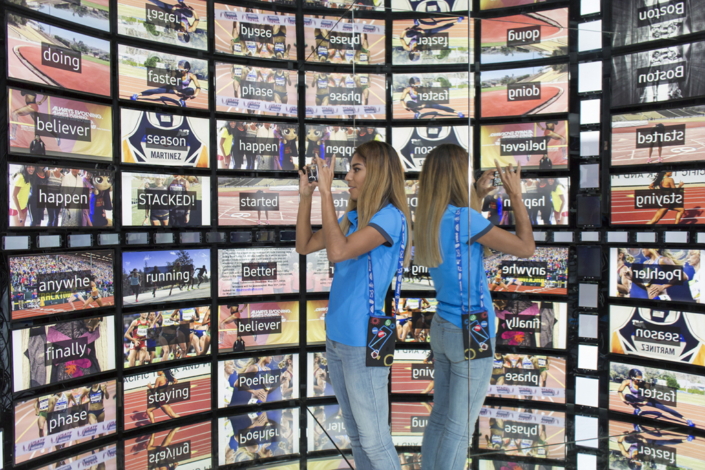 Inside the Social Galaxy room at the Samsung Galaxy Studio in Olympic Park, Brenda Martinez watches her Instagram moments come alive all around her.

Kieran Behan, who defied numerous barriers on his journey to the Olympic Games—including a tumor in his leg at age 10 and a brain injury from a gymnastics fall shortly after—receives a gift of Samsung-themed Rio 2016 Olympic Games pins at the Samsung Galaxy Studio. 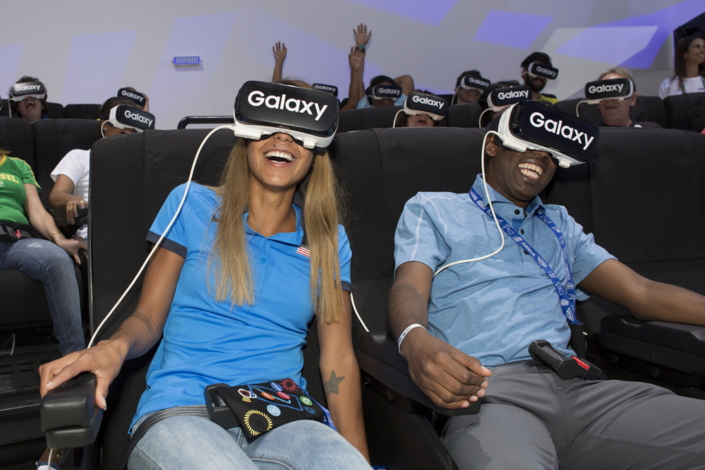 Brenda Martinez experiences the high-speed thrill of a roller coaster through a 4D virtual reality film at the Samsung Galaxy Studio during the Rio 2016 Olympic Games. Martinez overcame a setback in the 800 meters at the US track and field team trials by qualifying for Rio 2016 just days later in the 1,500 meters. 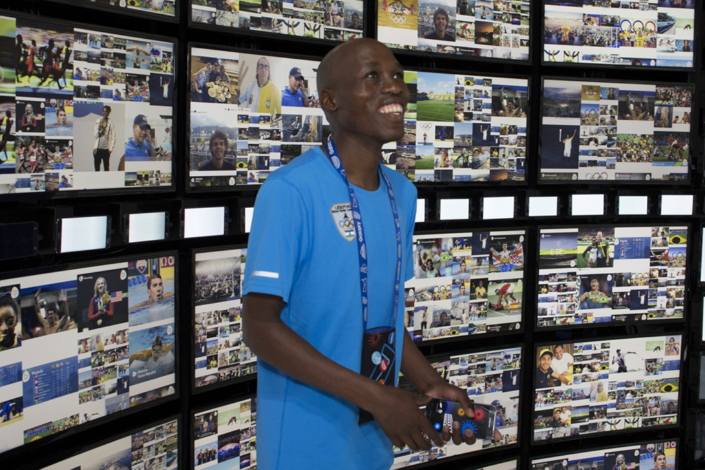 Inside the Social Galaxy Room, Tsepo Mathibelle sees Instagram moments come to life in 360 degrees. He noted, “I feel a connection to Samsung, as the company is all about defying barriers, which is similar to my story, as I’ve had to overcome so many obstacles to get here today.” 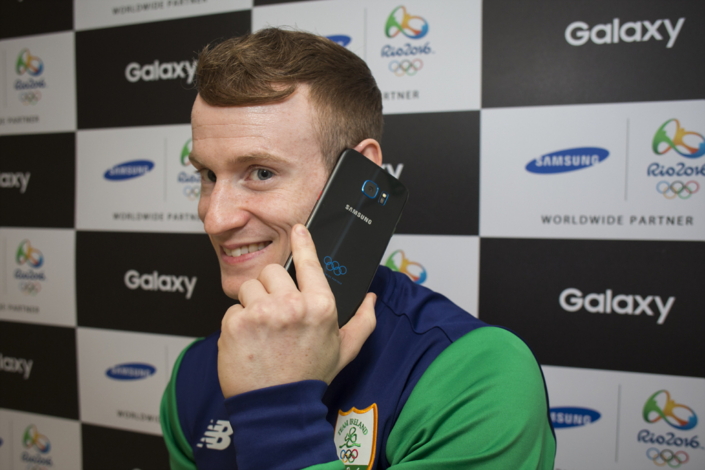 Kieran Behan tests out his Samsung Galaxy S7 edge Olympic Games Limited Edition at Samsung Galaxy Studio in Olympic Park. “It truly is a collector’s item,” he said of the smartphone.