Samsung Electronics and the International Organization for Migration (IOM) recently collaborated to host a workshop entitled “Modern Slavery and Ethical Recruitment.” Held in Jászfényszaru on November 26, the informative event featured roughly 40 participants from Samsung Hungary and Samsung Slovakia, local suppliers and business partners, and was organized to spotlight ways to reduce the business risks associated with modern slavery. 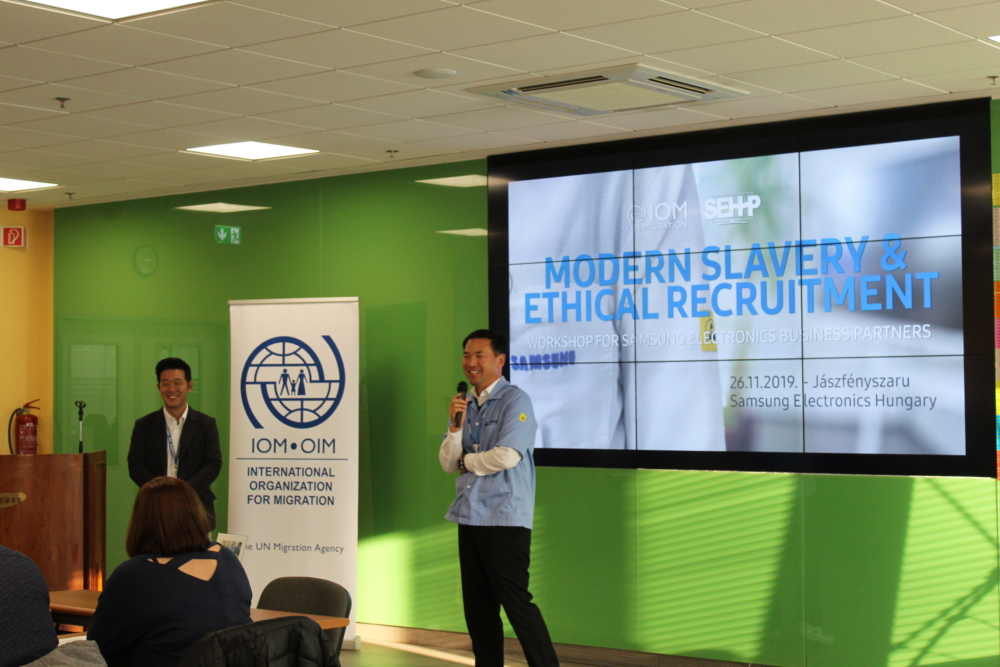 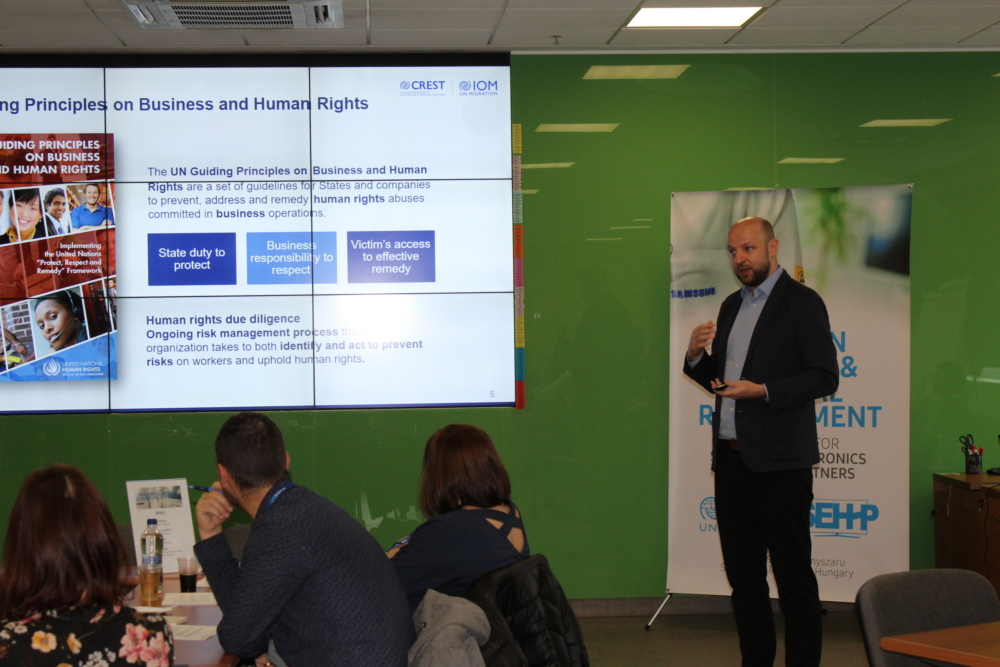 It was the second such workshop that Samsung Electronics and the IOM have hosted – following a similar event held in Kuala Lumpur in June – as part of an ongoing effort to address modern slavery in the electronics industry.

According to statistics from the IOM, the International Labor Organization (ILO) and the Walk Free Foundation, approximately 40 million people worldwide are victims of modern forms of slavery. Of these, an estimated 25 million people are subjected to forced labor. Many are hidden in plain sight, working across a variety of industries and geographies.

Eastern Europe and Central Asia have the highest rates of modern slavery, with an estimated 3.6 million victims. Some 91 percent of these individuals are believed to be victims of forced labor. 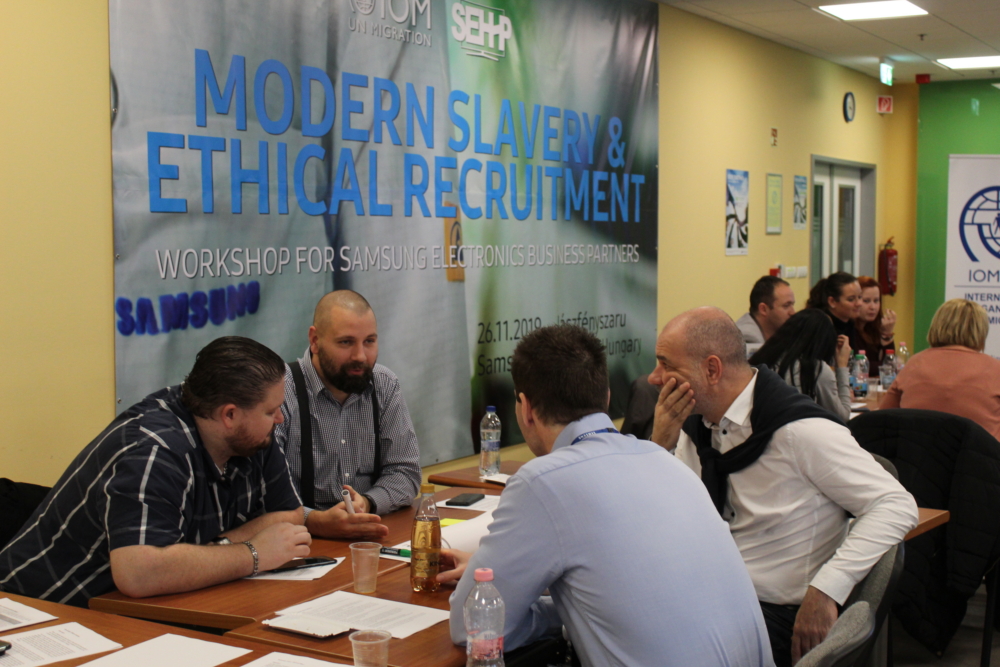 Like the Kuala Lumpur event, the Jászfényszaru workshop was held to raise awareness within Samsung and among its business partners of the labor rights of migrant workers in the company’s supply chains. Samsung’s commitment to preventing, identifying and mitigating unethical recruitment practices is laid out in its Migrant Worker Guidelines, which the company covered in detail during the event.

The workshop also included presentations from Samsung on basic workers’ rights, and from the IOM on the characteristics and industry-specific risks of modern slavery. Speakers also outlined Hungary’s legal framework for preventing forced labor and discussed business cases for taking action to counter modern slavery, as well as strategies to ensure ethical recruitment practices.

Forced labor remains a critically important issue around the world. Going forward, with the IOM’s support, Samsung Electronics will continue its efforts to ensure that workers’ rights are protected throughout its global supply chain. 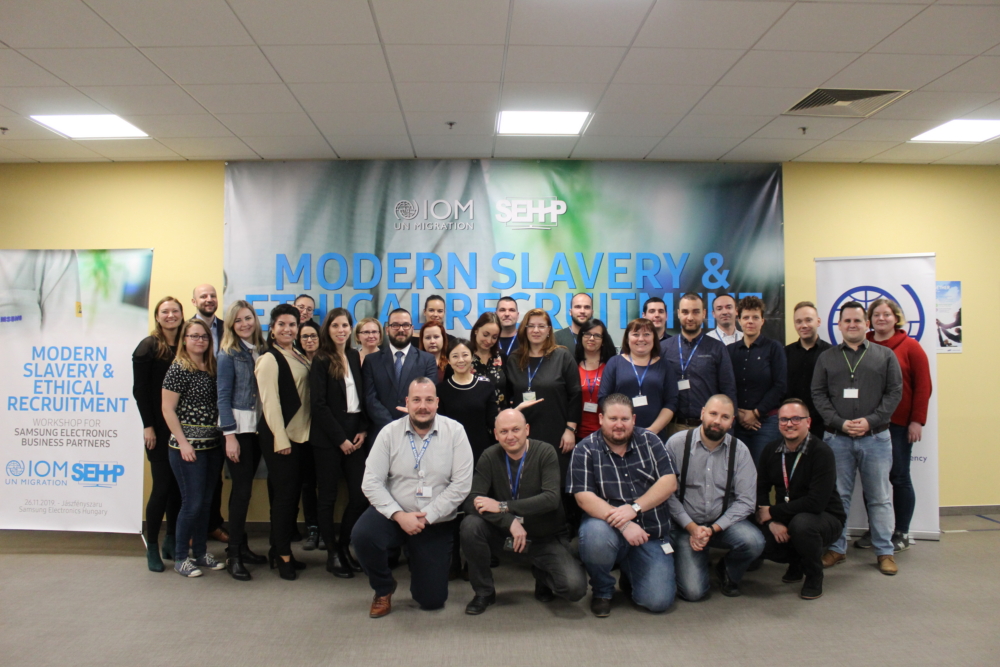