In addition to five facilities in Korea, the U.S., the U.K., Canada and Russia, Samsung Research is establishing another AI Center in New York, focusing on robotics

Samsung Electronics announced today that it will open a new artificial intelligence (AI) research center in New York City, the U.S., to strengthen its AI capabilities.

“What we need now is to focus on creating new values that make people’s lives easier and more convenient by harnessing the power of AI in Samsung’s products and services,” said Hyun-suk Kim, President and Head of Samsung Research, the advanced R&D arm of Samsung Electronics’ device business. “To do this, our Global AI Centers, including the New York AI Center, must play a pivotal role.”

Samsung has announced plans to expand its advanced AI research capabilities to employ about 1,000 specialists by 2020. This will be Samsung’s sixth AI center around the world, and it will work in partnership with Samsung’s other AI research facilities. The additional AI centers are located in Korea, the U.K., Canada, Russia, and Silicon Valley, the U.S. 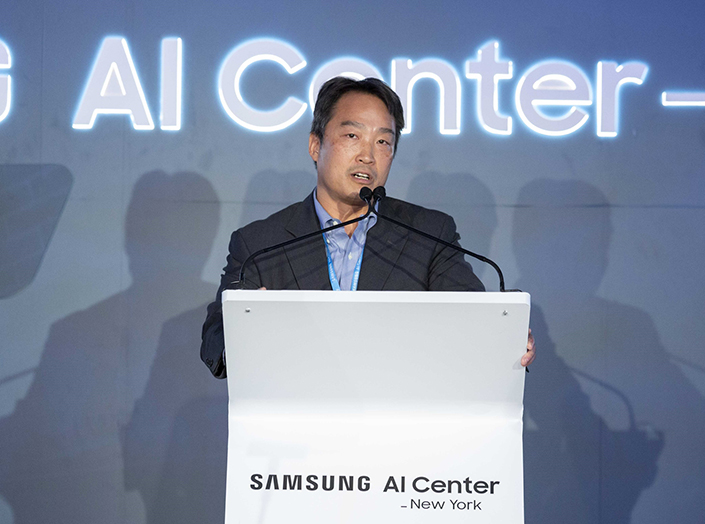 Daniel D. Lee, the Executive Vice President of Samsung Research, commemorates the AI Center on September 7, 2018 at the opening ceremony of the facility in New York City.

“We are excited to open a new Samsung AI center in New York, which will specialize in robotics research,” said Daniel D. Lee. “New York is one of the world’s great cities, and with this new facility we will be able to leverage the tremendous talent in the area. We also look forward to collaborating with top universities and academic centers in the region.”

“The field of AI has made revolutionary progress by finally embracing neural networks,” said H. Sebastian Seung. “This is just the beginning of a new era of innovation in AI, and we at the Samsung AI research center in New York are proud to be part of this exciting quest.”

The global AI Centers will contribute to Samsung’s AI research with their unique regional strengths, and Samsung is expected to expand its AI centers to other technology and talent-rich areas to cement its place as a leader of AI research in the industry. 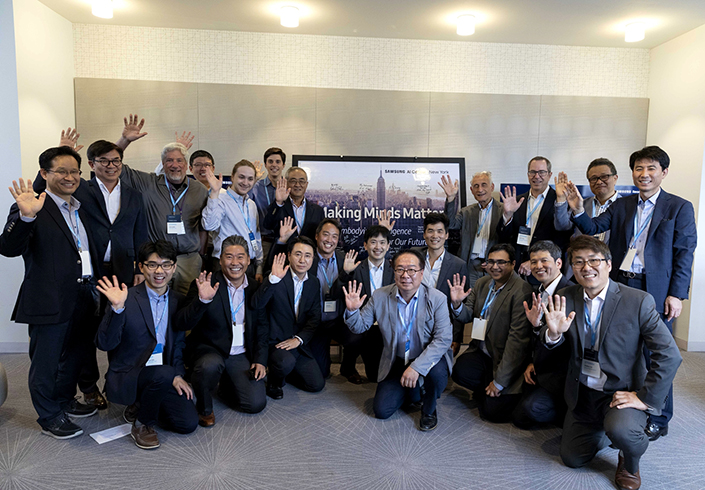 Attendees at the opening ceremony of Samsung’s AI Center in New York City come together to take a commemorative picture.