For the first time, the task of re-arranging Samsung’s smartphone ringtone, “Over the Horizon“, was given to schoolchildren in the Netherlands, in a competition entitled ‘Digital Composing in Class’ which aimed to widen the scope of musical education in the nation. On June 20, at the final round of the competition held at the Royal Concert Hall in Amsterdam, the title of “Best Ringtone in the Netherlands” was awarded to a group of sixth-grade students from Ichthusschool, an elementary school in the city of Nijkerk. The winning ringtone was chosen by a jury of professionals for its simple structure, engaging melody and peaceful atmosphere. The five shortlisted melodies were performed by a special ensemble of the Metropole Orkest, a world-famous and Grammy award-winning jazz and pop orchestra.

Over the Horizon 2018: Best Ringtone in the Netherlands 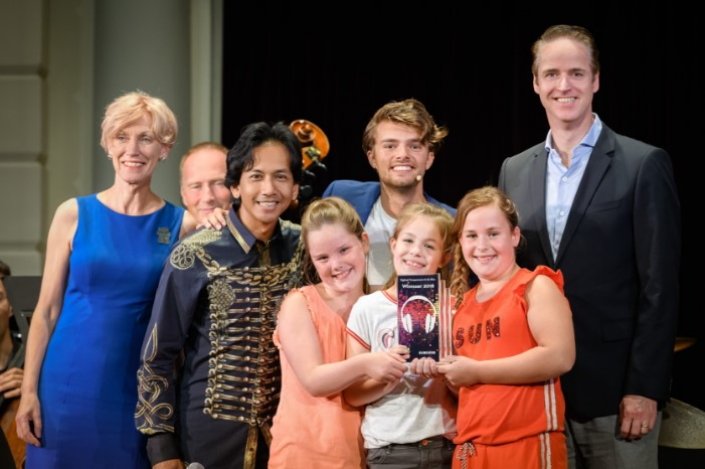 Every year, Samsung invites a new contributor from a diverse portfolio of famous composers, musicians and orchestras to re-arrange “Over the Horizon”. This is the first time that elementary school students have remodeled the signature ringtone of the Samsung Galaxy smartphone range. With Queen Máxima of the Netherlands as one of the project’s ambassadors, the ‘Digital Composing in Class’ competition received a wealth of media attention in its native country, with more than 110 articles published. The competition is an initiative supported by the Méér Muziek in de Klas (“More Music in the Classroom”) Foundation and Samsung Electronics Benelux. 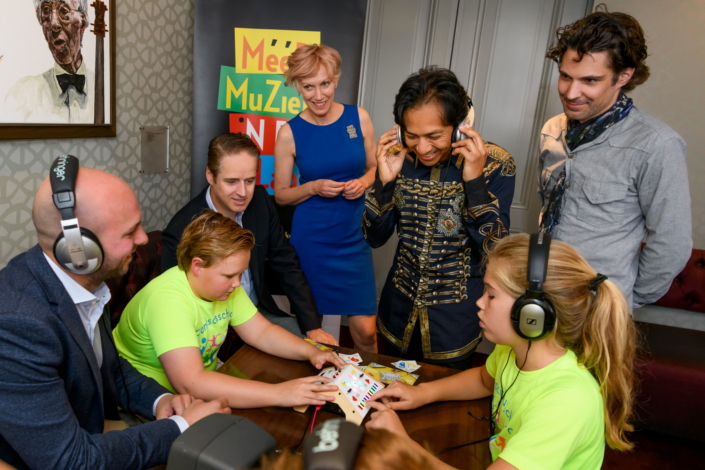 The contest provided 36 workshops on digital composition to over 1000 students from all 12 provinces of the Netherlands, where students worked in groups to create their take on “Over the Horizon”. The children composed their own ringtones based on several melodies recorded by the Metropole Orkest. Using a special music composing program on smart tablets, students put together ringtones using their own ideas and imagination, adding rhythm instrument accents and their own lyrics – both sung and spoken – to one of the melodies. Providing the students with useful worksheets and instruction cards, the students were encouraged to harness their own creativity in this exercise combining both digital and analogue composition methods.

“The digital revolution is shifting the world we currently live in. This also changes the skills that the 21st Century demands of our children.” said Menno van den Berg, President of Samsung Benelux. “For years, Samsung has been pushing for innovative education in Dutch classrooms. Together with the Méér Muziek in de Klas Foundation, we have enjoyed innovating music education over the past few months. It was inspiring to see children working with so much enthusiasm. The final festival in the Royal Concert Hall was the icing on the cake.”