For centuries, libraries have been regarded as founts of knowledge and history – repositories in which to preserve vital wisdom to pass down from generation to generation. Each, regardless of its nature – from the Vatican’s Secret Archives to the massive Library of Congress – was built to ensure that humankind’s progress would not be lost to the sands of time.

In this digital age, however, it’s easy for physical books and libraries to become afterthoughts. The ubiquity of e-books, PDFs and word documents – instantly downloadable via the internet – have diminished our need for them. Libraries must therefore find ways to adapt to changes brought about by our modern conveniences. If they don’t, they’ll no longer serve as storehouses for our knowledge and histories. Rather, they’ll become history themselves.

Samsung recognizes this need for modernization. In an age where a wealth of information on seemingly any topic can be obtained with a quick search of the worldwide web, libraries should be more than just places for people to leisurely read a novel or do some academic research.

Although there’s nothing wrong with silently studying by oneself at a local library, studying with a group can ultimately prove more productive, allowing one’s ideas to be constructively critiqued and their progress to be appraised. While an innovative thought or groundbreaking idea may certainly hatch in the mind of one person, honing such an idea with others’ informed input can go a long way toward improving and realizing it. 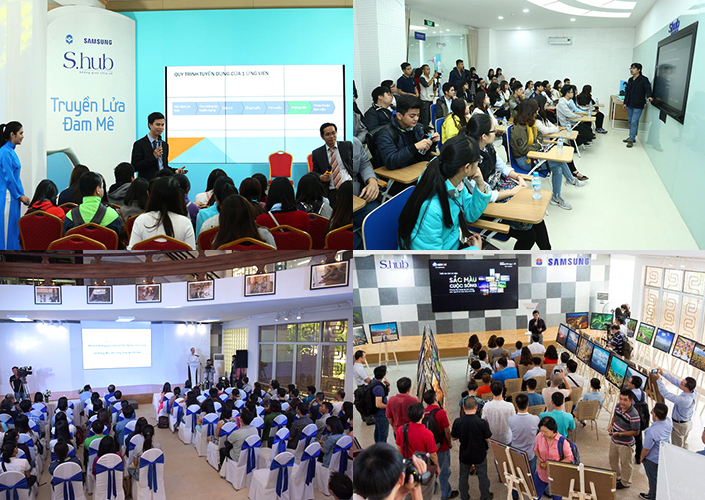 Since their respective launches, S.hub Ho Chi Minh and S.hub Hanoi have quickly become hubs for students, professionals and speakers to share their ideas and experiences.

Samsung’s S.hub initiative was born of this philosophy. For it, Samsung teamed up with the Ho Chi Minh City General Science Library and the National Library of Vietnam in Hanoi, whose outdated buildings and equipment have hindered public attendance, to renovate the libraries’ facilities and outfit them with the latest tools and equipment.

The goal of the initiative is not only to update the facilities with modern tech like touchscreen monitors and personal tablets, but to also create spaces that can serve as scholarly hubs where people, especially students, may gather and nurture one another’s academic inclinations.

The first S.hub, installed in the Ho Chi Minh City General Science Library, opened its doors in October of last year. S.hub Hanoi, meanwhile, which established a collaborative space for students and young professionals to gather in the Vietnamese capital, launched just a few weeks ago, on November 24.

These successful launches in Vietnam’s largest and most dynamic cities not only mark the triumph of the initiative, but also establish an effective blueprint to install additional S.hubs in cities across Vietnam – and perhaps other countries as well. 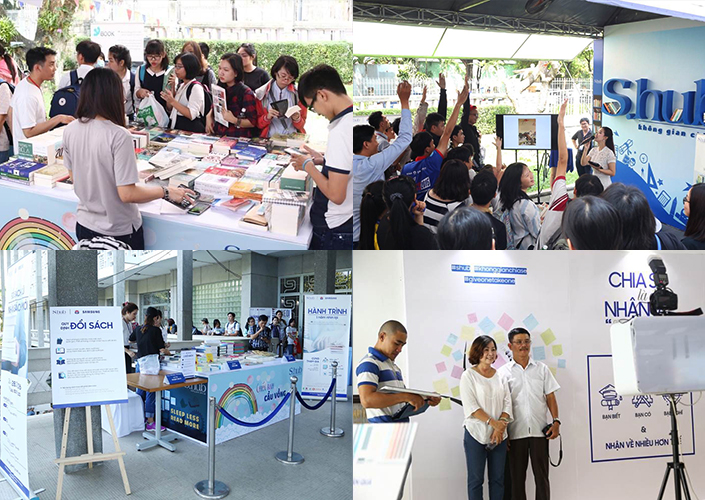