Three products developed by companies spun off from Samsung Electronics’ C-Lab are being showcased at this year’s Mobile World Congress (MWC): FITT360, a wearable 360-degree camera; Ahead, a communication device for people who wear helmets; and nemonic, a smart sticky note printer. (Photos available below.)

FITT360: Created by LINKFLOW, FITT360 is a neckband-type 360-degree camera that records full-HD video from the first-person viewpoint.

Ahead: Developed by analogue plus, Ahead is a smart communication device that makes it easier and safer for helmet users such as cyclists, skiers and construction workers to make calls, enjoy music and receive voice notifications.

nemonic: Launched by Mangoslab, nemonic is a compact smart printer that prints memos from a mobile device or PC as sticky notes without using ink or toner.

Where to find the projects:

About C-Lab: Created in December 2012, Samsung’s C-Lab is an internal venture incubation program that encourages a creative corporate culture and nurtures innovative ideas from Samsung employees. 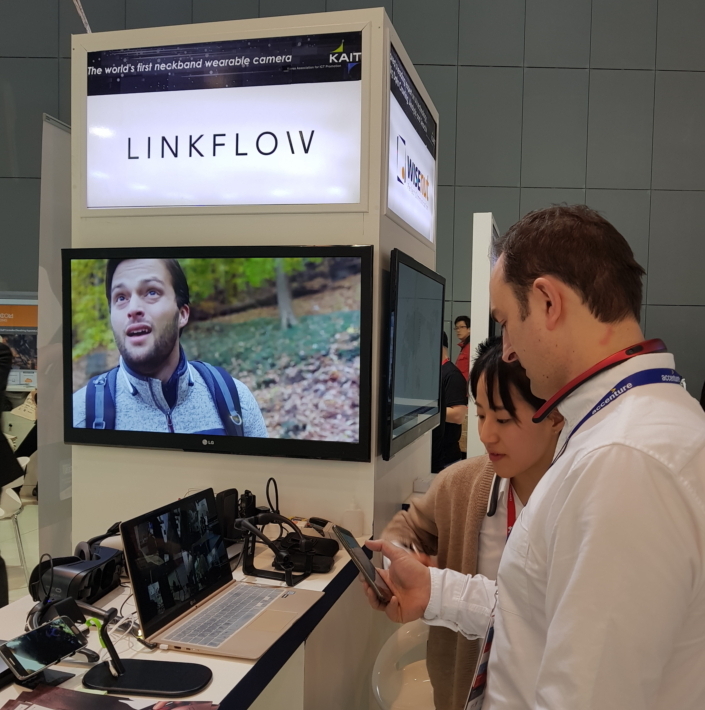 An MWC attendee gets hands on with the FITT360 wearable camera. 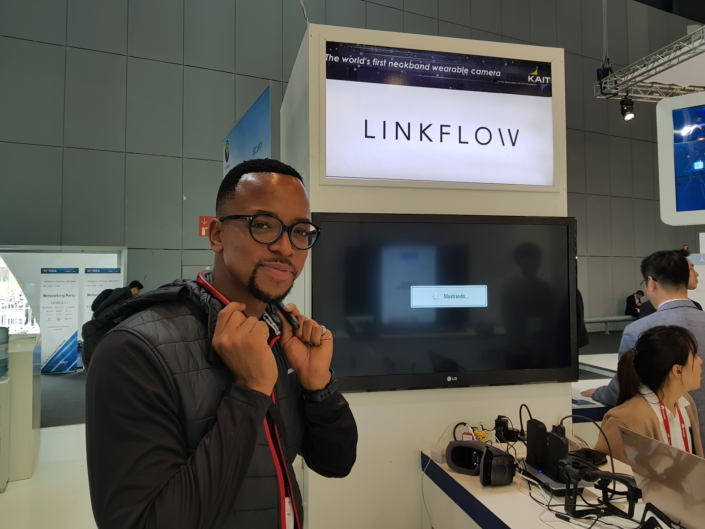 With an ergonomic design, FITT360 sits comfortably around the neck. 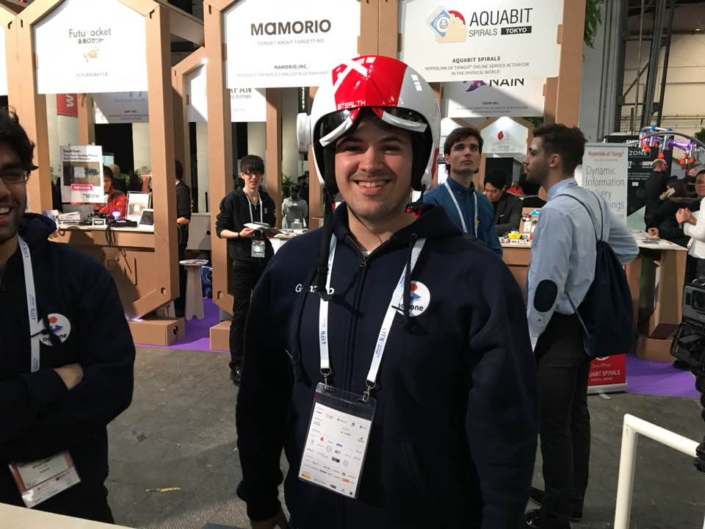 A visitor to the analogue plus booth tries Ahead on for size. 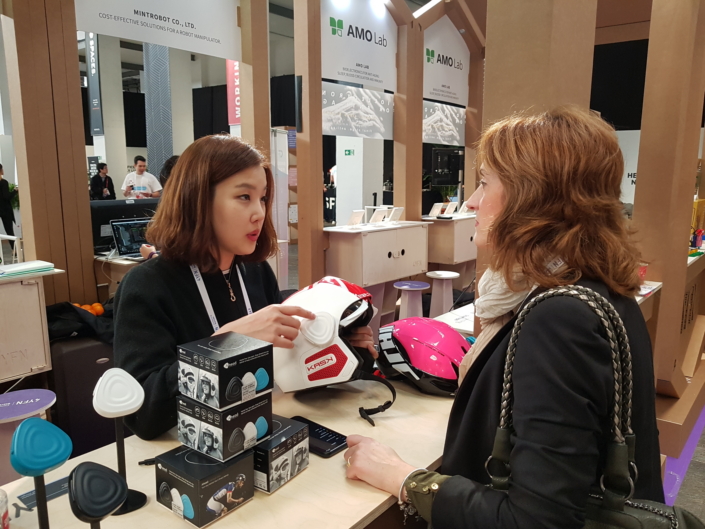 Ahead attaches easily to the outside of a helmet. 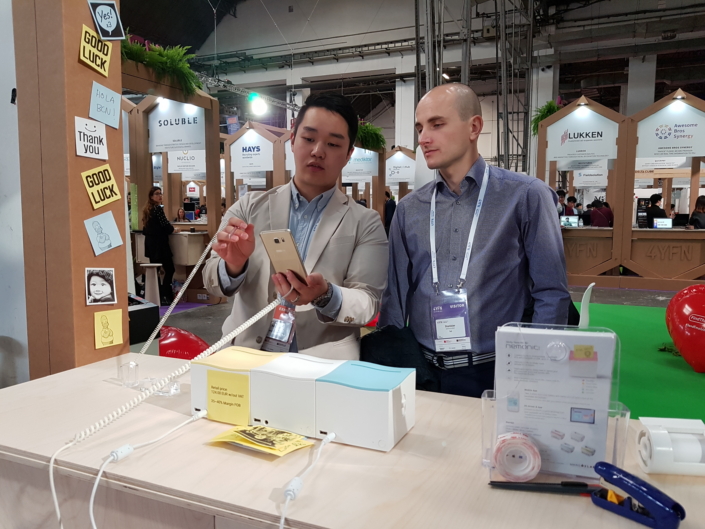 A Mangoslab employee demonstrates how the nemonic smart printer and app work.