From Leotards to Logistics – Alex Cho

If there is one word that characterizes Alex Cho’s approach to life, it is perseverance. While he is known for skill in logistics amongst his colleagues, few who work alongside Cho at Samsung Electronics in South Africa would suspect that he was former professional ballet dancer. Yet it is perseverance that underpins both his journey to become a ballet dancer and his decision to join Samsung. 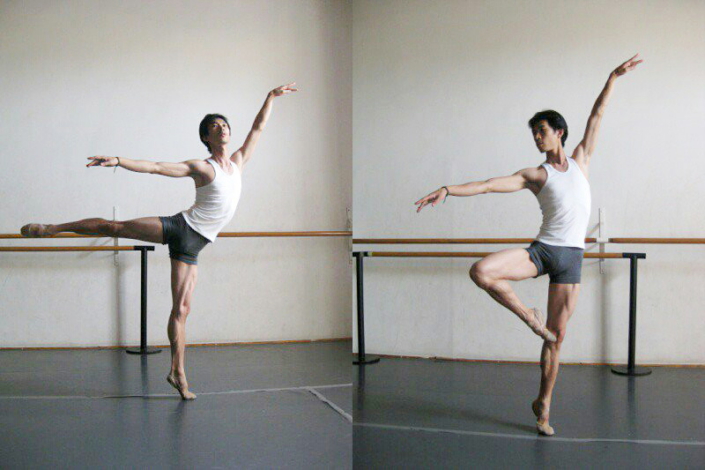 Cho rehearses in the dance studio, during his time in Mexico

Cho came to ballet relatively late in life. He was inspired by a childhood friend who had chosen to major in modern dance at a university in Seoul. Upon seeing the wealth of opportunities that this had opened up for his friend, Cho set his heart and mind to becoming a dancer. While many dancers begin early, taking ballet classes at age seven or eight, Cho was already 18 years old. But that didn’t stop Cho from kindling his passion.

“Right from the first day I started, all I did was dance. Other than breaks to eat and sleep, I was out there practicing. While there was some luck involved, I can confidently say that, back then, I was in the studio dancing every waking moment.”

Cho (pictured above, standing, center) channeled his passion into every performance

The path to becoming a ballet dancer involves a lot of practice, but natural talent also has a part to play. Cho may have been late to start, but he was blessed with high-arched feet, long arms and legs, a natural flexibility and physical agility. He had 18 months to achieve his goal.

It was fate. Cho was admitted to the ballet program at the newly-opened Korea National University of Arts, located near the Seoul Arts Center.

While Cho’s love for ballet blossomed at university, life was difficult for the young dancer. Though he made it into the dance program, people were quick to remind him of his late start. But Cho persevered and was accepted to the Universal Ballet Company after completing his degree. There, he began his professional dancing career.

“Korea’s Universal Ballet company is famous for its world tours. As a member, I traveled to the U.S., Europe and all over the world, which fueled my desire to experience various cultures. I was working hard towards my next goal – to earn my place in companies outside Korea – but then something happened.”

Cho was diagnosed with a stress fracture. It was also at this time that he had to take a break from dancing to fulfill his mandatory military service* in Korea.

“My stress fracture got better during my military services since I wasn’t using my bones and muscles for dancing. When I finished my services and left the military, I started practicing again. I had to get back in shape and find a new company to work with. I went around the world for auditions – I was willing to dance anywhere.” 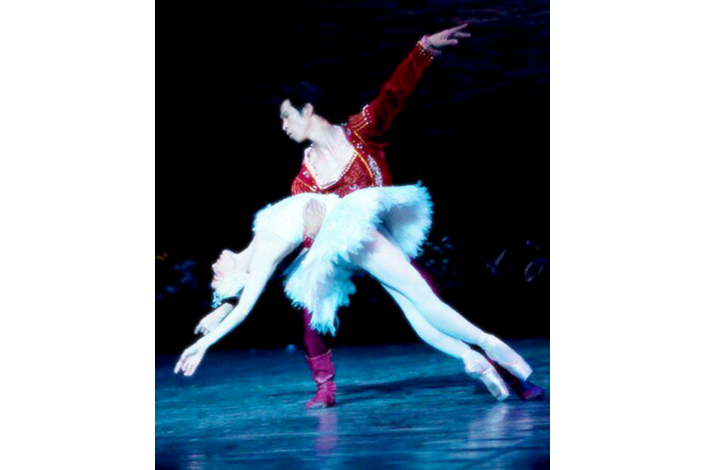 Cho performing in Swan Lake, with the Joburg Ballet company

At last, on a visit to Japan for a performance, he landed a spot in a Japanese ballet company. “It wasn’t easy for a number of reasons. First, everything was in Japanese, so I had no choice but to learn it. Thankfully, I was practically fluent within six months. Another challenge was supporting my new family. I had to work other jobs too, both lessons and performances – to make ends meet.” And again, Cho persevered.

After Japan, Cho worked briefly in Mexico, which then led him to the biggest ballet company in South Africa, the Joburg Ballet company. Just 6 months after joining, he became the senior soloist at the company.

“The Joburg Ballet was much better than I could ever have hoped for. But as I started to take part in more and more performances, thanks to the opportunities the company gave me, I was on stage for twice as long. That was when the stress fracture returned.”

It was time for Cho to hang up his ballet shoes after 18 years.

“It was very painful. Ballet was everything to me and my life had revolved around it. But I couldn’t afford to feel discouraged. I had to support my family.”

Cho knew the power of his own perseverance. As he searched for a new career, he saw that there was an opening in the Logistics department of Samsung Electronics in South Africa. Supported by his wife, he turned his attention to learning all the necessary skills to fulfill such a role. 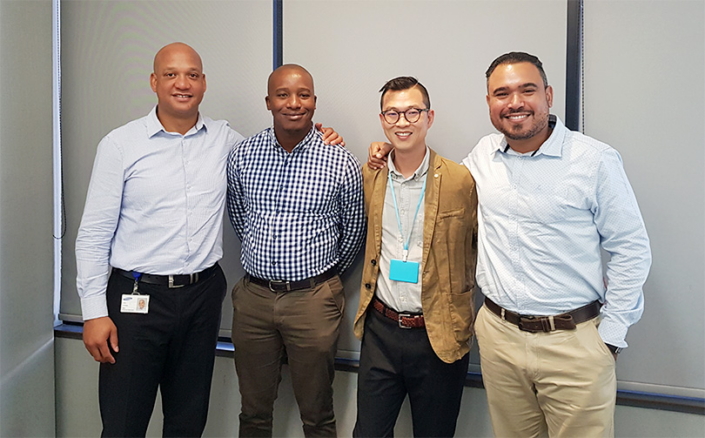 Cho (second right) alongside his colleagues at Samsung Electronics Africa Office, where he is a valued member of the Logistics team

Hard work pays off, as Cho religiously believes, and now he is revered by his colleagues as a ‘god of spreadsheets’ – a skillset he honed with the same kind of passion he exhibited when he first started dancing; expertise in a field where data management plays a key role.

“For 18 years, I danced on many of the world’s greatest stages. I enjoyed it. But then I had to start anew in a field I had no prior knowledge in. As a ballet dancer who knew little about anything else, my new life at Samsung, and the small local office before Samsung that gave me a chance to learn the business, has given me something to focus on as well as a grand stage and a great team of people to work with.”

*All male citizens of the Republic of Korea over the age of 18 are required to fulfill military service before they reach 35 years old. When Cho entered service, the term was 2 years – it has since been reduced to 18 months.