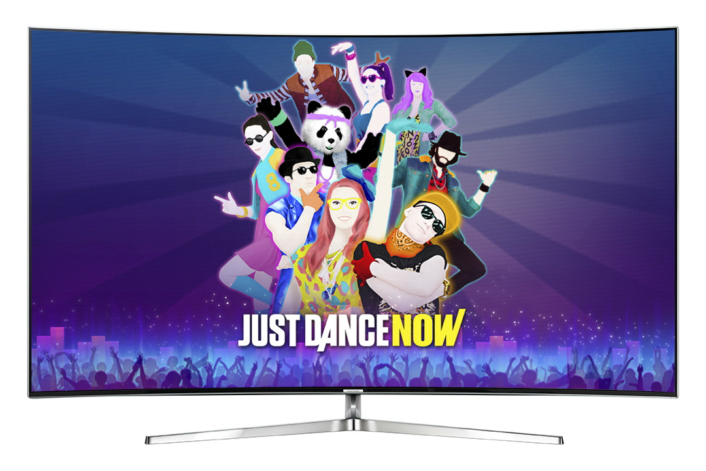 Just Dance Now, the mobile version of the most popular music video game franchise in history with more than 118 million players worldwide, is accessible on Samsung’s 2015 and 2016 Smart TV lineups via the Smart Hub, where Smart TV users will be able to connect quickly and easily to the game. Connection through the Smart Hub also enables users to access the game’s subscription service and conveniently pay through Samsung’s Smart TV billing system.

By simply launching the app via the Smart Hub, players can enjoy countless hours of dancing fun on a huge catalogue of hundreds of songs, including top Billboard hits and classic favorites, with friends and family. Being able to access the game in stunning picture quality on a large TV screen, Just Dance Now will offer a new aspect of the ultimate viewing experience.

“As the leader in the TV industry, we’re committed to providing our users with the premium gaming options they desire,” said YougChan Kim, Vice President of Visual Display at Samsung Electronics. “We’re thrilled to offer one of the most popular music video game franchises of all time to users on our home entertainment ecosystem, including our Smart Hub, which provide the most streamlined and intuitive TV user experience.”

The game, developed by Ubisoft, is available on Samsung Smart TVs more than 50 countries worldwide, including South Africa, Germany, France, the United Kingdom, the United States, Canada, Mexico, Brazil and Australia, among many others.

Ubisoft is a leading creator, publisher and distributor of interactive entertainment and services, with a rich portfolio of world-renowned brands, including Assassin’s Creed, Just Dance, Tom Clancy’s video game series, Rayman, Far Cry and Watch Dogs. The teams throughout Ubisoft’s worldwide network of studios and business offices are committed to delivering original and memorable gaming experiences across all popular platforms, including consoles, mobile phones, tablets and PCs. For the 2015-16 fiscal year Ubisoft generated sales of €1,394 million. To learn more, please visit www.ubisoftgroup.com.