Samsung brought the party to Dubai on March 2, celebrating the launch of the Galaxy S9 and S9+ with a spectacular LED light show on the façade of the world’s tallest building, the Burj Khalifa. As the first technology company to present an LED show on the iconic skyscraper, Samsung highlighted its committment to its “Do What You Can’t” philosophy – a call to defy barriers and empower people to achieve what others see as impossible, to make consumers’ lives simpler and more valuable.

At a series of booths set up near the iconic Burj Khalifa, tourists and spectators who came to watch the light show were able to experience the latest flagship devices up close and personal, while taking photos and creating special emojis on site.

Both the Burj Khalifa event and the Galaxy S9 and S9+ reflect Samsung’s commitment to its brand philosophy. By reimagining the entire camera experience, the new flagship devices speak to consumer needs, giving them a more creative and fun way to express themselves through visuals and audio. To match this spirit of defying barriers, the spectacular Burj Khalifa featured a first-of-its-kind LED light show to highlight how Samsung is evolving with the way people communicate with one another. 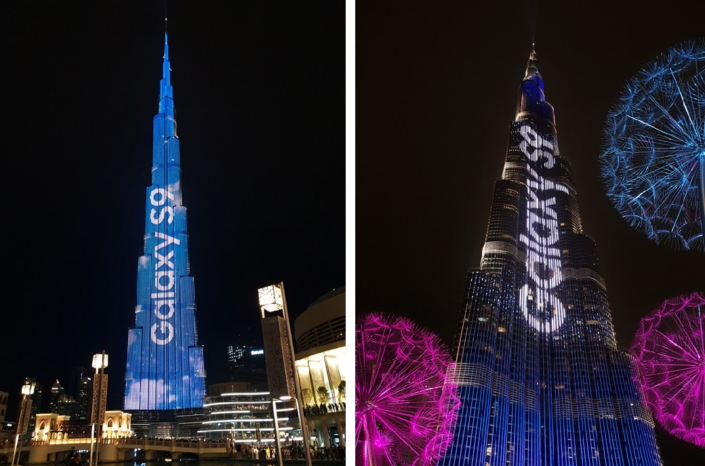 At each immersive experience booth at the event, Samsung gave visitors a chance to discover the hidden moments in their lives and find creative new ways to communicate and express their thoughts and feelings. From creating their own personalized AR Emoji, to taking a picture among the stars in a dark room, the Burj Khalifa event was full of multi-sensory experiences that demonstrated the company’s philosophy of “turning can’t into can.”

Following the Dubai showcase, Samsung will hold events in other cities and at landmarks yet to be announced. So, if you missed the fun, check out the photos from the event and stay tuned for more chances to experience the action firsthand.

Painting with music might sound impossible, but a splash of paint brought color to the beat at the Paint Beat Box experience station – the perfect place to test drive the Galaxy S9 and S9+’s Super Slow-mo feature. 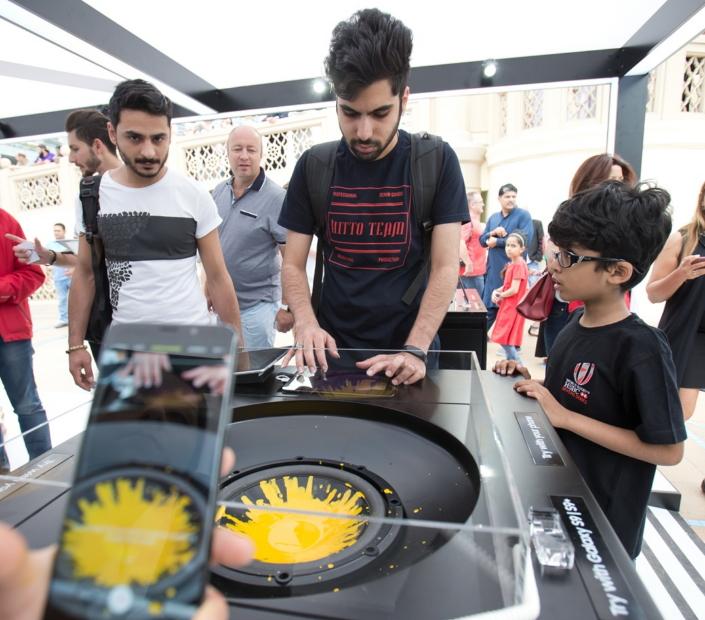 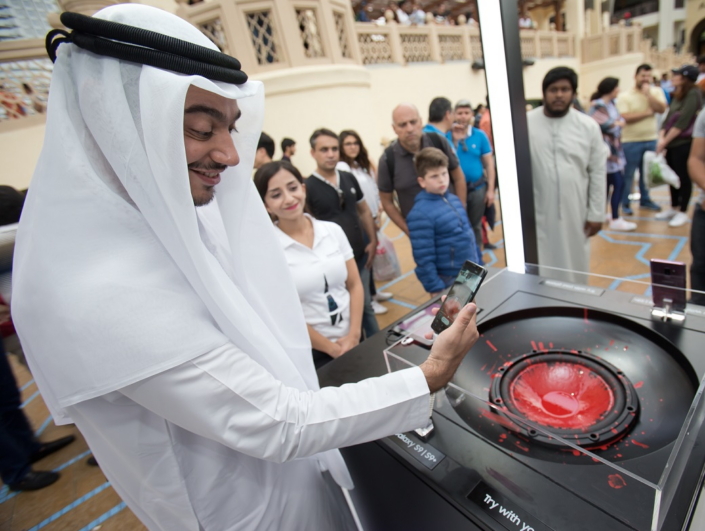 Slowing Down for Science

Ever wonder what a water balloon looks like when it pops? Conjuring the whimsical nature of 8th-grade science experiments, the Water Balloon Wall gave people a chance to experience the Super Slow-mo feature’s automatic Motion Detection. Visitors could capture the exact moment their balloon burst, then watch the action in mind-blowingly smooth slow motion. 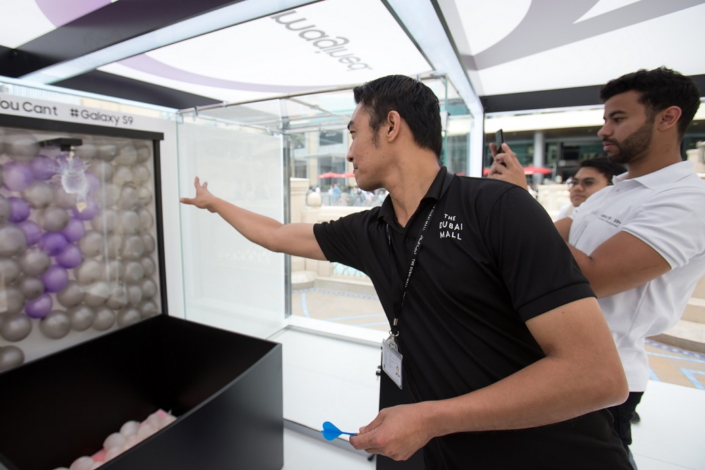 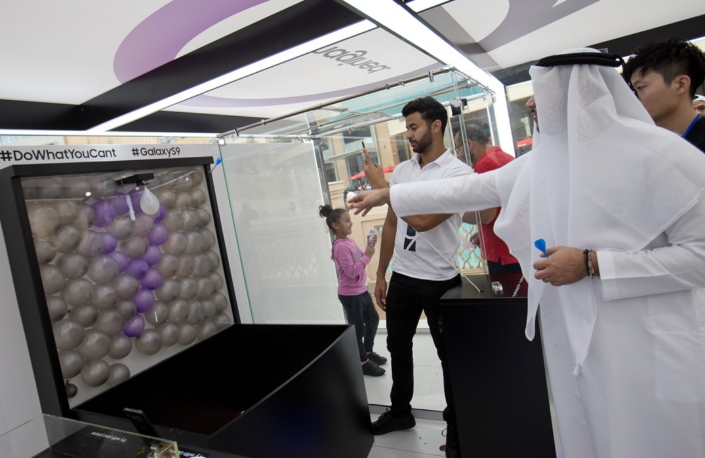 Creating a New, Digital You

Samsung made the virtually impossible a virtual reality with the Galaxy S9 and S9+’s AR Emoji. Visitors could be transformed into an animated character and play with the emoji versions of themselves at the My Avatar experience. 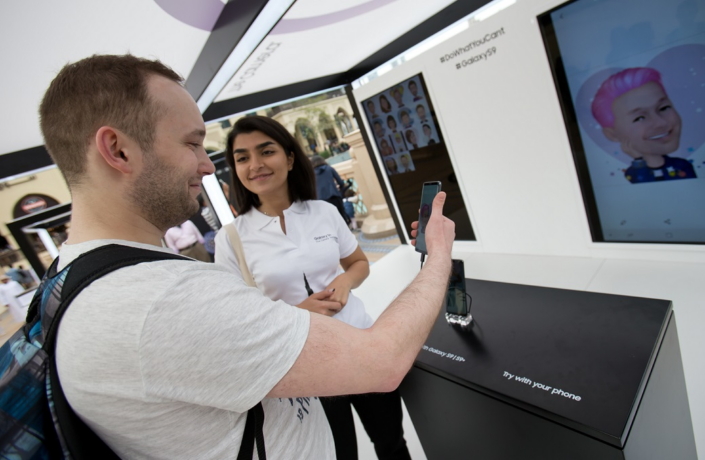 At My Avatar, visitors create an emoji that looks just like them with the Galaxy S9/S9+’s AR Emoji 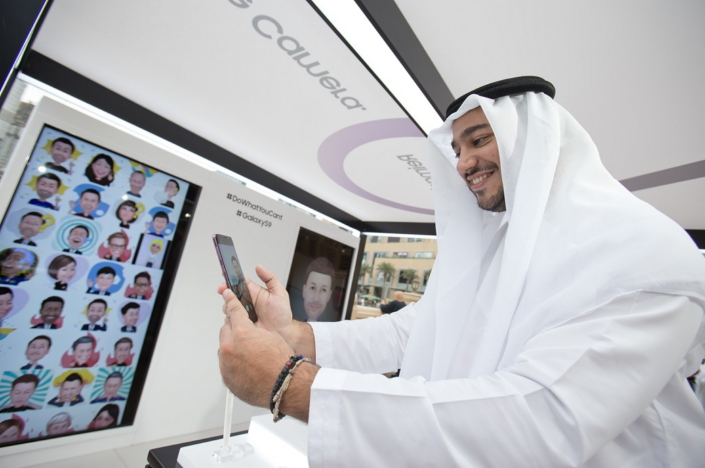 Floating with the Stars

Reaching the stars was almost possible at the Seeing Through the Lights experience, where visitors entered a mirrored room full of low illuminate lights to test out the Galaxy S9 and S9+’s low-light photography capability. With the all-new Dual Aperture feature and fast readout image sensor, the new devices can take tack-sharp photos even in poor lighting conditions. 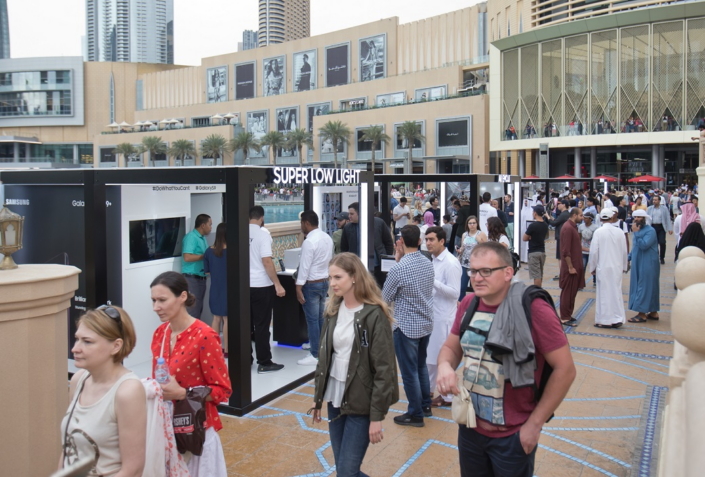