As far as collectible items go, you could say that considering the tremendous amount of history and tradition that surrounds them, baseball cards are in a league of their own.

Jason James, a Senior Engineering Technician in Samsung Austin Semiconductor’s Metrology group, has been collecting playing cards and memorabilia related to America’s ‘national pastime’ sport since he was a child. He’s now the proud owner of the world’s top-ranked master set of Johnny Bench baseball cards, and he credits his hobby with teaching him valuable lessons and skills that apply to both his work and life in general. 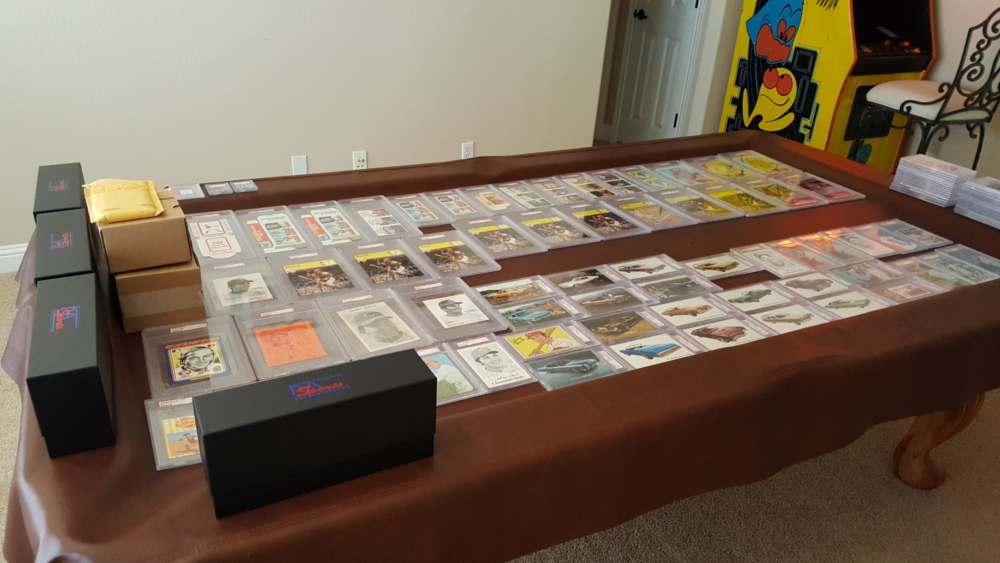 It Began with a Gift

Jason’s day job involves monitoring optical thickness measurement and concentration measurement tools for Samsung’s 300mm foundry line in Austin, Texas. He takes great pride in his work, and brings a wealth of experience to the table.

“I joined Samsung Austin Semiconductor in 2007, but I’ve worked in the semiconductor industry off and on since 1995,” says Jason. “I love it in my current department and role.”

The Illinois native brings that same level of passion to his three main pastimes: collecting Hot Wheels, coins and paper currency, and of course, all things Johnny Bench. The world of baseball card collecting is unique because, as Jason points out, “everyone collects something different, and for different reasons.” In the case of Jason’s top-ranked collection, it all began with a gift from his father.

“I started collecting Johnny Bench items around 1986, when Johnny came to visit Fort Gordon, Georgia,” Jason explains. “My father was a Company Commander in the U.S. Army at the time, and although we were out of town, his First Sergeant got him a baseball that Johnny had signed while [visiting] the barracks. My dad gave me the baseball, I started collecting his cards, and I never stopped.” 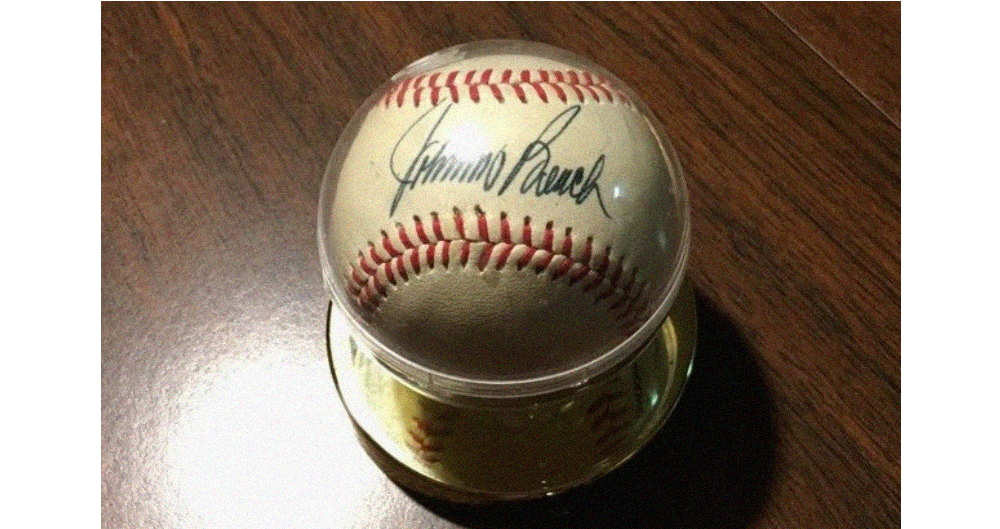 An Appreciation for Oddballs

After receiving that first baseball, Jason began to scour his local card shops and purchase any card (“that a 12-year-old could afford”) that had Johnny Bench on it. Although it became harder to find collectibles when his family moved to Germany, he continued to grow his collection, piece by piece. Today, card shops have become harder to come by, so over 95 percent of the items that Jason purchases come from online auctions.

Jason’s collection may be centered around Johnny Bench, but it also features collectibles that honor other players who were important to him growing up, as well as what are affectionately known as “oddball” items.

“I’ve always had a fondness for a Pittsburgh Pirates player named Willie Stargell,” says Jason. “And of course, being born in the state of Illinois, I’ve always liked a player known as ‘Mr. Cub’ – Ernie Banks.”

As he explains, oddball items are usually rarer than common baseball cards, and typical examples include things like vintage candy containers, pins and advertising materials. “At one point,” he notes, “the paper sleeves on hot dogs had player cards integrated into them. Some of these items sell for hundreds of dollars each when they are [appraised], even when they’re in mediocre condition. It’s crazy for something printed on a pack of hot dogs from 1968 to sell for that much in 2018.” 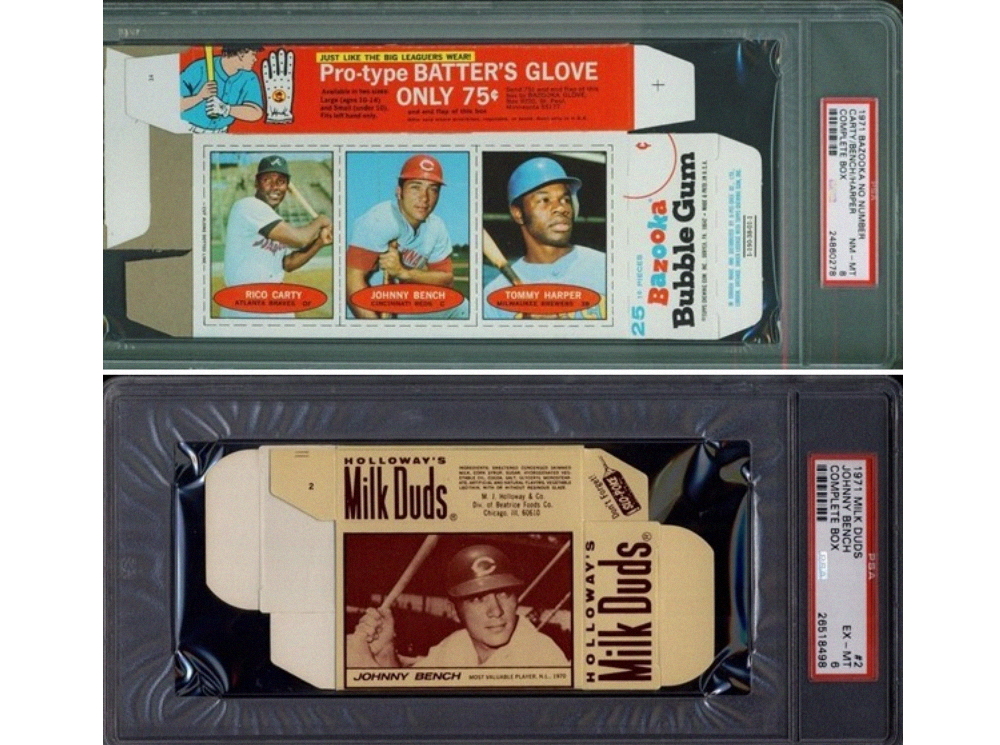 Jason’s collection is packed with rare items, like these vintage ballpark bubble gum and candy containers, that would sell for hundreds of dollars today

More Than a Hobby

Jason’s passion for collecting has seen him amass an impressive—and wide-ranging—haul of interesting items, many of which carry deep personal value.

Some of the biggest examples (in the most literal sense of the word) would be his three full-sized arcade machines. The prize piece of this collection, Jason explains, is the upright Super Pac-Man machine: “It’s an original cabinet that my mother and I cosmetically restored much of the exterior of, and the inside is all new electronics, with a mainboard that has 60 different classic 80s video games on it.” 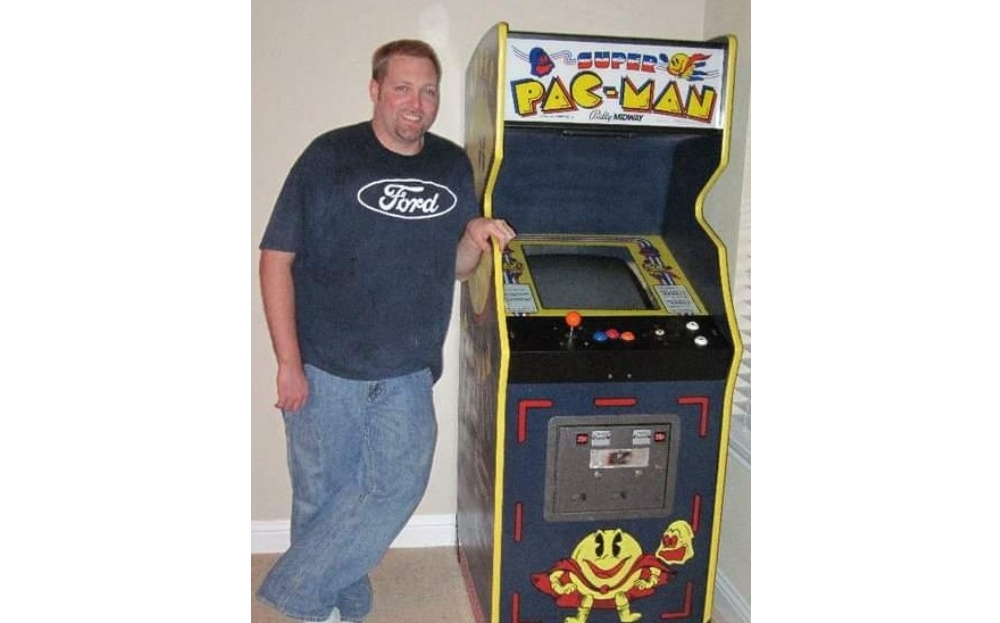 Jason’s passion for collecting has seen him amass an impressive haul of interesting items. Here we see one of the biggest examples: an original Super Pac-Man arcade machine that Jason restored with the help of his mother

He also points out that the nuts and bolts of collecting have helped him excel in his work at Samsung Austin Semiconductor.

“I’d say that the organizing and record keeping of my graded items has always carried over into my work, [including] how I keep up with my various reference ‘test’ wafers and their inventory.”

Overall, Jason’s experience tracking down rare cards and other memorabilia for over 30 years has reinforced valuable lessons that extend far beyond the world of collecting.

“In card collecting… it’s never giving up that’s the key,” he explains. “Finding a very rare item can take years, and may never even happen, but you have to keep looking.”