In 1985, thousands of spectators lined the roads of Geneva, Switzerland to witness the world’s very first solar powered vehicle rally, the Tour de Sol. The race was conceived wherein the winners were those who used the least time to travel the set course, powered only by solar energy, each day. Since then, similar races have emerged all around the world, attracting many business corporations and university club teams keen to develop their technological and engineering skills.

One university team alumnus is Seongmin Choi, of the Package Engineering Team, Device Solutions business, Samsung Electronics. Whilst majoring in Mechanical Engineering, he and his friends founded a club so as to take part in the World Solar Challenge 2013, competing in a solar-powered car built from scratch. An undertaking of grit and determination, Choi’s story is a powerful reminder that any enterprise, no matter how impossible it may seem, is worth the effort.

Of all the solar car races that exist around the world today, one of the most notable is the World Solar Challenge, or WSC. The race challenges participants to travel over 3,000km through some of Australia’s most remote landscapes from Darwin, Northern Territory, to Adelaide in South Australia. Attracting competitors from all around the world since its inauguration in 1987, in 2013 the WSC caught the attention of Choi and other members of the automobile manufacturing club he co-founded, KUST.

The members of KUST, especially Choi, relished the chance to develop their skills with the WSC. “The automobile is the ultimate product of mechanical engineering. All knowledge of dynamics and technology are involved when building an automobile, and as a mechanical engineering major, I was very interested in automobile manufacturing. So, when my friends told me about the race, I jumped at the opportunity.” 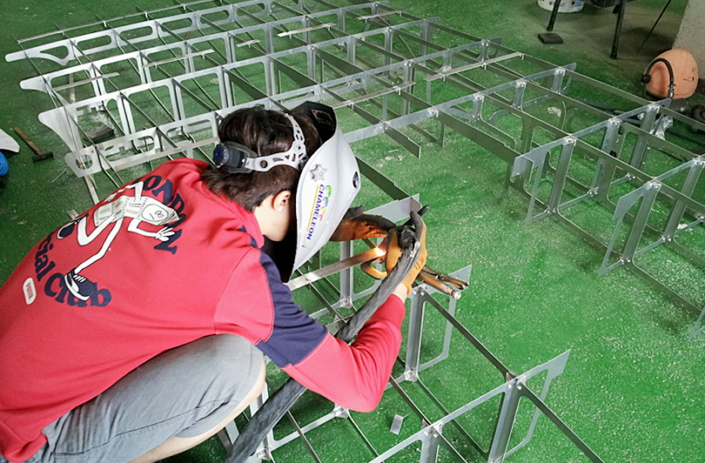 Choi welding during his time with the KUST team

Founded in 2012 by 22 students of mechanical engineering at Kookmin University, the KUST team put their heads together to develop a solar-powered vehicle up to the demanding challenge. This entailed extensive studying and the team quickly realized that this would be no easy undertaking, as they would be up against time – the competition was under a year away – as well as resources.

A Fork in the Road

Building a solar-powered vehicle can cost anywhere between 200 million and 2 billion won. An integral part of the car KUST needed to develop for WSC was its reliance on solar energy, a plentiful resource in the blistering outback of Australia, but one that requires specific and often expensive materials to manage.

KUST’s car for WSC 2013 at its foundation stage. The entry teams are required to do everything from start to finish, from design to production

In order to race effectively with solar as the energy source, a car needs to be as light-weight and as aerodynamic as possible. The ideal material for this is carbon fiber, but due to lack of resources, the KUST team had no choice to make the most of what they had access to and constructed their car out of aluminum. “An aluminum car requires endless hours of human labor,” notes Choi. “Because of this, I ended up not being able to go home for almost two months. We spent many sleepless nights working on the car.”

Choi and the KUST team work on their solar-powered car

Another roadblock along the way to constructing their solar-powered vehicle came at the test-driving stage. One of the major parts wasn’t standing up to the weight of the car when driven at speed, resulting in an expedition to Youngam in the southern part of Korea to tweak and test the malfunctioning part. For three weeks, Choi and his team slept outside and with meager provisions in order to get their car ready for WSC 2013.

One year of hard work and lost sleep later, the team and their car, the ‘Dokdo’ (the name of an iconic island), headed to Australia to compete. While inclement weather ended up foiling their progress and eventually stalling their journey, the team made it an impressive 2013 km into the journey across the unforgiving Outback. Having achieved their primary objective in competing in the WSC 2013 – to simply participate – the team was confident that they’d managed to pave the way for their future team members.

This hard work was to pay off two years later, when KUST, minus Choi who had by then graduated, took part in the 2015 WSC – this time with corporate sponsorship thanks to the buzz created by the 2013 team. Their car, the ‘Baekho’ (‘white tiger’ in Korean), succeeded in completing the race in its entirety, a feat that would have been unattainable were it not for the blood, sweat and tears put into the ‘Dokdo’ by Choi and the 2013 team.

Reflecting on his team’s experience of entering the WSC 2013, Choi emphasizes: “You can’t expect success to come overnight. It hadn’t been easy for us without the sponsorship we needed, so we wanted our club to be able to focus on completing the race in the future.”

Choi has also emerged with nerves of steel and an ability to see difficult situations through to the end; “Most tasks end up being not as challenging as they first seem”, he muses. 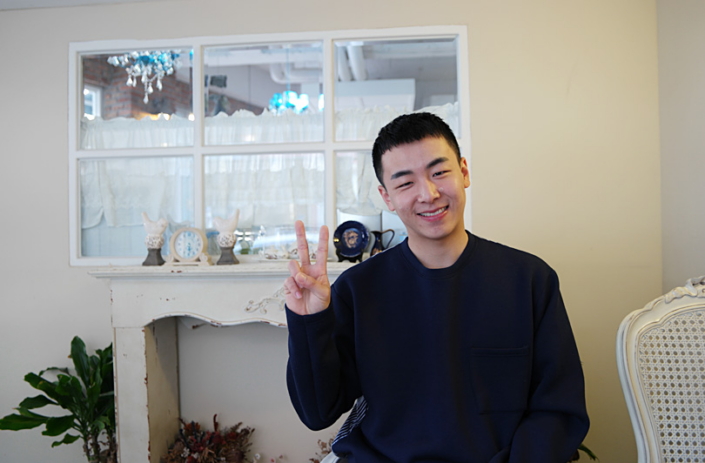 From solar-powered cars to semiconductors, Choi is as determined as ever to make waves in the field of mechanical engineering

Choi has now set his sights on making similar achievements to his team leader in the field of semiconductor standards. “He has really left his footprint in the history of semiconductors,” Choi notes. “I want to be just like him.”

Given the determination, grit and ability to see the longer-term picture Choi demonstrated in his solar-powered car construction endeavors, it looks like Choi might have a very bright future ahead of him.