The Samsung Engineer Who Moonlights as a Singer-Songwriter – Daeneung Kim

“There is geometry in the humming of the strings.
There is music in the spacing of the spheres.”

– Pythagoras, attributed by Thomas Stanley
in The History of Philosophy (c.1660)

The connection between music and math is keenly debated to this day. Certainly, many musical concepts are underpinned by mathematical knowledge – but knowledge of math is not essential to creating music.

For Daeneung Kim, music and math exist in harmony. The young man is an engineer at Samsung Electronics by day, and a singer-songwriter by night, penning music and lyrics under the stage name “Neungwriter”. Kim moves seamlessly between these two worlds. 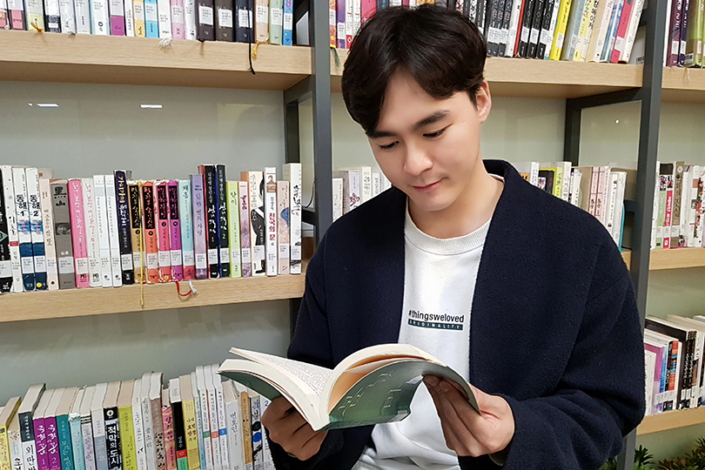 “I watch TV dramas and movies, and I read a lot. When I see or hear something that moves me, I try to write it down immediately” says Samsung Electronics engineer Daeneung Kim a.k.a. Neungwriter

An Artist in the Making

Kim grew up with a love of music. As a child, he relished playing the piano in front of audiences.

“I seriously thought about going to a middle school for the arts,” Kim confides. “But life took a different course and I pursued another passion at college: electrical engineering. The music never went away. I think it was when I turned twenty that I decided I had to make my own music.”

Having spent eight years writing and honing his skills by himself, he felt ready to share his music with the world: “After a few years, I began thinking: I could make an album. In today’s music market, I don’t need to sign a major record deal.”

The process of recording, mixing and editing the songs was steady and patient work. But after a year, his album was finally finished.

“I was so proud of my album, like how a father feels about his newborn child,” he recalls. “However, by the time it was released, I’d heard and sung it too many times to be really excited. I also felt a tinge of regret over parts I could have done better.”

Despite Kim’s modesty about his album, his music has indeed proved popular. He was taken aback the first time he heard a familiar melody while out and about with his friends in the city.

“My first reaction was surprise: ‘Oh that’s my song!’ It felt really good. I’ve been writing songs since I was 20, so I’m used to songwriting,” reveals Kim. “But after the album release, I started hearing my songs in coffee shops and retail places. As I meet people at work who tell me they enjoy my songs, I have realized that what I’m doing is a bit special. Whenever I remember that, somewhere out there, there may be people I don’t know listening to my music, I feel amazed.”

In His Own Words

Kim was excited to talk about his album inspirations, which come from a variety of sources. He always writes the lyrics before beginning on the melody.

“I don’t just draw from my own life experiences – I’ve tried to expand my emotional world as best as I can,” says Kim of his creative process. “I watch TV dramas and movies, and I read a lot. When I see or hear something that moves me, I try to write it down immediately on my smartphone’s Notes app.”

In his most recent song, titled Starry N Stellar, he sings about thinking of someone a night when the stars are shining bright. Kim says he wrote the words after seeing Vincent van Gogh’s “The Starry Night” while studying Western Art History. “I couldn’t take my eyes off it. Then I began to wonder what van Gogh had felt as he was painting.” 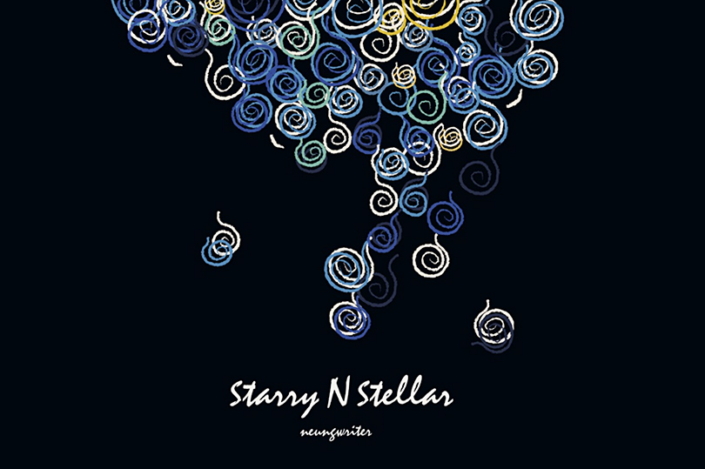 While life at Samsung might seem very different from the world of a fledgling musician, Kim neatly bridges the two worlds, pursuing both his dreams.

“I realized that I didn’t have to select one over the other,” Kim explains. “I also like engineering, so why couldn’t I work as an engineer and be a musician at the same time?” 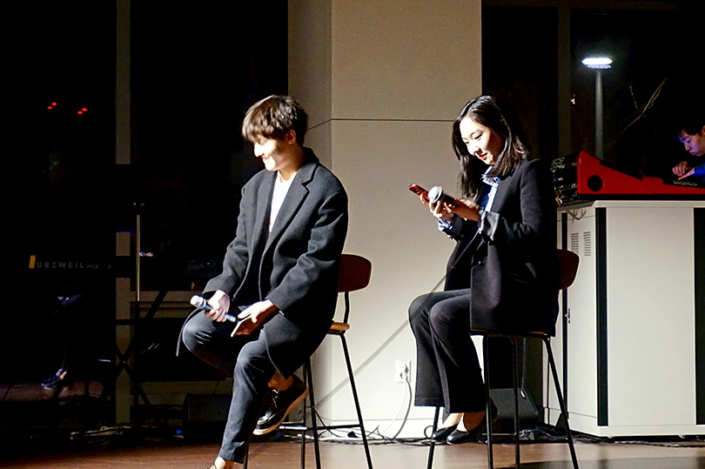 He is excited about the opportunities this decision has given him as it allows him to explore both sides of his personality to their fullest.

“The engineers here are great, I am surrounded by people I can learn so much from and I am thankful for it. I am proud to be working for a company that employs so many innovative and creative minds.”

When asked about the differences and similarities between music and engineering, Kim had this to say: “I learned to compose on my own. I knew how to play an instrument but making music with a computer was a whole different story. So different that it was daunting at first. I remember feeling devastated when I first tried – it didn’t come out at all like I had imagined. I think working at a company is quite similar. When you are new, you don’t know how to do anything. People help you but, eventually, you need to figure things out on your own in order to make the job completely yours.”

Daeneung Kim brings his curiosity and spirit of determination to music and engineering alike.