The answer to the question of ‘what happens next’ with something once we’ve finished using it is usually a simple one. Paper and plastic go into recycling bins to be given new life and old electronics can be returned to be re-purposed. But what happens to bigger ticket items that run out of steam? Most of the time, they end up in dumps or scrap heaps; and our knowledge about what happens next ends there.

However, some enterprising individuals have found a way to harness their creativity and know-how to breathe second life into these abandoned scraps. One such enterprising individual is Kenneth Abraham, of Samsung Austin Semiconductor, whose hobby has developed from a childhood interest in unique vehicles to the ability to repurpose nonfunctioning junk into fully operational vehicles.

Diamonds in the Rough

Kenneth’s interest in building vehicles stems from a childhood spent in the foothills of the Sierra Nevada range in California. An area where people often live unwalkable distances from each other, Kenneth grew up commandeering dirt bikes and other more unusual forms of transportation in order to travel around. He and his older brother would also pass the time re-building vintage sports bikes together; an activity that would lead him to his interest in re-vitalizing the discarded.

“My brother and I had just finished putting together a ‘90s Honda CBR and had an aluminum frame left over from the parts we used,” recalls Kenneth. “My brother mentioned he was going to recycle it, but I looked at it and saw the potential for a trike – I mentioned this to my brother and our project started from there.” 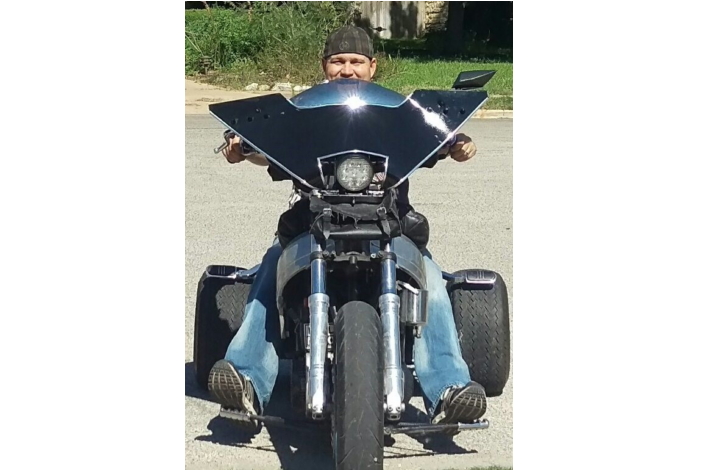 Kenneth and his first creation – a trike

Kenneth had always enjoyed building things but was put off by the cost of new materials – particularly given the limited options his hometown had on offer. Therefore, he learnt to modify what he found while out visiting junkyards and turn it, through some creative thinking and mechanical know-how, into what he needed for his creations.

Crafting Something Out of Nothing

Kenneth primarily honed his mechanical knowledge and skills through practice on abandoned, broken-down vehicles. But this soon developed into him creating his own vehicles from discarded scrap. Kenneth is able to manage each and every step in the re-purposing process, from scrap collection to test driving. This is no easy feat considering the wealth of safety and technical considerations that go into such projects – not the mention the eagle eye for spotting potential in the discarded that is a must.

His first project, a trike (three-wheeled motorcycle), demonstrates Kenneth’s eye for re-purposing. “The trike’s frame came from a ’97 Honda bike that I cut down, the seat was made from an old office chair, a 50-gallon drum became the rear fender, and an old helmet visor became the front windshield,” notes Kenneth on just a few of the re-purposed components he created his trike from.

Another building accomplishment of Kenneth’s is his riding cooler; having seen the vehicle on offer at what he considered extortionate prices, Kenneth set out determined to make his own. “I found a motor assist chair at a Goodwill Auction that was not working, so I bought and repaired – it had some wiring issues. I then took the chair apart, built a box to hold my cooler and equipped the machine with lights and a stereo.” 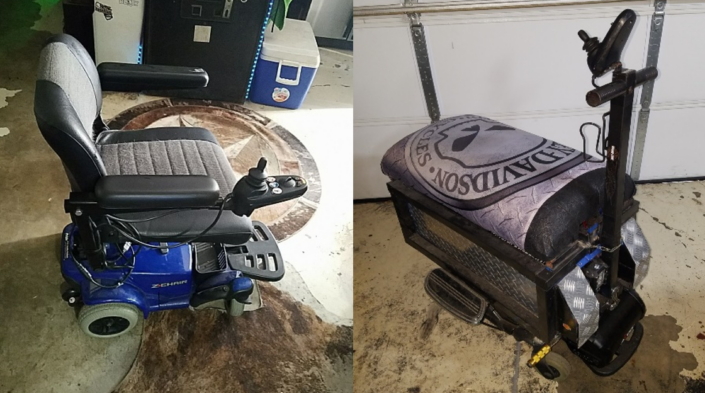 In developing this childhood hobby through to engine-roaring fruition, Kenneth cites his older brother, Elroy, as his inspiration. Having at age 13 watched him customize the dash on his Volkswagen Beetle, Kenneth became determined to pursue this hobby himself. He says that, nowadays, his hobby serves to give him a different perspective on his day-to-day work at Samsung Electronics. Not only this, but thanks to the 5S workplace organizational methodology employed by Samsung Austin Semiconductor, he is now sure to keep his hobby work area 5S-compliant for maximum efficiency and safety.

Further to the harmony that Kenneth has achieved between his work and his passion, the biggest takeaway he has to share is simple – just to take a break every once in a while. “Sometimes things don’t go together as you thought, and you can get really frustrated,” Kenneth muses. “I have found that simply stopping to take a breath can calm your mind and let you see something you were missing before.” 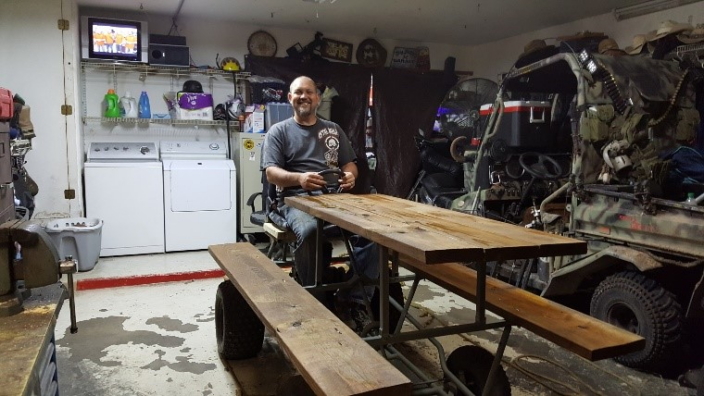 Kenneth posing proudly with another of his creations, a motorized picnic table

Of course, Kenneth often comes up against challenges – particularly when looking to replicate features seen on traditionally manufactured machines on his own inventions. But the motto inscribed on his work bench represents his drive, even in times of difficulty; ‘Doubt Kills More Dreams Than Failure Ever Will.’

Kenneth’s unusual and laborious hobby might seem somewhat out of the reach of those of us who don’t possess knowledge on the workings of either mechanical engineering or how to re-purpose scrap; but his commitment to achieving his goals and not giving up at the first setback is a universally admirable quality. Kenneth even has some wise words for anyone looking to take up any enterprising hobby: “just try it – you might surprise yourself!” 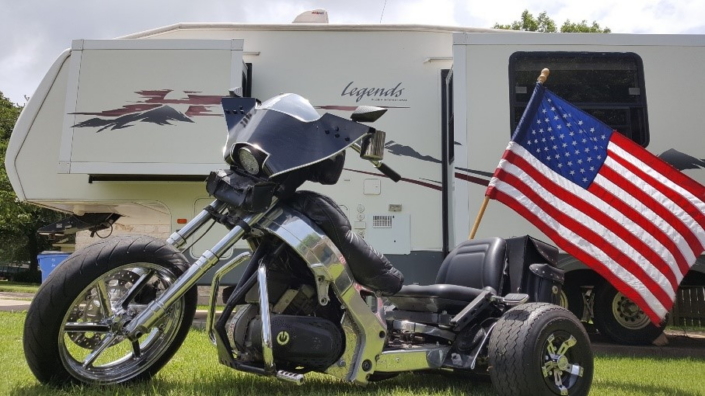