When Le Khoi Nguyen applied for the 2007 Samsung Global Scholarship Program, the young Vietnamese student could hardly have known that this was the first step on a journey to becoming one of the youngest director-level managers at Samsung less than five years later. 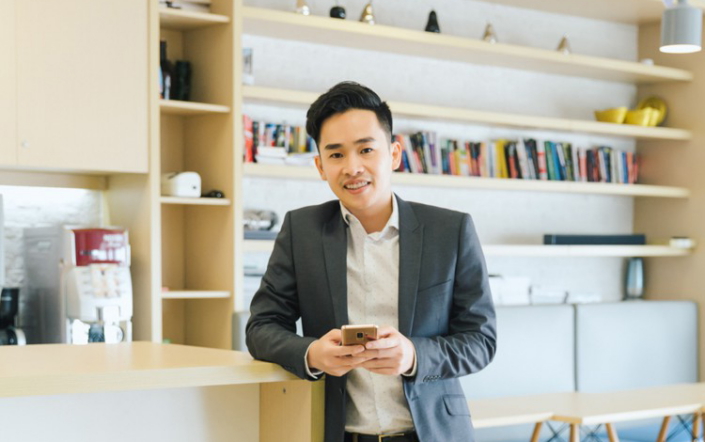 With a youthful face that belies his years of experience, Nguyen has taken his team at Samsung from strength to strength, in a story parallels how hard work and dedication have shaped Samsung’s growth in Vietnam.

Serendipity for the Scholar

In 2007, Nguyen approached the end of his Bachelor’s degree in Electronics and Telecommunications at Ho Chi Minh Polytechnic University. He was weighing up his options for the future when he learned about the scholarship opportunity to undertake a Master of Business Administration and practical training in Korea. The scholarship was offered by Samsung to students from the top four universities in Vietnam.

“I knew I had a real desire for business. When I first read about this scholarship, I thought to myself: ‘It was made for me.’ So, even though I didn’t have a business background, I submitted my application.”

His initial concerns were unfounded, as the company actively sought out candidates from a range of disciplines for the scholarship. After passing several rounds of interviews, Nguyen became one of three Vietnamese students chosen to receive the Samsung scholarship, leaving for Korea shortly after.

Nguyen faced many difficulties during his master’s program, but a lack of professional knowledge and getting to grips with the Korean language proved to be the greatest.

“When learning about business, I was very surprised and very worried. As everything was new to me, I was forced to put in more effort to match my counterparts. Studying Korean was hard work. It was difficult when I first started as the grammar was completely different to Vietnamese.”

In his second year, Nguyen’s language skills developed, and he was able to communicate more freely with his classmates. After graduating with a Master of Business Administration Degree, Nguyen was assigned the role of Area Manager for the IT and Mobile Business, based in Suwon, South Korea.

Nguyen returned to his home country in 2011 to take up a position as the Head of Product Marketing of the Mobile Device Division in Vietnam. 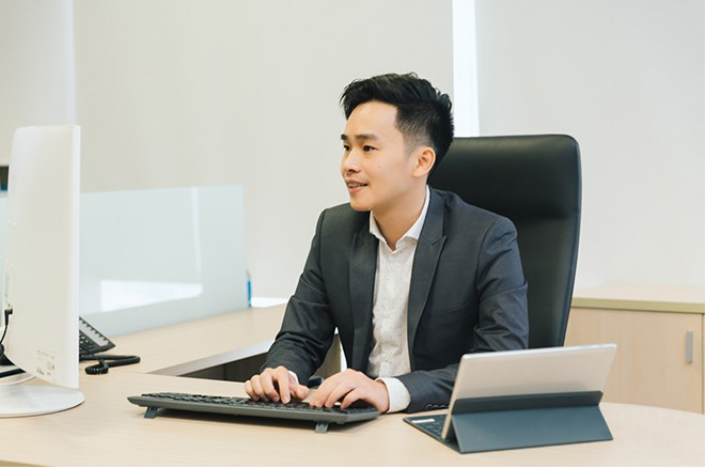 His Vietnam team was a small unit of just two people between 2012 and 2013. Together, they managed the mobile product strategy for the entirety of the Vietnamese market.

“When I was first appointed – it felt like an enormous amount of pressure. It was my passion that kept me going. 100 percent was never quite enough,” Nguyen explained. “But regardless of where you come from, the head-on challenges and experiences are more or less the same. The company continues to give all its employees opportunities to grow.”

His team of two grew to a division of 14 people, and Nguyen is now the Head of Product Marketing. Nguyen and his colleagues have strived for success in the Vietnamese market, constantly moving forward with the next project.

“Pressure is not about being in the position of director, but rather being responsible for your own work and deciding what you need to do, then doing it. I would like to be remembered as a person who does not just come up with ideas, but also sees those ideas through to the finish.”

Nguyen did indeed meet the challenges he faced head-on. As his experience grew, so did Samsung Electronics Vietnam, with Samsung’s mobile phone market share in Vietnam increasing to reach 50% in the last months of 2017.

Vietnam is a significant country for Samsung, a hub for production and exports. The vibrant nation adapts quickly to shifts in the market, and individuals from Samsung Electronics Vietnam provide their insights to help the corporation localize.

“The team in Vietnam is one of Samsung’s youngest teams in the region. The atmosphere here is young, and perhaps a bit more ‘free-spirited, ,” revealed Nguyen. “There is no strict hierarchy, and all ideas are put on the table for discussion.”

Offering up his own assessment of his performance over the last ten years, Nguyen says that he now prefers to think more deeply, look at problems from more angles and make concerted efforts to improve himself every day.

“If I had to give advice to young people looking for opportunities at Samsung, I would advise them to understand their passion and cultivate a creative mind.”