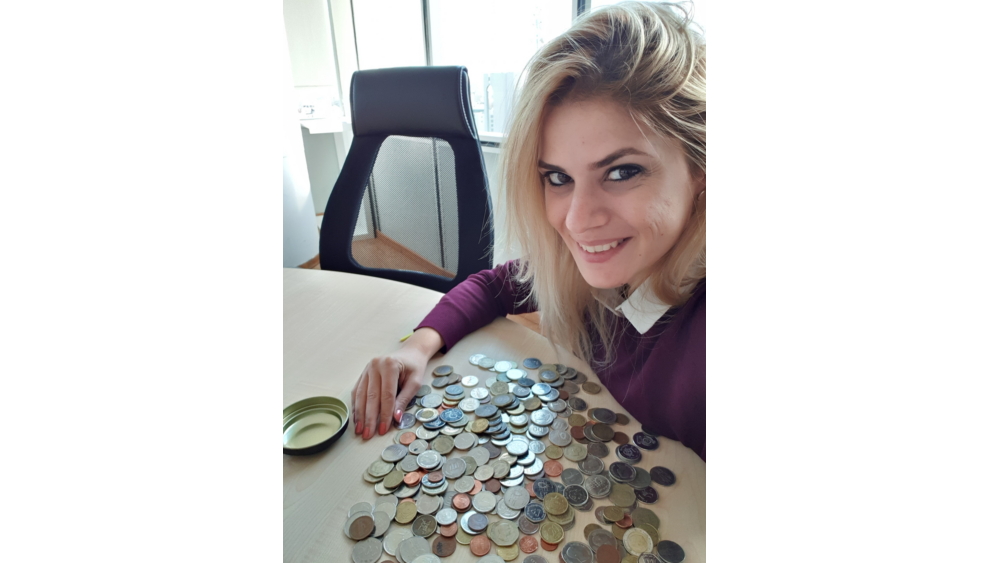 Coin collecting, a practice stretching back to the 3rd century BC, is one of the oldest hobbies in the world. Thanks to the modest proportions and portability of the objects concerned, as well as the prevalence of all different types of currencies the world over, it is also one of the simplest, and least time-consuming, past-times. Actors Joan Crawford, Kate Hudson and James Earl Jones, and even 32nd President of the United States Franklin D. Roosevelt, have participated in this low-effort yet wholly rewarding hobby.

Another amateur collector is Gassia Berberian, Marketing Manager, Lebanon Branch, Samsung Electronics Levant. But for Berberian, this numismatic (a term referring to the study or collection of coins) pastime is more than just a cosmetic interest in coinage. Currencies from around the world hold a value beyond currency; to Berberian, these pieces of metal represent pieces of each country’s culture that are not to be underestimated.

The Hobby of Kings

Coin collection is a pastime with an illustrious history. During the 15th and 16th centuries, ancient coin collection became a ‘hobby of the kings’, as national figureheads all over the world aimed to establish themselves by possessing the most distinguished collections of minted coinage around. Beyond their rarity or fiscal value, coins have always provided remarkably accessible insights into cultural history, be it ancient or modern.

Today, the pastime is still going strong among amateurs and serious collectors worldwide. Some collect to acquire sets featuring notable figures or dates; others look for artistic themes and trends from across the ages; and others, like Berberian, seek deeper cultural understanding with each unique addition to their personal collections.

Many casual coin collectors often begin their hobby by saving notable coins found by chance – be it change found in a pocket following an international trip, or an old coin spotted in circulation. Berberian’s interest began back when she was a teenager and taking her first steps into international travel; “For me, a coin is the best souvenir I can save from a country.”

Coins offer a starting point to learning and understanding a country’s culture. For Berberian, the coins in her collection serve as physical reminders of the cultural interactions she’s had at each country. They also often highlight important landmarks, people, and mottos which informs us about a country’s architecture, history, economy, principles, etc. For example, one of her favorite coins is the Japanese 50-yen coin which features a chrysanthemum on its reverse. The Autumn flower is the official seal of the Imperial family and represents longevity and rejuvenation, which are traits that the Japanese value.

From All Corners of the World

While her interest in collecting coins from all around the world began in her youth, it was not properly compounded until she joined Samsung in July 2016. Traveling to other countries is a bit more frequent now (for her and/or her colleagues); at the end of her very first business trip, Berberian found herself the proud owner of a variety of different coins, and from then on out her hobby blossomed.

Rule number one in developing her collection, for Berberian, is no buying online. She boosts her collection through her own travels and is also grateful to her friends and colleagues for passing on their loose change following trips abroad.

Collecting coins provides Berberian not only pride of ownership, but with a sense of personal accomplishment; “I like observing the differences in design, shape, color and content of each coin,” she notes. “My hobby has enhanced my appreciation of art and my knowledge of history, geography and politics.” 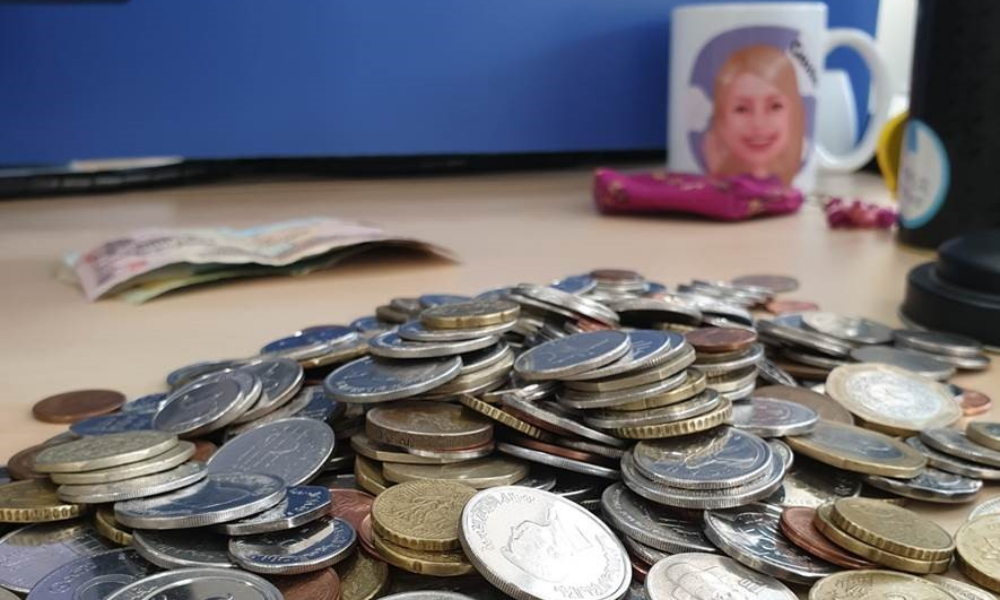 Berberian’s collection continues to grow. Berberian’s Samsung Galaxy AR Emoji is visible on the mug in the background

The Currency of Communication

With every country visited, either by Berberian herself or her cooperative colleagues and friends, Berberian gains a new small insight into global culture. “Each coin represents a different culture and people,” observes Berberian. “At Samsung, our workplace is multicultural. I am always intrigued to find out more! Collecting coins quenches some part of my cultural thirst.”

As for the future of her collection, Berberian looks forward to taking its presentation to the next level. “One day I will display these coins in a unique and creative way. Maybe I’ll cover a full wall back at home with them!”. For the time being, she will keep growing her collection and continue experiencing what she describes as one of the key life lessons from her hobby; “That there is more to life than meets the eye – literally!”

Three of Berberian’s favorite coins from her collection, each with their own unique design and cultural references

We all have our own ways of remembering and commemorating the places we visit and the experiences we have there. Berberian and her commitment to commemorating each new place she encounters takes this to the next level, as it is ambition that drives her to keep learning and expanding her collection. For those looking to similarly immerse themselves in other cultures through a new hobby, Berberian is positive that you, too, will find success; “Go ahead!” she notes, “It’s never too late.”