Tucked inside the DSR (Device Solutions Research) Tower of Samsung’s Hwaseong Campus in South Korea, there is a special room dedicated to employees’ musical talents. Gifted individuals from across the company come together to form the Samsung Electronics Nano Philharmonic Orchestra, creating beautiful music in their free time, as well as innovative products during their working hours.

One member of this accomplished group is Seongchan Jang, an engineer in the SSD Development Team, who is also a gifted pianist.

Maestro in the Making

Jang started playing the piano early in life, and it soon became apparent that he had both enthusiasm and flair in abundance.

“When I was five, I first witnessed my older brother’s piano lessons at home. It wasn’t long before I was asking my mother for my own lessons and the piano teacher taught me a few nursery rhymes,” said Jang. “I was eager to practice, and I was good. But sometimes I do wonder if I was more than a little motivated by the competition with my brother.”

During his early years, Jang channeled his passions into the piano. From second grade until sixth grade he attended specialist school to prepare for entry into Korea National University of Arts.

“I was admitted to the school after passing an audition. Once enrolled, you have another audition or a school recital twice a year, and students who did not meet the standard were asked to leave,” he recalled. “I also had elementary classes, so the rest of my life was centered on piano practice. I definitely felt the pressure.”

During his adolescence, a number of factors contributed to his decision to stop playing classical piano. Over time, his priorities had changed and, as for many youthful teens, there was a hint of rebellion.

After leaving the specialist school and returning to public education, Jang paid great attention to his academic life. He chose to focus on the sciences to prepare for college, but he did not give up playing the piano entirely.

“My school friends were my biggest fans, and their encouragements prompted me to resume piano lessons. But this time, instead of concentrating on drills and improving every little thing, I did it just for fun.”

Following in the footsteps of his brother, Jang studied engineering at college. Even then, he was consistent in his piano practice, undertaking an elective class in music. Despite the differences in the two disciplines, Jang maintains that there are certain characteristics that bind them together.

“When playing the piano, it’s important to play the notes as they appear on the score sheet, but everything depends on my own interpretation,” Jang explained. “At Samsung, I work alongside several interrelated departments. Collaboration is not about playing exactly what a score instructs but about taking the needs and actions of others into consideration. Harmony and balance are essential to both playing the piano and carrying out my work.”

Intrigued by the semiconductor field while at college, Jang joined Samsung after he graduated. At first, he did not know if there would be a place for him in the Nano Philharmonic Orchestra. 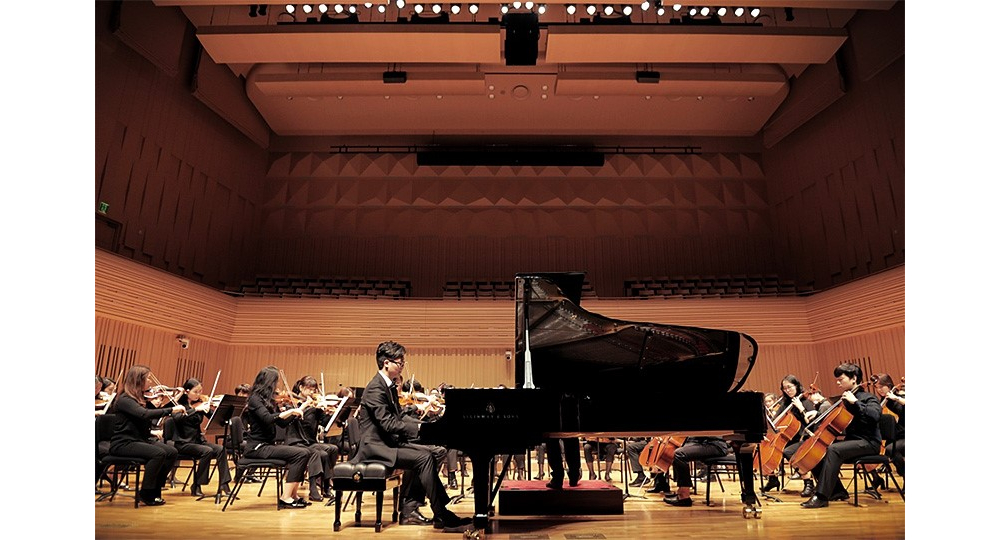 “In fact, an orchestra rarely has a piano,” Jang revealed. “But about two years ago, I was playing the piano in the auditorium during my lunch hour, along with my friend who plays the violin. The orchestra’s conductor heard us and asked me to join.”

The sincere dedication of the orchestra members shines through in the practice room. One can often see people cutting their lunches short to fit in some extra music practice. Participating in the orchestra has also prompted Jang to think about his aspirations and dreams. 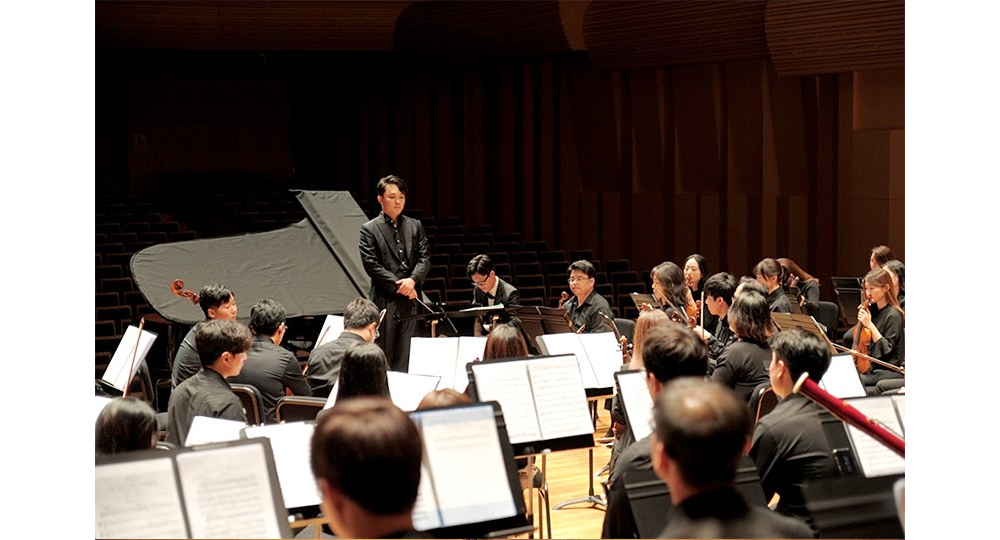 “All of us really cherish this orchestra,” said Jang. “As for myself, I will keep practicing until I can take part in an amateur competition. If my kids decide to embrace music, I hope that we can play together one day.”

See Jang play the piano as an ensemble member of the Nano Philharmonic Orchestra below.