SAVE for Milan, Presenting Citizens a Renewed Park 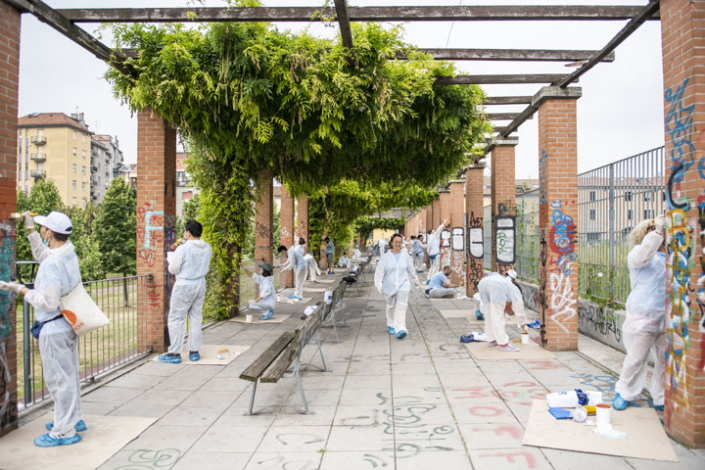 On July 12, 2018, more than 250 Samsung Electronics Italia employees gathered to ‘retake’ Robert Baden-Powell Park in a volunteer campaign called “SAVE for Milan.” The idea was to clean up an abandoned park and present it to the citizens of Milan as a renewed public area.

Reviving a Park That Had Seen Better Days

Robert Baden-Powell Park is located in the center of Milan, Italy near the Naviglio Grande, a historically important canal. It was built in 2005 to brighten up an area previously characterized by run-down shacks and warehouses. However, park fell into a state of despair over the years – mainly due to vandalism. 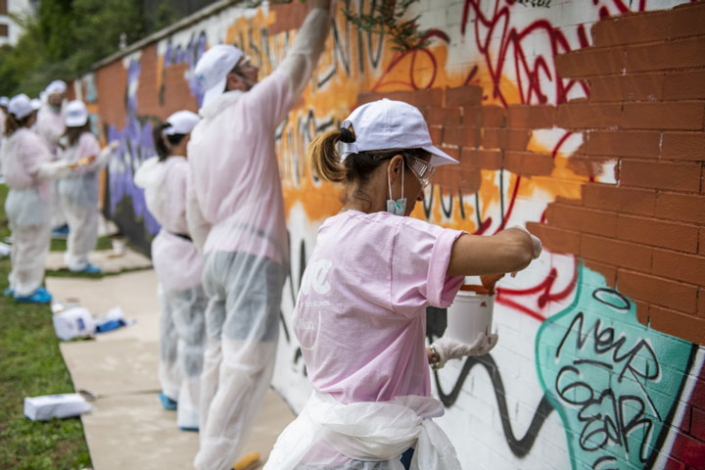 SEI employees work to remove the graffiti from the walls, entrances, pergolas, benches, light poles and the children’s area of the park

On the Thursday morning, Samsung Electronics’ employees who work out of the Milan office gathered at the Navigli District to revive the park. Divided into numerous teams, the volunteers removed graffiti that defaced all facets of the estate.

AMSA, a waste management service, joined the initiative. Not only did they help clean the garden prior to the paintwork, but also organized waste disposal, divided by type, in special containers and with dedicated vehicles at the end of the event. 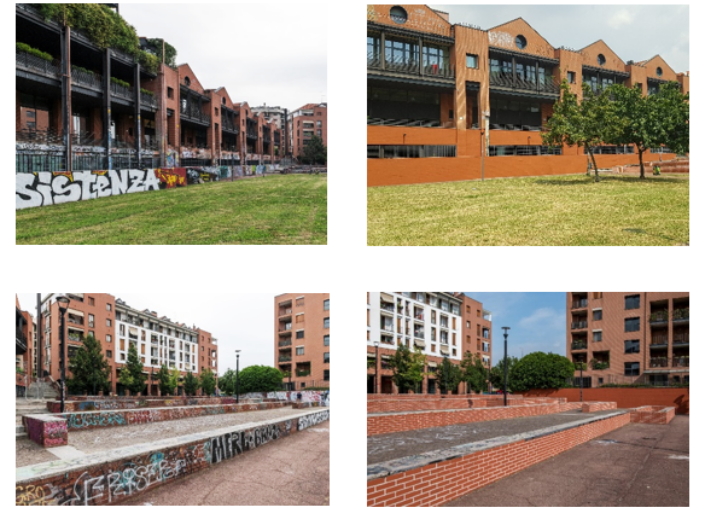 Working with the Community

Being part of the wider “SAVE” – short for ‘SAmsung Volunteer Employee’ – initiative, a company-wide program that encourages employees to play an active role in giving back to the community, this project was carried out in collaboration with Retake Milano, a non-profit association that aims to “improve the quality of life through the enhancement of the Milan metropolitan area”; AMSA, the waste management service; and the Municipality of Milan.

After the park was successfully renewed, a roller and brush were handed over to Samsung Electronics Italia‘s management in the presence of Roberta Guaineri, Councilor for Tourism, Sport and Quality of Life; Eugenio Petz of the Department of Participation, Active Citizenship and Open Data; Santo Minniti, President of the area Municipio 6; and the citizens’ committee – as a symbol of the new cleaned Baden-Powell park.

“We are very grateful to Samsung employees who, with their SAVE project, have made such an ambitious project possible,” said Andrea Amato, president of Retake Milano. “A year ago, when the residents had reported this problem to us, it was unthinkable for us alone to make such an extensive intervention. I replied that an army would be needed. We found that army of volunteers in Samsung.”

Commitment to Communities We Operate In 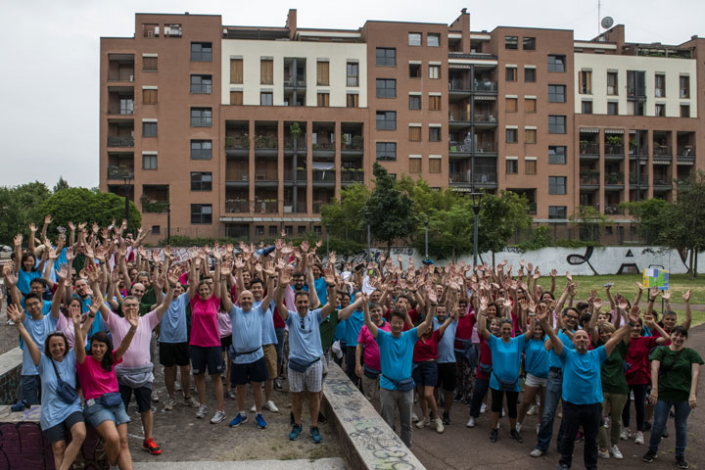 “During our 27 years of operation in Italy, we have committed ourselves to innovations in various fields – from art to school, from safety to professional training – endeavoring to enhance digital technology to support specific local needs,” said Mario Levratto, Head of Marketing & External Relations, Samsung Electronics Italia. “Today we are pleased and proud to be able to make our contribution, though more physical than digital this time, for the enhancement of Milan, a city we are very much attached to.”

The SAVE for Milan initiative consolidates Samsung’s ties with Milan and its commitment to help transform it into an innovative and avant-garde metropolis. This commitment started with the creation of the Samsung District, where Samsung hosts meetings and conferences, which brought more than 200,000 visitors just in 2017. 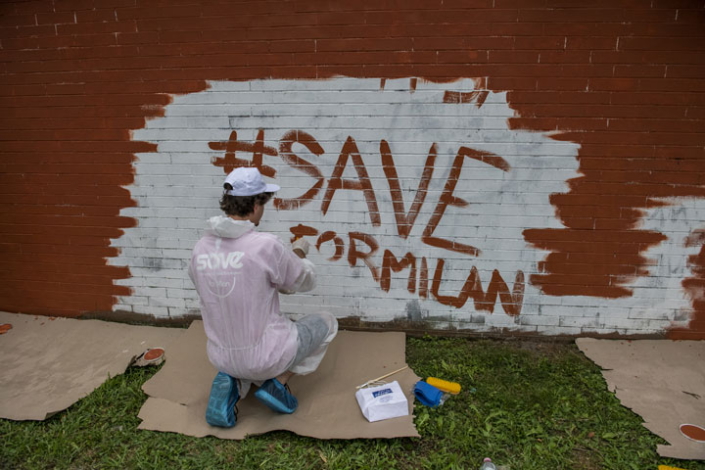 A volunteer writes #SAVEforMilan, the title of the initiative, before painting over it with the rest of the graffiti 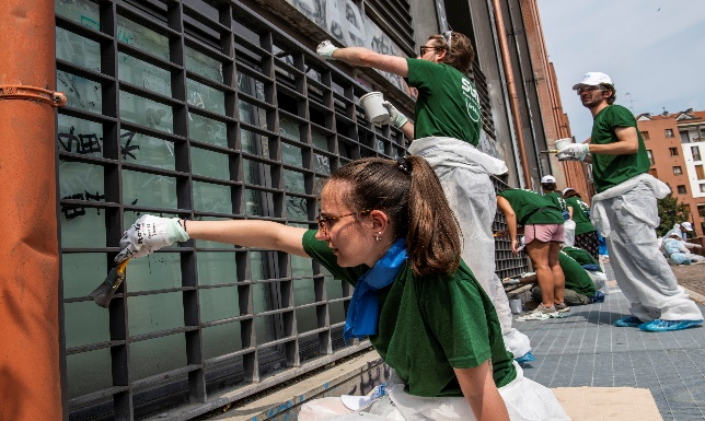 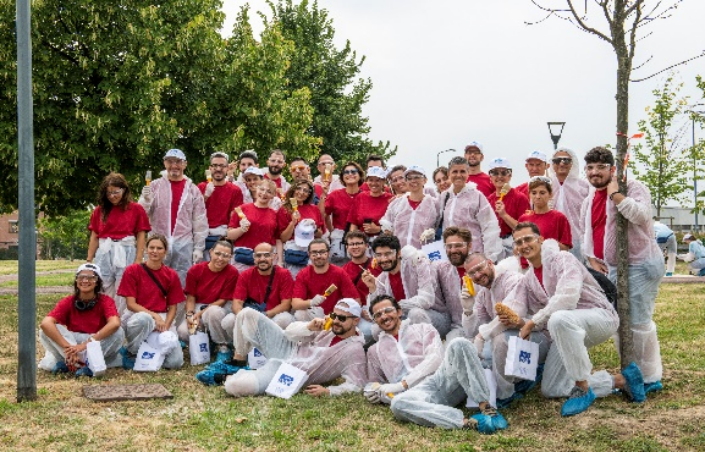