Students Show Off Their Coding Know-How at Samsung Developer Conference 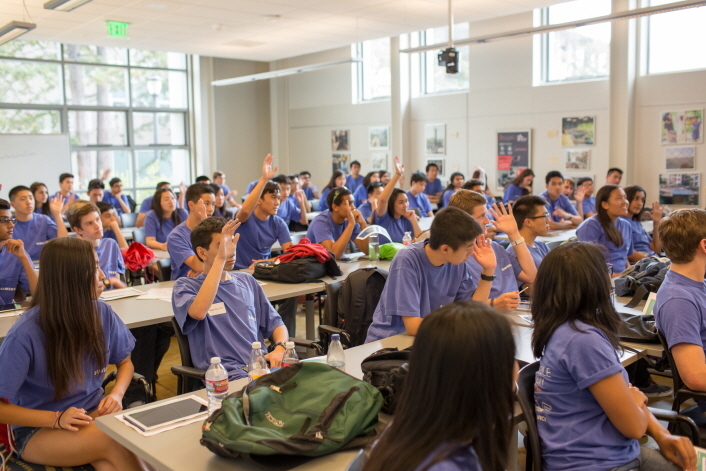 Student developers will stand alongside professionals at the Samsung Developer Conference in San Francisco today. The students, chosen from the five winners of the 2015 Samsung Mobile App Academy, made apps to address issues in their local communities. Winning apps include an interactive pill chart to incentivize children with serious illness to take their medication, a system for diagnosing pulmonary illnesses and a game to teach kids coding.

A summer program held at universities across the country, Samsung Mobile App Academy offers students in grades 11 and 12 the opportunity to learn coding from actual developers and create a marketable app of their own. The goal is to help the students develop the STEM (science, technology, engineering and math) skills critical to careers in the digital age. Participants are asked to focus their apps in one of four categories: health, education, environment and community investment/sustainability.

The five winners of the 2015 Samsung Mobile App Academy will be announced at the conference. They are: 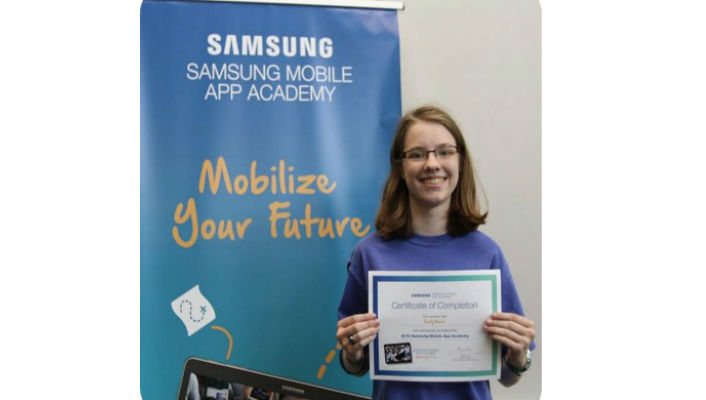 In the Zone at the Conference

Grand Prize winner Emily Waite and Third Prize winner Quymbee Chen will present their apps to attendees at the third annual Samsung Developer Conference at the Moscone Center in San Francisco on April 27 and 28. This year’s conference focuses on the Internet of Things, the interoperability between devices and applications, and virtual reality. Samsung Mobile App Academy winners will be stationed in the Innovator Zone on the showroom floor, with other talented students who participated in similar Samsung programs in regions around the world. The students also will meet Samsung professionals who develop software for a living, giving them the opportunity to meet leaders in STEM fields and likeminded innovators.

Waite got the idea for her digital pill chart from watching her cousin and friend, both with serious illnesses, have to take a lot of medication at the one time. “For my app, I wanted to create a fun way to incentivize children to take their medications,” said Waite. App users receive icon gifts when they take their medicine as well as complete doctor visits. Waite recently decided she will attend Cornell University in the fall and major in mechanical engineering.

Chen chose to make education the focus for her app, as she enjoys tutoring middle school students in computer science. She said: “I wanted to design an app that teaches kids how to code, but I wanted it to be fun, so I modeled it after a popular cartoon. The app trainer pushes the users to improve, while teaching them about computer science topics in ways kids can relate to.”

All five winners participated in the 2015 Samsung Mobile App Academy, attended by a total of 350 students nationwide. The program, which is free and attended by students who are required to go through an application process, lasted five days and focused on a custom coding curriculum. Last summer, Samsung Mobile App Academy programs were held at Massachusetts Institute of Technology (MIT) in Cambridge, Massachusetts; University of California Berkeley in Berkeley, California; Rutgers University in New Brunswick, New Jersey; Rice University in Houston, Texas; University of Maryland in College Park, Maryland; and University of Miami in Coral Gables, Florida.

“These students are well on their way to mastering the art of app creation. They have shown their forward-thinking and creativity through their projects. We are excited to have them at our annual Samsung Developer Conference in recognition of their enthusiasm for STEM and for making a difference in the lives of people around them,” said Ann Woo, senior director of Corporate Citizenship at Samsung Electronics America.

For more than a decade, Samsung’s Hope for Children initiative has been focused on helping youth in underserved communities across the United States gain access to quality healthcare, technology resources and STEM education. In addition to Samsung Mobile App Academy, which started in 2011, the company also supports STEM education through other national programs, including the Solve for Tomorrow contest.

Learn more about the Samsung Developers Conference at http://news.samsung.com/us/press-kits/sdc2016.