Last month, Samsung Electronics Brazil announced the launch of Samsung Audio Acordes (Chords), a free application that teaches people with visual impairments to play the guitar in a practical and intuitive way. The initiative is part of Samsung Social, a project from Samsung Electronics Brazil that uses technology to unlock human potential and invites people to Do What You Can’t. 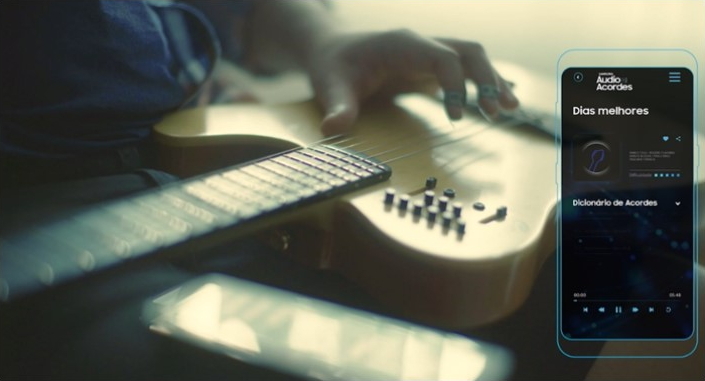 Using  a voice system, Samsung Audio Acordes acts as a facilitator for blind or visually impaired people to learn to play the guitar. The app offers beginners an audio dictionary that teaches them how to play chords and can also tell users when to play which chord as a song progresses. It is especially helpful because  the app eliminates some of the barriers such as the need to know how to read braille, which is only understood by 10% of visually impaired people in Brazil, or having to stop playing every now and then to read the music with the same hands they play the instrument.

“Samsung believes in the human potential and in the transformative power of music and technology which has resulted in Samsung Audio Chords,” said Andrea Mello, Director of Corporate Marketing, Samsung Electronics Brazil. “The application is part of the company’s effort to offer people with visual impairments the opportunity to pursue their dreams of learning to play the guitar. It was designed in such a way as to offer total support and accessibility, even for those who are only learning their first chords.”

Samsung Audio Acordes is available in the Play Store for Android smartphones and tablets from version 4.4 onwards.